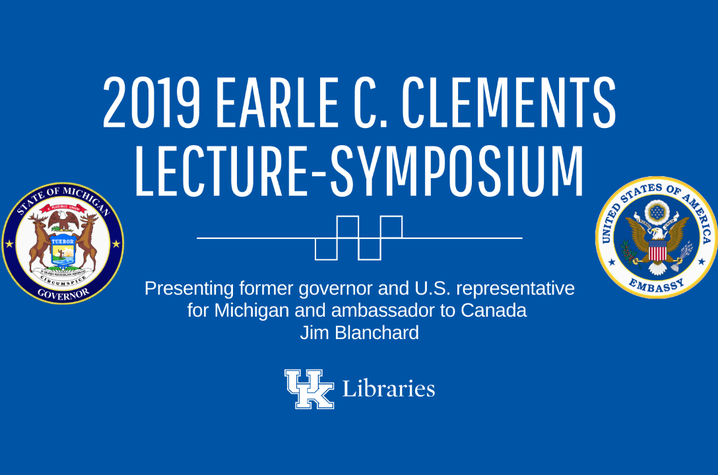 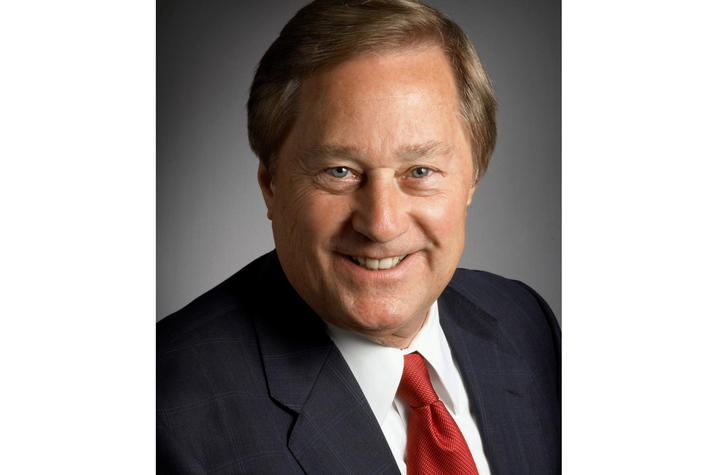 LEXINGTON, Ky. (Oct. 30, 2019) — University of Kentucky Libraries will welcome Jim Blanchard, former governor and U.S. representative for Michigan and ambassador to Canada, to campus for the 2019 Earle C. Clements Lecture-Symposium. Blanchard will discuss his 40 years as a distinguished public servant in the United States and abroad beginning 4:30 p.m. Thursday, Nov. 7, in the UK Athletics Auditorium at the William T. Young Library. The event is free and open to the public.

Former Gov. James Blanchard is a senior partner at the global law firm of DLA Piper and serves as chairman of the National Archives Foundation. He is also a member of the board of directors of the International Spy Museum and co-chairs the Ambassadors Circle at the National Democratic Institute (NDI).

During his tenure as ambassador to Canada, Blanchard managed a broad range of trade, natural resources, environmental and national security issues between the United States and Canada, providing support critical to the passage of both NAFTA and the Open Skies Agreement.

Blanchard’s eight years as Michigan’s governor were notable for his success in turning around the state’s finances, working with the private sector to attract business investment and trade from around the world. He won national acclaim for his innovative approaches to economic development, education, crime fighting, environmental protection and helping children and families.

Before running for governor, Blanchard served in Congress. During his four terms, he distinguished himself for his work to save the Chrysler Corporation, restore America’s economic competitiveness, and oversee financial, monetary, trade and energy issues. Blanchard’s major assignments included the House Banking, Finance and Urban Affairs Committee.