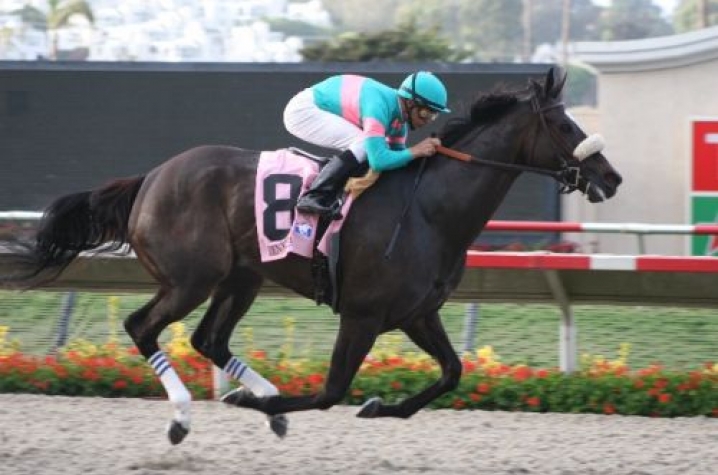 LEXINGTON, Ky. (Sept. 9, 2011) – Jerry and Ann Moss, owners of 2010 Horse of the Year and three-time champion older mare Zenyatta, will speak at the University of Kentucky Equine Initiative Distinguished Industry Lecture Series Sept. 14. The event will be at 6 p.m. EDT in the College of Agriculture’s Seay Auditorium on the UK campus. The event is free and open to the public.

Dan Liebman, past editor-in-chief for The Blood-Horse magazine, will interview the Mosses. The informal conversation and question-and-answer session will cover their experiences with Zenyatta and her impact on Thoroughbred horse racing.

The Mosses purchased Zenyatta at the Keeneland September sale in 2005 for $60,000. The 7-year-old Street Cry (Ire) mare out of Vertigineux by Kris S. won 19 consecutive races in a 20-race career. Her only loss was a narrow defeat by Blame in the 2010 Breeders’ Cup Classic. She was retired at the end of the 2010 season and is at Lane’s End Farm in Versailles, Ky. She is in foal to Kentucky sire Bernardini.

Trained by John Shirreffs, Zenyatta became the first female to win the Breeders’ Cup Classic in 2009 in the 27-year history of the race. She also won the 2008 Breeders’ Cup Ladies’ Classic. Zenyatta won three Eclipse Awards as champion older mare in 2008, 2009 and 2010 and Horse of the Year, the highest honor in American racing, in 2010. Other accolades include being voted the No. 2 AP Female Athlete of the Year in 2009 and 2010. Oprah Winfrey named her to the 2010 “O Power List” in O, The Oprah Magazine, and she was also featured in W Magazine and on “60 Minutes.”

Jerry Moss co-founded A&M Records with Herb Alpert. A&M Records became one of the world’s largest independent record companies and was sold in 1990. Alpert and Moss were inducted into the Rock and Roll Hall of Fame in 2006 as nonperformers. During his 30 years with A&M Records, Jerry Moss worked with many famous artists, including The Carpenters, The Police and Janet Jackson. Ann Moss is an artist. The Mosses began buying horses in the 1970s.

“We are excited by the opportunity to have the Mosses speak during their visit to Lexington for the Keeneland sales and appreciative that they are making time to talk with our students and equine community. Zenyatta’s campaign was an inspiration to all of us involved in the horse industry. She was campaigned in the best way for her racing career, giving thrill and access to legions of fans,” said Nancy Cox, associate dean for research in UK’s College of Agriculture and administrative leader for UK’s Equine Initiative.

“We are tremendously fortunate to have the Mosses present at our Distinguished Lecture Series to our students, faculty and staff as well as Lexington’s horse community. The Mosses have had a tremendous impact on the Thoroughbred racing industry,” said Ed Squires, director of the Equine Initiative and executive director of the Gluck Equine Research Foundation.