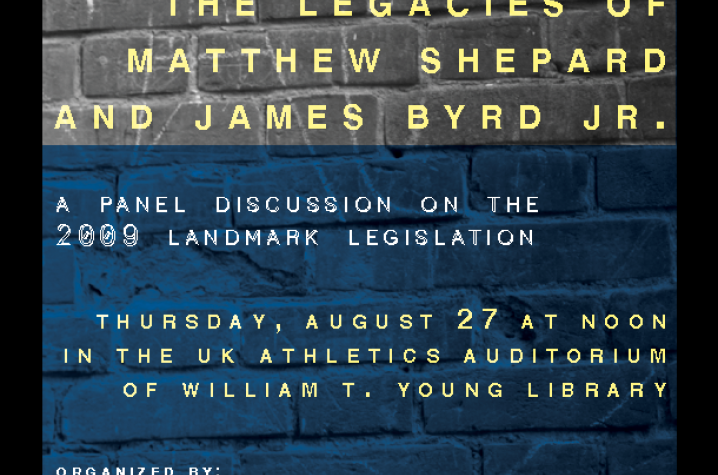 The federal law gives the FBI authority to investigate violent hate crimes, including violence directed at the gay, lesbian, bisexual, and transgender community.

"This event will be an important space for our communities to engage in conversations about the innate value of every person and the importance of understanding and advocating for diversity in many forms," said Lance Poston, director of LGBTQ* Resources. "Along with campus experts, contributors from the U.S. Attorney’s Office and the Matthew Shepard family will talk about the important legacies of the landmark 2009 national hate crime legislation named for Matthew Shepard and James Byrd Jr., expanding our conversations from campus resources to regional and national experiences.”

All students, faculty and staff are encouraged to attend. Attendees may submit panel questions prior to the event by using #DOJatUK on Twitter.