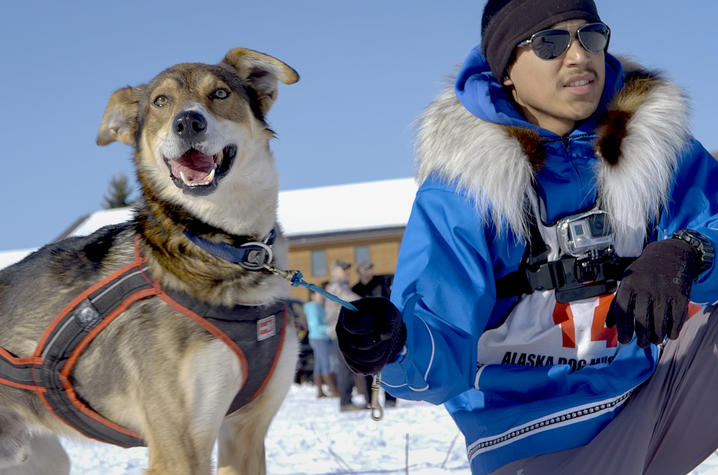 ATTLA follows an aging Alaska Native dogsled champion as he trains his grand-nephew to carry on a century-old village tradition. Photo by Catharine Axley

LEXINGTON, Ky. (Feb 10, 2020) — On Wednesday, Feb. 12, the University of Kentucky College of Arts and Sciences will host a screening of the award-winning PBS documentary "ATTLA." The event will begin at 6:30 p.m. with a reception in the James F. Hardymon Theater (located in the Davis Marksbury Building). The documentary screening will follow promptly at 7 p.m.

"ATTLA," directed by UK's filmmaker in residence Catharine Axley, follows an aging Alaska Native dogsled champion as he trains his grand-nephew to carry on a century-old village tradition and compete in the world’s largest dogsled sprint race.

The film tells George Attla’s gripping story — from his childhood as a tuberculosis survivor in the Alaskan interior, through his rise as 10-time world dogsledding champion.

Attla's battle with tuberculosis led to having his knee fused, which forced his leg to stay straight for the rest of his life. His medical journey kept him largely in hospitals for nearly a decade. When Attla returned to his village in Huslia, he had forgotten his language and cultural ways.

But with one good leg and fierce determination, Attla became a legendary sports hero. He rose to international fame during a unique period of history when Western economies and education penetrated interior Alaskan villages.

More than just covering the 50-year career of the "greatest musher of all time," Axley also delves into the present-day impacts of historical trauma on Alaska Native communities.

"I’m so excited to share 'ATTLA' with the UK community," she said. "The film’s focus is on the incredible life story of an American sports hero most of us have never heard of, but it also explores universal themes around intergenerational relationships, identity formation and the unique challenges of passing on cultural traditions."

Following the screening, attendees can participate in a Q&A session with Axley. The event is free and open to the public.

You can watch a trailer for the documentary at this link.