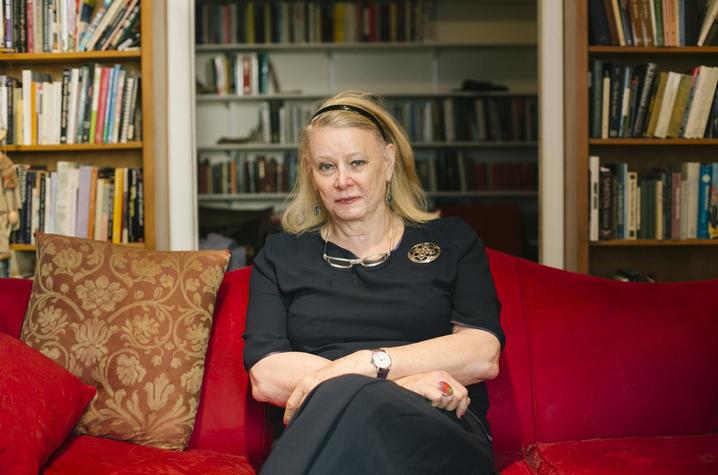 As a speaker for the Lewis Honors College, Deidre McCloskey will discuss what she defines as “true liberalism” and how that grants social equality, economic liberty, and legal justice to individual citizens. Photo by Taylor Glascock.

LEXINGTON, Ky. (March 30, 2021) — On Tuesday, April 6, the University of Kentucky Lewis Honors College Speaker Series will welcome economist, author and professor emerita at the University of Illinois at Chicago Deirdre N. McCloskey for a talk titled “True Liberalism is Non-Slavery.”

The event will be presented via Zoom webinar at 7 p.m. Registration is required. If event attendance exceeds 500, McCloskey’s talk can also be viewed live on the Lewis Honors College YouTube Channel.

Deirdre Nansen McCloskey is Distinguished Professor of Economics and of History Emerita, and professor emerita of English and of communication at the University of Illinois at Chicago. A Harvard-trained economist, she has written 25 books and edited seven more, and has published some 400 academic articles on economic theory, economic history, philosophy, rhetoric, feminism, ethics, politics, gender studies and law.

Since October 2007, she has received six honorary doctorates. In 2013, she received the Julian L. Simon Memorial Award for her work examining factors in history that led to advancement in human achievement and prosperity. Most recently, she received the George S. Eccles Prize for Excellence in Economic Writing for her text “Why Liberalism Works: How True Liberal Values Produce a Freer, More Equal, Prosperous World for All,” from Columbia University Business School. Her main research interests include the origins of the modern world, the misuse of statistical significance in economics and other sciences, and the study of capitalism, among many others.

McCloskey describes herself as a "postmodern, free-market, quantitative, literary, Episcopalian, feminist Aristotelian.” As a speaker for the Lewis Honors College, she will discuss what she defines as “true liberalism” and how that grants social equality, economic liberty and legal justice to individual citizens.

“True liberalism is not what you think it is — it's not the Democratic Party, it's not left wing. And it's not conservative, either. It's not on the conventional spectrum, but floats happily above it!” McCloskey said. “We true liberals believe that no one should be a slave, not to a master, not to a husband, not to the Internal Revenue Service. To put it another way, true liberals believe everyone should be treated as adult, not a child. That doesn't mean we don't want to give a hand-up to people in need. I am in fact a Christian liberal, and acknowledge a responsibility towards the poor. But that doesn't mean making anyone into a slave.”

For more information on the event and McCloskey, visit www.uky.edu/honors/McCloskey.