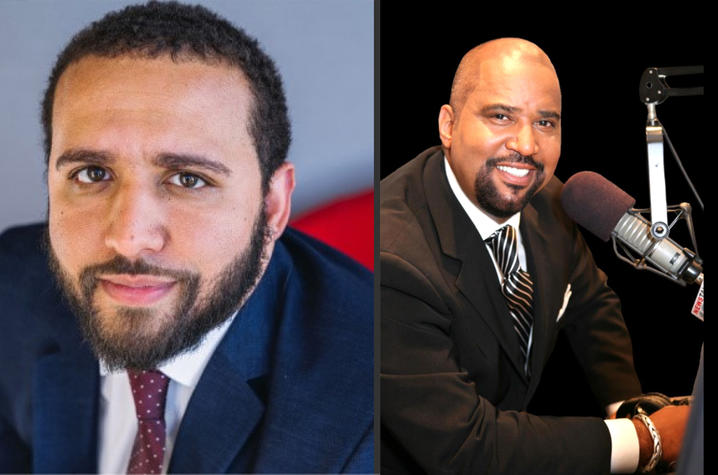 LEXINGTON, Ky. (Feb. 8, 2021) — Award-winning journalist and CBS News correspondent Wesley Lowery will give a talk, “Covering Social Justice in the Era of Social Media,” as the inaugural speaker for the University of Kentucky College of Communication and Information's (CI) Angelo B. Henderson Lecture Series Tuesday, Feb. 9, from 5-6:30 p.m. EST.

“We are excited and honored to launch the Angelo B. Henderson Lecture Series with such an important and timely topic and speaker. Wesley Lowery’s work exemplifies the vital role of good journalism in a democracy,” said Erika Engstrom, director of the UK School of Journalism and Media in CI.

Lowery, a nationally renowned journalist and book author, specializes in the coverage of diversity, race, crime, urban and political issues. Prior to CBS News, he reported for The Washington Post, where his work on “Fatal Force,” a project on police shootings, helped the Post win the Pulitzer Prize for National Reporting in 2016. He previously reported for the Boston Globe and the Los Angeles Times. His work also has appeared in The New York Times, The Wall Street Journal, Detroit News, The Atlantic and GQ Magazine.

Angelo B. Henderson, a Louisville native and 1985 University of Kentucky journalism graduate, worked as a reporter for The Detroit News, The Courier-Journal, The Wall Street Journal and the St. Petersburg Times. He also served as a leader in the National Association of Black Journalists. In 2005, he was inducted into the University of Kentucky Alumni Hall of Fame and posthumously inducted into the Kentucky Journalism Hall of Fame in 2016.

As Deputy Detroit Bureau Chief of The Wall Street Journal, Henderson won the Pulitzer Prize for Feature Writing in 1999 for reporting on the long-lasting effects of crime after an attempted robbery at a drug store ended in the robbery suspect’s death.

Later, he began a second career as a talk-show host for WCHB-AM, became an ordained minister, co-founded a crime-watch group and started Angelo Ink, a freelance-writing, speaking and consulting business.

Henderson was known for his community service, engaging personality and wide network of sources, as well as his ability to report about people in all walks of life. When Henderson passed away in 2014 at age 51, then Detroit Mayor Mike Duggan noted that few people had worked as tirelessly and passionately to improve the community.

“Angelo Henderson was a shining example of all that we hope our graduates in the College of Communication and Information will accomplish in their careers,” Dean Jennifer Greer said. “Although his life was cut short, the impact he had on the profession and the community was vast and profound. We are honored to keep his legacy alive with this series and the scholarship in his name.”

Full information on the Angelo B. Henderson Lecture Series can be found here.