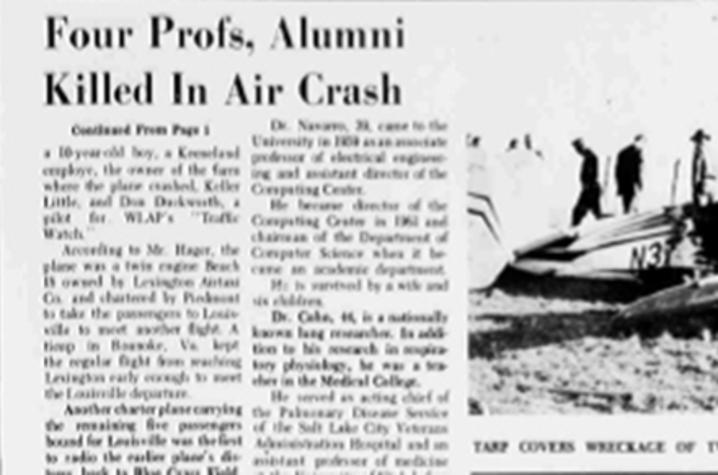 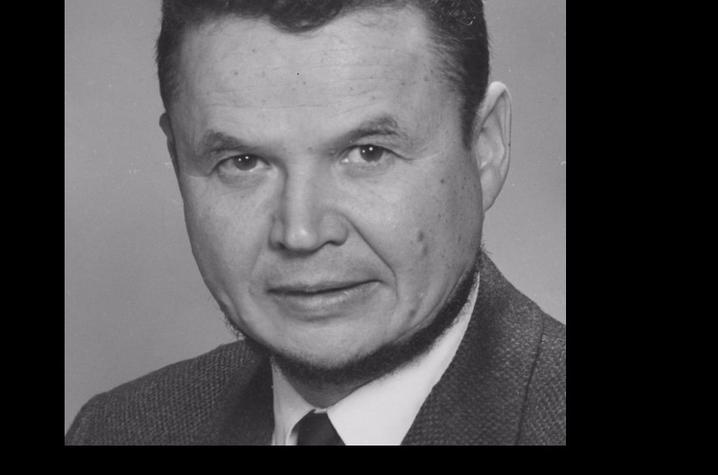 LEXINGTON, Ky. (April 4, 2017) – Laurin Schweet and her brother Richard Raymond Schweet were just young children in 1967 when their father, Dr. Richard Schweet, a professor and the founder of what is now the Department of Molecular and Cellular Biochemistry at the University of Kentucky College of Medicine, was tragically killed in a plane crash that took nine lives in all, four of whom were UK and College of Medicine faculty members. In addition to Schweet, the other UK faculty were Dr. R.C. Simonini and Dr. Jerome Cohn from the College of Medicine, and Dr. S.O. Navarro, associate professor and chair of the Department of Computer Science.

April 3, 2017, marked the 50th anniversary of the airplane crash that the Lexington Herald Leader reported at that time to be “the most tragic airplane accident in the history of Central Kentucky.”

“A news article regarding the university’s involvement in the memorial of the 2006 Comair Flight 5191 brought sadness for me and more than a little reflection,” Laurin Schweet said. “Following the airplane crash in 1967, UK established faculty memorial scholarships for the children of the deceased faculty. My brother and I were beneficiaries of a tuition-free education at the university.”

Laurin Schweet is now a private practice lawyer in Seattle, Washington, and Richard Raymond Schweet is a mechanical engineer and the owner of Kinetic Vision, a Cincinnati technology-based design and product development company.

“Both my brother and I feel that our undergraduate education gave us a firm foundation for later academic studies, and we are grateful for the opportunities that the university provided for us,” she said.

The passengers on the plane were originally scheduled to fly out of Lexington on Piedmont Airlines to Louisville to meet connecting flights. However, the plane was delayed in Roanoke, Virginia, due to mechanical difficulties and rather than delay their travel plans, the Piedmont passengers decided to charter two Beechcraft twin-engine planes to take them to Louisville. The first Beechcraft carrying six other passengers took off and made it safely to Louisville. Despite what appeared to be a normal take-off, as reported by an airport official, the second plane developed engine trouble and crashed less than two miles from the end of the runway at Lexington’s Blue Grass Airport.

“They were not only eminent scholars but also men who served their university, community, and country with distinction,” said former UK President John Oswald.

“In honor of these pioneering faculty, we want remember them on this 50th anniversary,” said Dr. Robert S. DiPaola, dean of the UK College of Medicine.