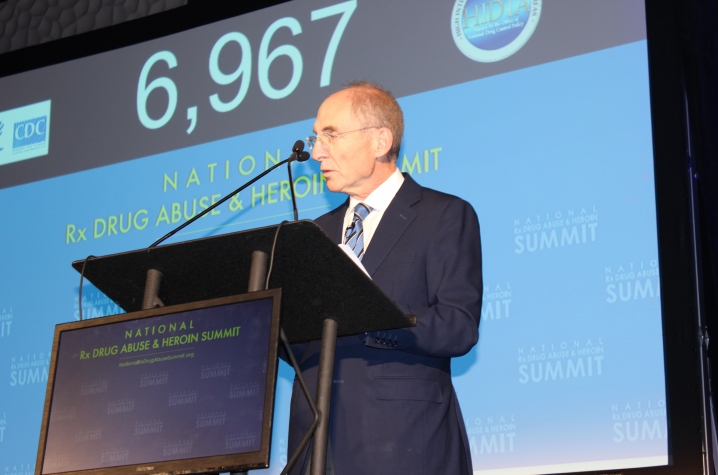 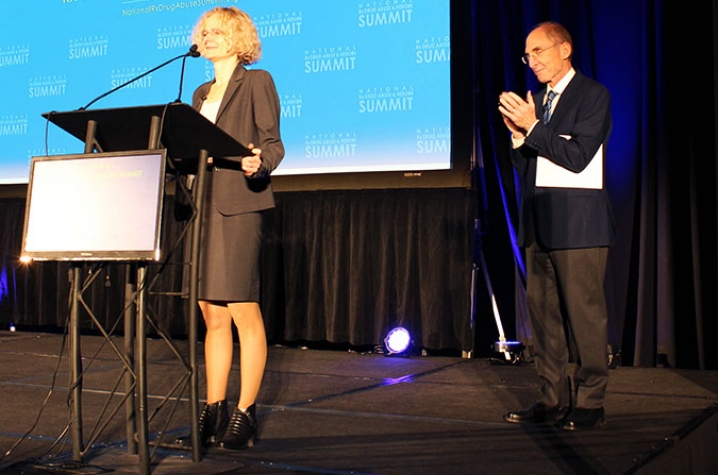 ATLANTA, Ga. (March 31, 2016) — University of Kentucky President Eli Capilouto positioned Kentucky as leader — not a victim — of the nation’s prescription drug and heroin crisis as a keynote presenter at the National Prescription Drug Abuse and Heroin Summit on March 30.

Kentucky, a focal point of the country’s opioid epidemic, has experienced high rates of opioid and heroin abuse and overdose deaths. Capilouto emphasized that UK has assumed a responsibility in leading the charge against the crisis in the state and the nation. He took the opportunity to highlight UK research projects, clinical services and outreach efforts targeting substance abuse and repairing communities across the state where the drug epidemic has taken a devastating toll.

UK’s research portfolio includes 68 research and nearly $100 million dedicated to substance abuse research. UK HealthCare faculty members serve patients through more than 200 affiliated hospitals and facilities and 10,000 hospital beds across the state. Capilouto also mentioned UK’s involvement in the Shaping Our Appalachian Region (SOAR) initiative, which aims to improve health care and the quality of life in the Appalachian regions of Kentucky.

Capilouto applauded the work of Kentucky legislators, researchers, law enforcement workers, clinicians and community members who are making a dent in the opioid epidemic. He said the imminent challenge for Kentuckians will be learning how to coordinate efforts and work collaboratively to reach individuals impacted by substance abuse. In acting as a leader in research and health care, UK will disseminate scientifically proven interventions, medical treatments and clinical services to communities in need.

Capilouto said the need for greater discovery, collaboration and outreach into communities was the impetus behind the $265 million multi-disciplinary research building being constructed on the UK campus.

He said state legislators — who approved half the funding for the new building —had a far-reaching vision for how UK in partnership with communities can play a pivotal role in attacking and defeating the most pernicious health issues confronting the state.

Moreover, Capilouto noted, the recent increase in NIH funding of more than $1 billion — a move strongly supported by many members in Kentucky’s Congressional delegation — enables UK to compete even more successfully for federal biomedical research funding, much of which can be focused on discovery and treatment of some of the more intractable challenges in the Commonwealth.

“We want (our researchers) to be equipped with the latest and greatest weapons to defeat the scourge that affects our communities and yours,” Capilouto said.

Capilouto introduced U.S. Rep. Hal Rogers, who founded the nonprofit Operation UNITE, and keynote speaker Dr. Nora Volkow, director of the National Institutes on Drug Abuse. The morning keynote session concluded a keynote presentation from Tom Frieden, the director of the Centers for Disease Control and Prevention, who invoked American liberties to describe the rising burden of prescription drug abuse, citing increasing rates in nearly every state from 2010 to 2014.

“There is nothing that undermines free will more than addiction. It gets to the essence of our humanity,” Frieden said. “Release form addiction is difficult, but possible.”