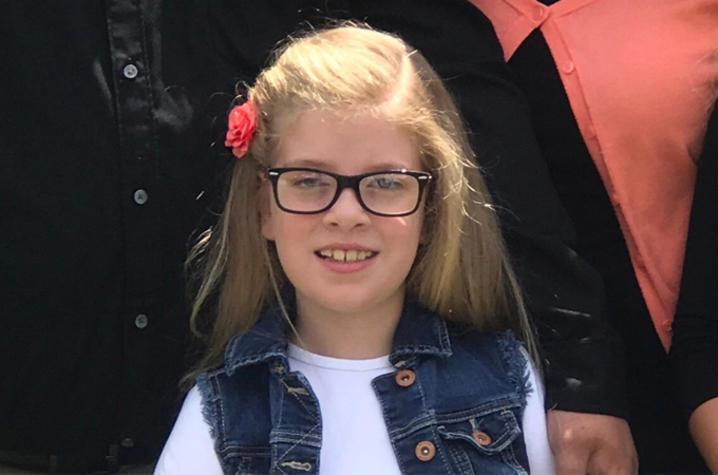 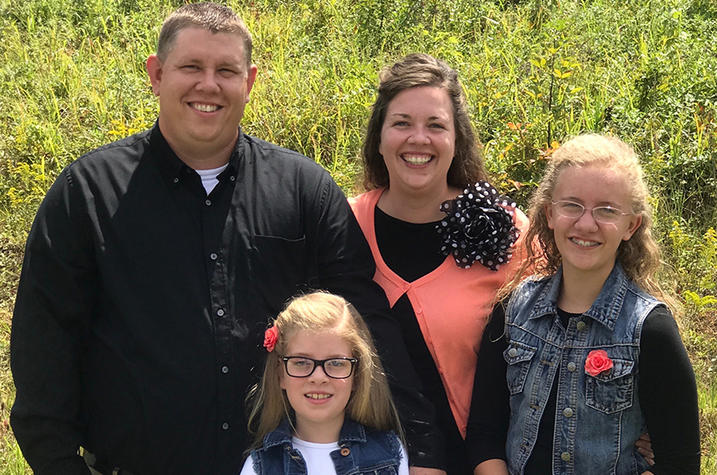 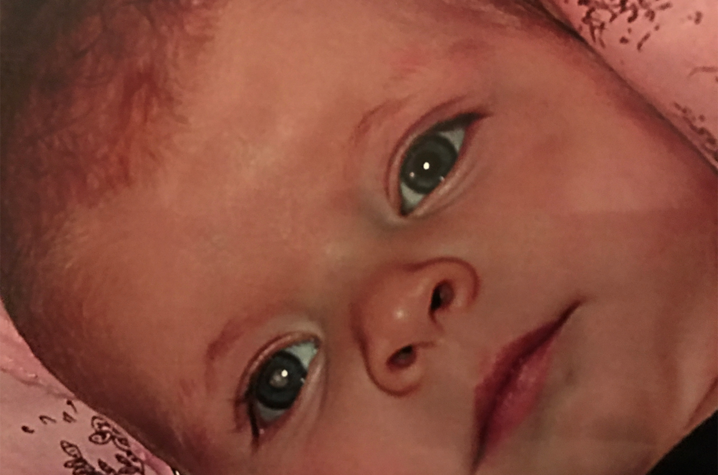 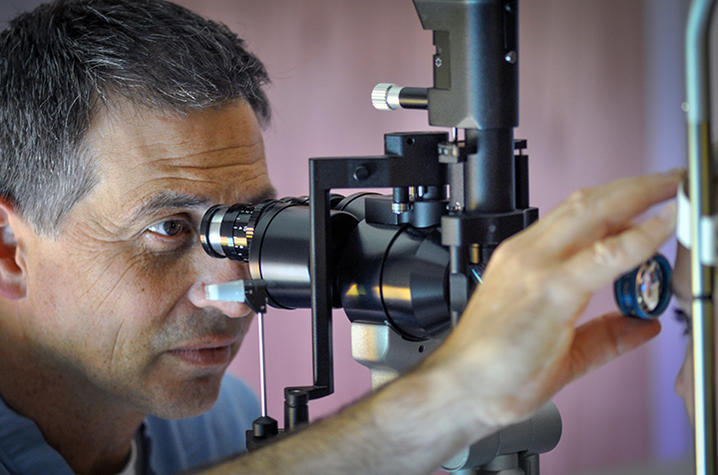 LEXINGTON, Ky. (Aug. 15, 2017) – Kenley Overton’s parents didn’t know much about retinoblastoma when they took their infant Kenley in for her four-month wellness checkup, but that quickly changed.

Kenley was born  Aug. 24, 2010, to Jason and Kendra Overton. Kenley was a welcome addition to the family by her big sister Jaylen. When Kenley was a few weeks old, the Overton’s noticed her right eye would cross frequently. They brought it up to their local pediatrician during a wellness checkup and were told that this was not abnormal for newborns and they shouldn’t worry.

However, when they brought her in for her four-month wellness checkup and her right eye was still crossing, the pediatrician suggested Kenley see an eye doctor as it was likely she would need glasses to fix the issue. In a whirlwind of appointments, Kenley saw an optometrist who believed she had a detached retina and referred her on to Dr. Peter J. Blackburn at UK HealthCare Advanced Eye Care Clinic who, after some testing, diagnosed Kenley with retinoblastoma – a form of eye cancer that begins in the retina. Thirteen days after her wellness check, Kenley was scheduled for surgery with Blackburn to evaluate the situation and decide on a plan for moving forward.

When Blackburn came out of surgery, he told the Overton family it was the best-case scenario, and that the cancer was only in Kenley’s right eye. He was pleasantly surprised because at such a young age, he had suspected the cancer would have been in both eyes. The decision was made to enucleate Kenley’s right eye that day. As a precaution, in the years following the surgery, Kenley was regularly monitored to make sure the cancer hadn’t spread to her left eye. As she continues to grow and show no signs of the retinoblastoma in her left eye, Blackburn became more confident that it would be contained to the one eye.

Blackburn says that while there are no known avoidable risk factors for retinoblastoma, some gene changes that put a child at high risk of retinoblastoma can be passed on from a parent. Children born to a parent with a history of retinoblastoma should be screened for this cancer starting shortly after birth because early detection of this cancer greatly improves the chance for successful treatment.

Kendra Overton looks back on this difficult time in Kenley’s life and remembers how tough it was on her marriage and parenting. While taking care of Kenley, she and Jason also cared for Jaylen, who was 4-years-old at the time and could see the anguish in her parents. But through the stress, she remembers Blackburn and the care he provided for Kenley.

“Dr. Blackburn was a very confident in the information he delivered about Kenley and her treatment plan and he had a wonderful bedside manner,” she said.

Something about Blackburn she remembers most fondly is that he took the time to pray with her family before Kenley’s surgery. “At a time when we were falling apart, we really needed that and you don’t normally hear of doctors doing that.”

Kenley is now a thriving 6-year-old. Overton describes her daughter as naturally funny and someone who never meets a stranger and just has a love for people.

“Everyone who comes in contact with her says she is just so amazing.”