His high blood pressure had persisted for more than 20 years.  His diabetes was worsening.  He'd gone from a prescription of just one drug, to two, then to three, and finally four. He'd taken early retirement from his job as a bank equipment repairman because he had trouble climbing into his van. Then, when he had trouble getting to his beloved garden at his farm in Nicholasville, he decided to take control.

"The garden is down the hill from the house, and I couldn't get down there unless I rode my tractor," Wall said. "I have a five-year-old granddaughter, Avery, and I love to spend time with her."

"I know those drugs don't work forever, and if I didn't do something about my health, I wouldn't be around to watch Avery grow up."

Wall cut all sugar and carbs from his diet, and did as much exercise as he could tolerate. He scoured the internet for information that could help him lose weight and get healthy. Over several months, Wall lost 100 pounds. He was able to come off his diabetes medicine, but his blood pressure remained stubbornly high.

"Consistently high blood pressure — also called hypertension — damages the tissues of the artery walls," said Dr. Khaled Ziada, an interventional cardiologist at the University of Kentucky's Gill Heart Institute. "If left untreated, hypertension can lead to serious medical problems like stroke and even death, particularly in people who also smoke or have high cholesterol and/or diabetes, as Tom did."

Hypertension is a chronic condition in which the systolic blood pressure (the top number in the measurement that your health care provider gives you) exceeds 140 mmHg and/or the diastolic blood pressure (the bottom number) exceeds 90 mmHg. Although it's normal to experience minor fluctuations throughout the day, one in three Americans experience high levels of blood pressure (exceeding 140/90) even without activity or stress. Wall's was 170/110 on good days, and as high as 200-210 on bad ones – called a "hypertensive crisis."

Ziada explains that patients can sometimes lower their blood pressure on their own by eating a balanced low-salt diet and adopting healthy lifestyle habits such as losing weight, exercising more, stopping smoking and reducing stress. When these changes aren't enough, there are numerous drug therapies that can be used separately or in combination to lower blood pressure. Sometimes, however, hypertension persists despite lifestyle changes and medications. Wall fell in this unfortunate group of people with what's called "resistant hypertension."

He returned to the internet for information.  Then, one day, he saw an ad for a clinical trial called SPYRAL at the Gill Heart Institute.  He called the number immediately.

SPYRAL uses a minimally invasive method to pulse small doses of energy through a catheter placed in the renal artery just outside the kidney itself, potentially decreasing the sensitivity of nerves lining the walls of the kidney arteries and reducing the signals that cause hypertension. There are only 24 sites testing SPYRAL worldwide; UK was one of the first 10 sites to be selected for this important research.

Wall's blood pressure was too high to qualify for SPYRAL at first, so he worked with Dr. Ziada and his team to lower his systolic blood pressure to 150 before being eligible for inclusion in the study.

SPYRAL is what's called a randomized, double-blind study, which means that only half of study participants actually receive the treatment while the other half receives a placebo, or "dummy" treatment. Furthermore, neither the patient nor the doctor who follows the patient knows who receives the treatment and who doesn't. If initial data after 12 months indicates that SPYRAL does, in fact, lower blood pressure, the treatment will be offered to the patient in the study who initially received only placebo treatment.

According to Alexandra Hull, one of the SPYRAL study coordinators, being in a research study has benefits, even if you aren't selected to receive the test treatment.

In the meantime, Wall has returned to his farm, built a fort for his granddaughter, and continues to work towards his goal to lose another 50 pounds. He's hopeful that he received SPYRAL the first time around, but if not he says he'll jump at the chance to get it if it's proven effective.

He also encourages everyone to take control of their own health and ask their doctor about new treatments that can help once all other options are exhausted.  "I appreciate the opportunity they've given me. I don't feel like a guinea pig at all, and everyone here has been great." 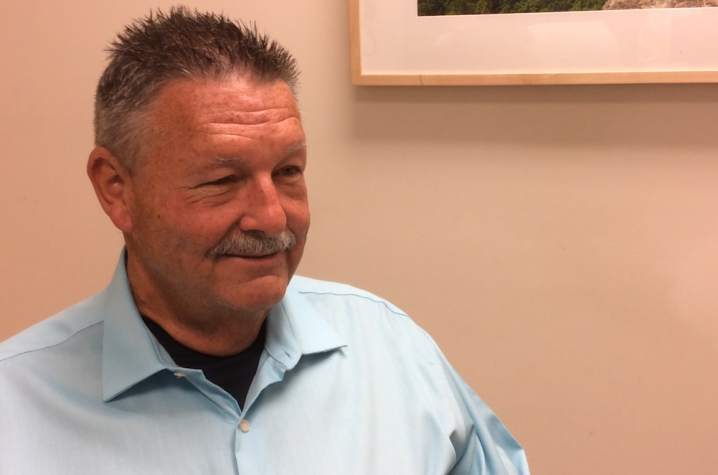