LEXINGTON, Ky. (May 6, 2015) -- Two researchers from the Sanders-Brown Center on Aging have received a multi-million dollar grant renewal to unlock the mysteries of Alzheimer's disease (AD) and brain aging with the help of people with Down syndrome (DS).

People with Down syndrome have a third copy of Chromosome 21, and that chromosome is the same one responsible for the production of a molecule called amyloid precursor protein. Since amyloid overproduction causes the brain plaques that are a cardinal feature of AD, virtually 100 percent of DS people have Alzheimer's pathology in their brain by the time they are 40, although many of them do not yet have the dementia that is the clinical manifestation of AD.

"People develop Alzheimer disease at different ages. It could be in their 30's or in their 20's, but typically it's in their 60s, 70's, or 80's," says Elizabeth Head, Ph.D., an associate professor at the University of Kentucky's Sanders-Brown Center on Aging and co-principal Investigator for the project. "It's a little easier to study Alzheimer's disease in Down syndrome because of the predictability of the age when the DS population develops signs of the disease."

In other words, according to Head, "We may get a clearer understanding of AD that allows us to explore how and why AD develops without following people for 40 plus years. The data we're collecting will undoubtedly ultimately help people with Down syndrome lead healthier lives, and is also likely to inform our understanding of AD in the non-DS population as well."

Dozens of people with DS have volunteered for the research, which involves annual visits for brain imaging, blood work, and neurocognitive testing. The NIH grant renewal, which totals $2.5 million over five years, will allow Head and her co-PI Frederick Schmitt, Ph.D., professor at Sanders-Brown and at UK's Spinal Cord and Brain Injury Research Center, to continue following their initial cohort of 45 participants and add up to 50 more to the group.

Brooke Estep, 40, has been involved in the study for about three years. Brooke's father found out about the study online and presented the idea to Brooke, whose response was an enthusiastic "Yes!"

"Brooke has a friend with Alzheimer's and a grandmother with dementia, and she saw this as a way to be proactive," said Deborah Estep, Brooke's stepmother.

Brooke defies the negative stereotype of people with DS.  She is extremely independent -- has her own apartment, travels alone, reads and writes, balances her checkbook. She is cheerful with a wry sense of humor.  "I love doing this," she says on a recent visit to Lexington for her annual testing.  "I'm helping myself and I'm helping others too."

Test participants meet and get to know a phalanx of research team members who supervise everything from an MRI to assess the status and health of their brain to a comprehensive neurocognitive evaluation that assesses intellectual capacity, visual/spatial skill, executive functioning and a host of other data related to memory, language and learning.

One aspect of the study that is particularly exciting for the team -- and for Brooke -- is the gait analysis study.  Brooke thinks it's fun to walk across what appears to be an enormous yoga mat that records and analyzes every step she takes. But for Head, Schmitt and the team, the data they're collecting might prove their hunch that changes in gait could be a predictor of cognitive decline.

"We believe that gait is related to praxis, when the two sides of our brains share and process information to complete a complicated task such as making a meal," explains Head. "So if a person's gait changes -- perhaps their steps aren't fluid or even, or they have a wider stance, or they hesitate at barriers such as stairs or cracks in the sidewalk -- it's possible that the connections between the two sides of the brain are in decline and other cognitive deficits are not far behind."

The team also takes blood samples from each participant.  As of now, there is no so-called biomarker for AD that would allow diagnosis from a blood test like what is currently available for certain viruses or bacteria.  But a large database of blood samples from patients like Brooke might identify factors in the blood that allow for a diagnosis of AD before a person shows any symptoms.

"If we are able to use the data from this cohort to develop more predictors of AD, it might well be the so-called ‘canary in the coal mine’ that we could use to catch AD earlier, intervene earlier, and provide a better quality of life," said Schmitt.

In the meantime, Brooke looks forward to her annual visits with the team and relishes the thought that her participation in the study might help advance the cause. "We keep saying to ourselves, 'Isn't it awesome that of all our family members, Brooke might be the one to make a lasting mark on society?'" said Deborah Estep.

Schmitt takes Deborah's thoughts a step farther. "About 5 million people in the U.S. alone have Alzheimer's disease, and the social and financial impact of that on patients and their families is immense. People like Brooke who selflessly volunteer their time for the greater good are essential to our efforts to find a cure for this dreadful disease, and we are profoundly grateful for their help."

For more information about participating in the Down Syndrome Study, contact Roberta Davis at Roberta.Davis@uky.edu or 859-218-3865.

For more information about participating in any research, including current studies at UK and the national ResearchMatch registry, please visit ukclinicalresearch.com or call 859-257-7856. 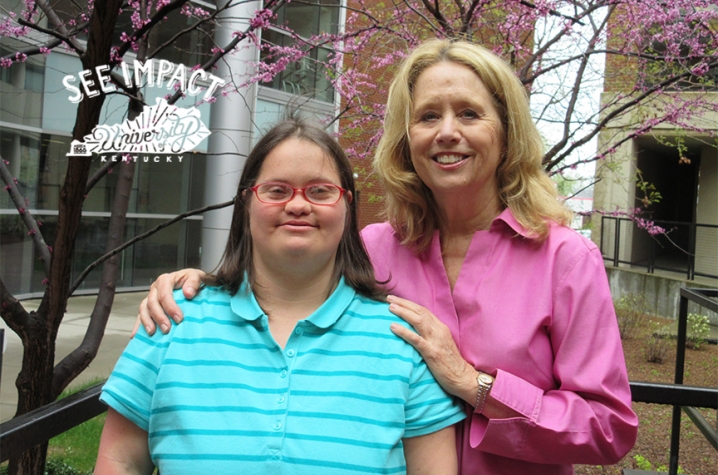 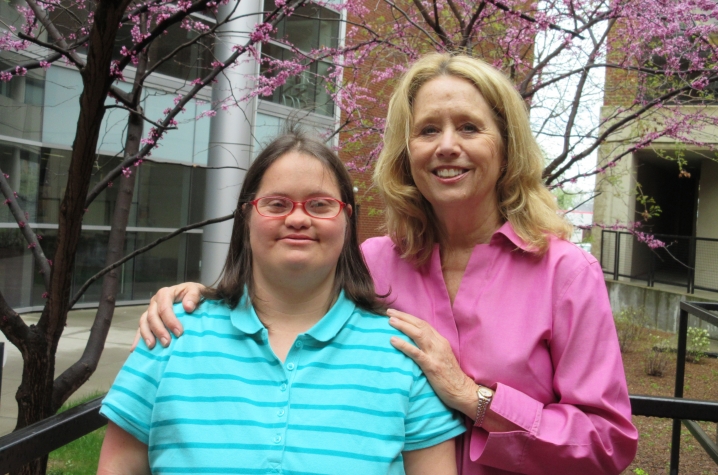 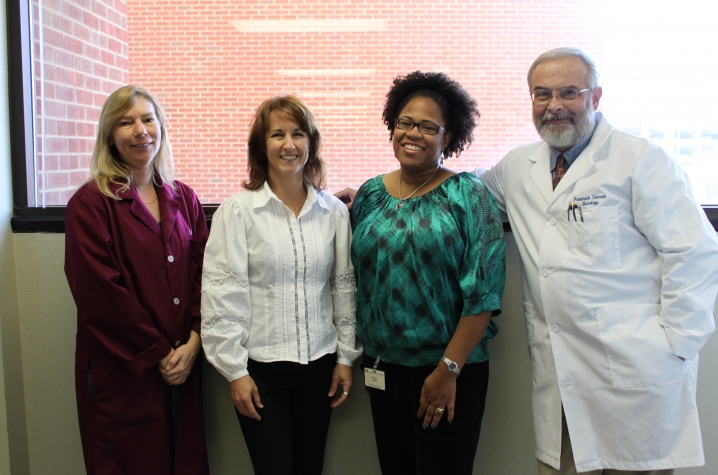 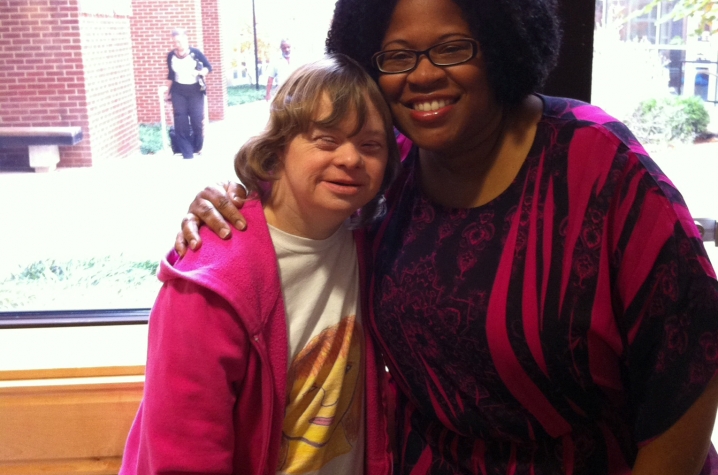