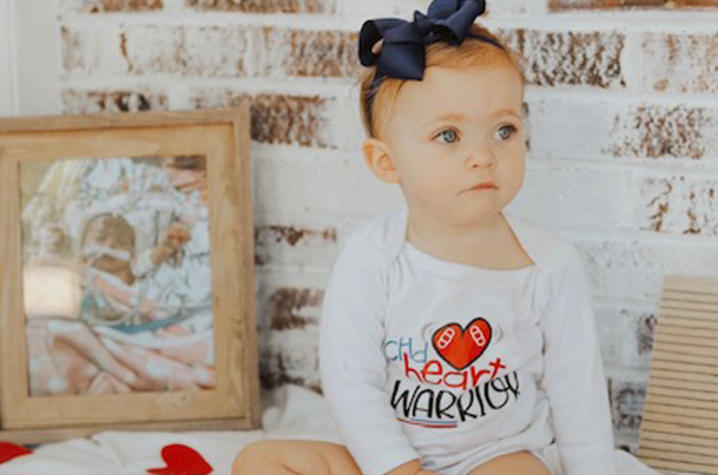 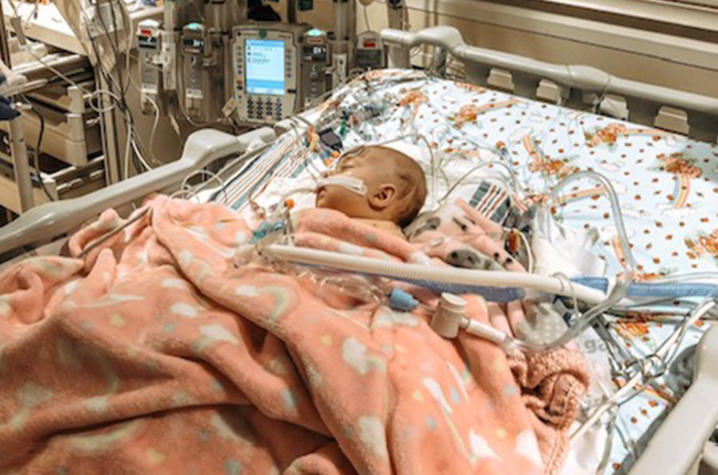 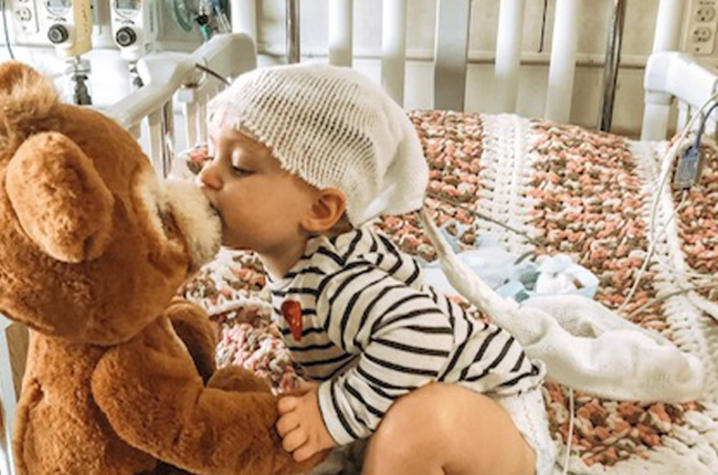 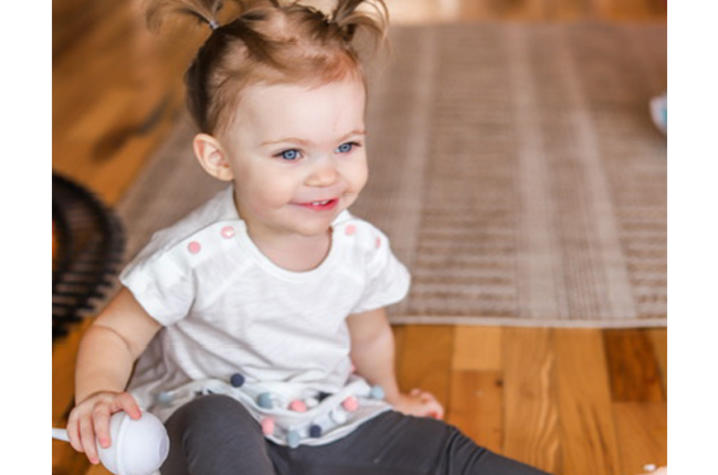 LEXINGTON, Ky. (Feb. 12, 2021) – “She was still really small, but not concerningly small. We never thought to get her tested for anything. We just assumed that she was healthy. All the doctors said she was healthy.”

When Madison McDaniel of Richmond thinks back to the birth of her daughter Jaidyn in May 2019, there were no signs that anything was wrong. Jaidyn had been measuring a little small while in utero, but doctors assumed it was because of an issue with Madison’s placenta. They induced her, and Jaidyn was born three weeks early. But shortly after her birth, Madison knew something wasn’t right.

“I kept noticing that her hands and feet kind of stayed blue and that she had a hard time breathing, and she would kind of get choked up whenever she was breastfeeding,” said Madison. She told her local pediatrician, who assured her that everything was normal and that Jaidyn was perfectly healthy.

Unconvinced, Madison took Jaidyn to another pediatrician who detected a heart murmur. Jaidyn was then referred to Dr. Joshua Hayman, a pediatric cardiologist in the Joint Pediatric Heart Program at Kentucky Children’s Hospital.

Jaidyn was diagnosed with Shone’s complex, a rare congenital heart condition that includes a number of separate heart defects. Jaidyn had aortic stenosis, a narrowing of the aortic valve; mitral valve stenosis, a narrowing of the mitral valve; both atrial and ventricular septal defects, or holes in the walls of the heart chambers; and an interrupted aortic arch, which is the disruption in the semicircular curve of the aorta.

“Her heart was overloaded; she was borderline heart failure,” said Madison. “She was in a very delicate, vulnerable state.”

At three months, Jaidyn had her first heart surgery to repair the interrupted aortic arch. The aorta is the heart’s main blood vessel that carries blood to the rest of the body. A healthy aorta has a semicircular shape, but Jaidyn’s was too narrow. Oxygen-rich blood wasn’t flowing normally to the other parts of her body. Surgeons at KCH removed the narrow section and joined the two healthy ends of the aorta. If left untreated, Jaidyn would have had significant damage to her organs and extremities.

“This is relatively uncommon,” said Dr. Carl Backer, division chief of pediatric cardiothoracic surgery at KCH who performed Jaidyn’s second surgery. “We see maybe two patients like this a year.”

Prior to Jaidyn’s birth, Madison’s obstetrician had a difficult time getting a clear ultrasound because of the position of Madison’s placenta. It took three ultrasounds to even see the four chambers of Jaidyn’s heart. But even with a clear image, Shone’s complex is not easy to detect before birth. In fetuses, there isn’t much blood flow through the left side of the heart. That’s because circulation before birth goes through a temporary blood vessel called the ductus arteriosus which closes shortly after birth. Only then do circulation issues begin to show.

In September 2020, Jaidyn had her second open heart surgery, this time to remove a subaortic membrane that had grown in her left ventricle and was blocking her aorta. The surgery went well, and Jaidyn spent four days recovering at KCH.

At home, she’s a normal high-energy and rambunctious toddler.

“She’s wild,” said Madison. “She's everywhere all the time. She has a lot of energy.”

But Jaidyn has to be careful. Even at two years old, she knows how to pace herself when playing.

“If we're playing, and I pick her up and feel that her heart is racing really hard, she'll need to take a break,” said Madison.

Going forward, Jaidyn will have a lifetime of restrictions. She won’t be able to play sports, but there are other activities she’ll get to do and be like other kids. A third open heart surgery is in her future, as the membrane in her heart has already started to grow back.

But Jaidyn’s family is optimistic, and they are confident Jaidyn is in the right hands.

“I've already watched her conquer two open heart surgeries,” said Madison. “This next one seems like it's going to be a breeze. I can’t say enough great things about Dr. Backer, her nurses, Dr. Hayman and the staff there. Honestly, they were such a breath of fresh air in a time for us that was so uncertain.”