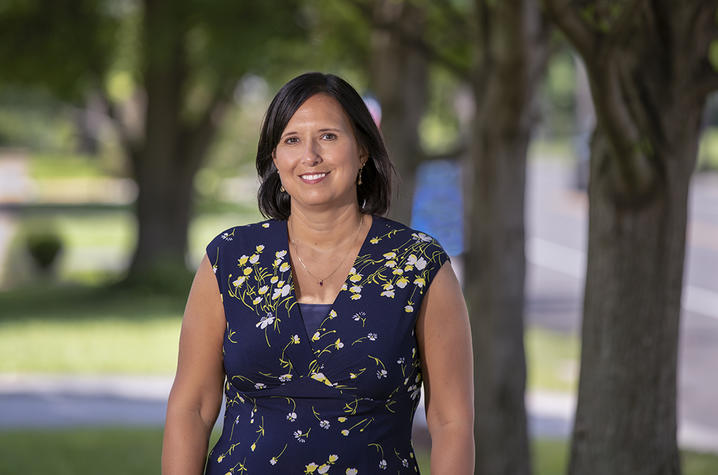 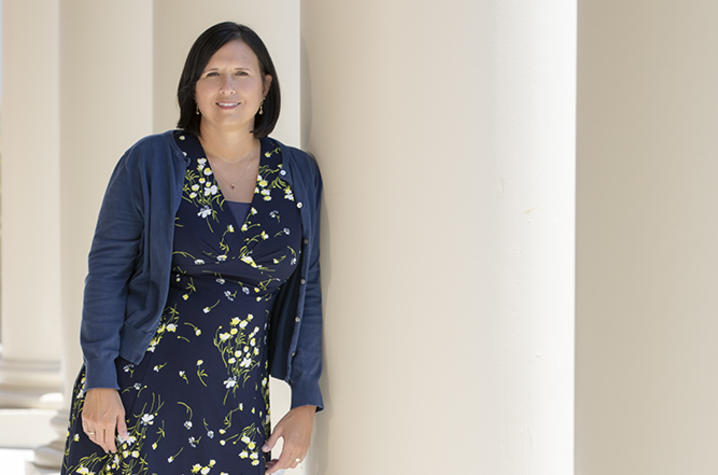 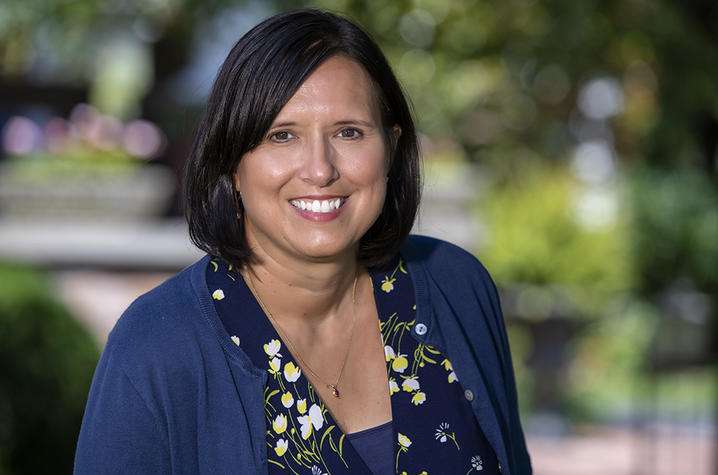 LEXINGTON, Ky. (Dec. 20, 2018) — Whitney Stevenson was in her late 30s when she began experiencing occasional shortness of breath and pressure in her chest.

“I could do two loads of laundry, going up and down the stairs to the basement, and by the third one, I’d be so out of breath I’d have to sit down,” she said.  “But then I could do it the next day and it wouldn’t impact me.”

It didn't make sense to Stevenson, especially since she wasn't overweight and didn't smoke — the more obvious risk factors for heart attack.

So Stevenson dismissed the pains, thinking she was just out of shape. Eventually, however, she and her husband became concerned enough that she made an appointment with a cardiologist. He ran some tests and noted some inappropriate septal motion, but warned Stevenson against further testing, saying that if they looked closely into everyone’s chest, they would find something.

“I felt like I never really got good information about what it was,” she says.

When the pains persisted, she took the findings from her first appointment to another cardiologist, who ran more tests. Stevenson failed her stress test, which prompted the doctor to recommend a heart catheterization. But when the catheterization found no blockages in her arteries, the doctor reassured her that the stress test had been a false positive and she was fine.

Convincing herself she was O.K., Stevenson began training for a 5K. But the shortness of breath and chest pain persisted. Doctors suggested that anxiety or overwork were causing her symptoms.

“Granted, I work full time; I’m also a doctoral student at the University of Kentucky; I am married and the mom of two boys,” she says. "But I knew something was really wrong."

So she began reading about women and heart disease.

Her research led her to UK HealthCare where she met Dr. Gretchen Wells, director of Women’s Heart Health at the Gill Heart & Vascular Institute. As Stevenson told Wells her story, the cardiologist listened closely, asking questions and sharing information. Wells changed some of Stevenson's medications and told her to follow up with any concerns.

Then in March, Stevenson experienced chest pressure and shortness of breath so intense she drove herself to the emergency room. The symptoms abated in the ER, but she was told to follow up with her cardiologist as soon as possible.  Wells immediately ordered another heart catheterization, but this time they would also check Stevenson's smaller vessels through a new procedure called Volcano ComboMap testing. The testing would detect whether she had microvascular heart disease.

Wells says that oftentimes women with cardiac symptoms and abnormal stress tests but whose heart catheterizations are negative, will have microvascular disease. She likens microvascular disease to a situation where "the major highway is completely open, but the side roads are closed off.”

“This means the coronary artery is clear, but you still can’t deliver your red blood cells and carry the oxygen to the heart tissue where it needs to go,” she said.

“In the past our patients would pass their catheterization and we would say, ‘this is a false positive,’” Wells explains. “We would reassure them they didn’t have coronary obstructive disease and then send them on their way. For decades that was the case.”

Then a large National Heart, Lung and Blood Institute study called Women’s Ischemia Syndrome Evaluation (WISE) found that a majority of these women, in fact, had microvascular disease. In light of this finding, UK obtained the testing technology and training to become the only site in the region that routinely checks for microvascular heart disease.

“Men can get this, too; it’s just far more common in women,” says Wells, adding that left untreated, it can also lead to heart failure.

The ComboMap testing measures coronary flow after the administration of two vasodilator drugs. It takes less than 30 minutes and is done much like a heart catheterization, said Denise Sparks, a registered nurse who coordinates the program and educates patients about the procedure beforehand. The patient is given a sedative but is awake throughout.

“It takes longer to set the equipment up than it does to do the procedure, and the results are available immediately,” Sparks said.

When Stevenson's procedure confirmed that she had microvascular disease, it was a huge relief for her to finally know what was going on after seven years of trying to get an answer.

She has since completed a cardiac rehab program which assessed her heart strength and helped her return to an appropriate form of exercise.

“I realize there’s still a lot to do with finding the right medicines and the right treatment program but Dr. Wells definitely has her pulse on what’s needed," Stevenson said.

Both patient and doctor don’t want others to go through this and are intent on educating the public about microvascular heart disease and the technology available for its detection.

"We need to get the word out — not just to patients but physicians as well — that if someone has an abnormal stress test or symptoms and a cardiac catheterization shows no obstructive disease, that does not mean all is well," said Wells. "You need a more definitive test."

Research is just beginning on both the origin and optimal treatment of microvascular heart disease, Wells said. UK HealthCare recently joined a large $14.9 million treatment study coordinated by the University of Florida and funded by the U.S. Department of Defense.

In the meantime, Stevenson and her family are enjoying all the fun the holidays have to offer with a renewed sense of gratitude.

"The quote 'To much is given, much is expected' has really been weighing on me during this season," she said.  "I will never take my health for granted again."

"Spending time with family and friends has become that much more special as I reflect on what might have happened if Dr. Wells hadn't taken the time to listen to me."