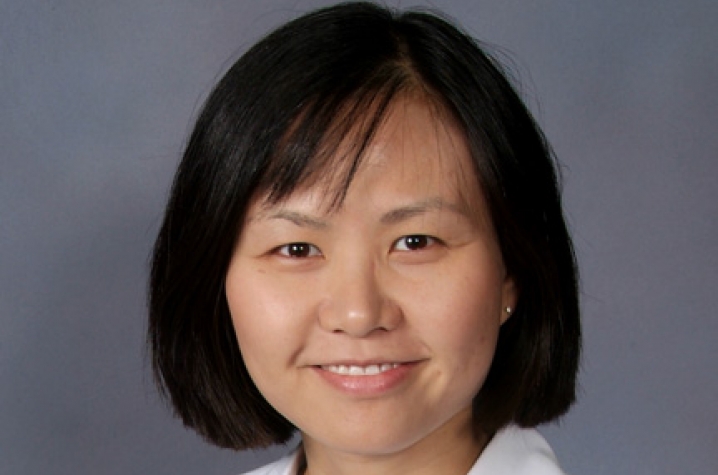 LEXINGTON, Ky. (Jan. 13, 2010) – It is important to understand the diagnosis of diabetes, says Dr. Irene Hong-McAtee, assistant professor of pediatrics, University of Kentucky College of Medicine, and a pediatric endocrinologist at Kentucky Children’s Hospital.

"My colleagues and I take care of more than 600 children with type 1 diabetes in the Division of Pediatric Endocrinology," she said. "Understanding this diagnosis helps improve the quality of these children’s lives."

Diabetes is a condition in which people have high blood sugar due to lack of insulin (type 1) or lack of insulin action (type 2). Insulin is a hormone, a substance produced by the body to regulate the activity of certain cells or organs. Insulin is required to convert carbohydrates (sugars and starches) into energy.

"Now the terminology focuses on the cause of the high blood sugars. In type 1 diabetes, autoimmune processes cause destruction of the pancreas, which is the body’s only source of insulin. There currently is no known way to prevent the onset of type 1 diabetes, though research is ongoing. In type 2 diabetes, the pancreas is still producing insulin, but the body is resistant to insulin action."

Only 5 to 10 percent of all people with diabetes have type 1. According to the American Diabetes Association (www.diabetes.org), about 1 in every 400 to 600 children and adolescents has type 1diabetes.

"The most important signs of type 1diabetes are excessive thirst due to urinating more than usual," said Hong-McAtee. "If this continues untreated, unexplained weight loss and a condition known as diabetic ketoacidosis can occur.

The best, most intensive treatment of type 1 diabetes is called a basal-bolus regimen. In our practice, children and their caregivers are admitted to the hospital for a short time so that certified diabetes educators and pediatric nurses can teach them this regimen."

Hong-McAtee explains that after leaving the hospital, parents, grandparents and school personnel help the child to monitor the blood sugars, using a tiny, portable blood sugar meter. "Knowing the blood sugar levels at certain times throughout the day helps to adjust the doses of insulin that is either given by injection or by insulin pump" she said. "That is, the higher the blood sugar, then more insulin will be given, in order to mimic the action of a normal pancreas.

"Another key to the success of this regimen is to teach the family to count carbohydrates, so that insulin can be given according to the size of the 'bolus,' or meal/snack. For instance, if the child eats more carbohydrates, then the child is given more insulin, to mimic the amount of insulin that the pancreas would normally release.