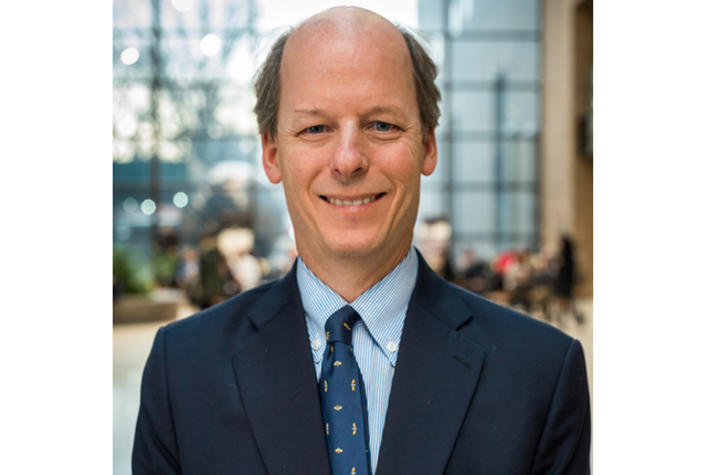 LEXINGTON, Ky. (Sept. 17, 2019) — After an extensive and national search, the University of Kentucky College of Medicine has named Dr. William Barlow (Barry) Inabnet III, chair of the Department of Surgery, effective Sept. 16.

As chair, Dr. Inabnet will promote the educational, clinical and research activities of the department; collaborate across the college and university to continue interdisciplinary research, instructional programs, and institutional grants and mentor and empower faculty and learners for success.

“It is a tremendous honor to accept this position and to be given responsibility of managing this department,” Inabnet said. “I look forward to serving the Commonwealth by promoting excellent patient care while training future surgeons and helping continue the advancement of medicine here in Kentucky.”

Inabnet completed his undergraduate and medical training at the University of North Carolina-Chapel Hill, followed by residency training at Rush-Presbyterian-St. Luke’s Medical Center and a fellowship in Surgical Endocrinology at Cochin Hospital in Paris, France.

An international authority in the field of minimally invasive endocrine surgery, Inabnet is a pioneer of new techniques in minimal access endocrine neck surgery, as well as adrenal and pancreatic surgery. For nearly 20 years, he and his growing team have been innovators of remote access “scarless” thyroid surgery and have introduced numerous new techniques to the United States. In 1998, he performed the first endoscopic thyroid resection in the U.S. at Mount Sinai and 18 years later was one of the first surgeons in the U.S. to excise the thyroid gland via a transoral route (leaving no scar on the neck).

In addition to endocrine surgery, Inabnet is a leader in the field of minimally invasive metabolic surgery with an interest in obesity, disorders of the endocrine system and beta cell metabolism. Under his leadership the Mount Sinai Weight Loss Surgery Program has become one of the premier programs in the world. He and his team have participated in national and international clinical trials evaluating the role of gastrointestinal surgery in treating diabetes.

He is also well-recognized for his leadership and instruction. He was ranked a Castle Connolly Top Doctor New York Metro Area for 14 consecutive years and was awarded the Master Clinician Award by the Icahn School of Medicine at Mount Sinai Institute for Medical Education. He is the editor-in-chief of VideoEndocrinology, an online video journal of the American Thyroid Association.

Inabnet takes over the position previously held by Dr. Jay Zwishenberger, who oversaw unprecedented growth of the department in his 12 years of service.