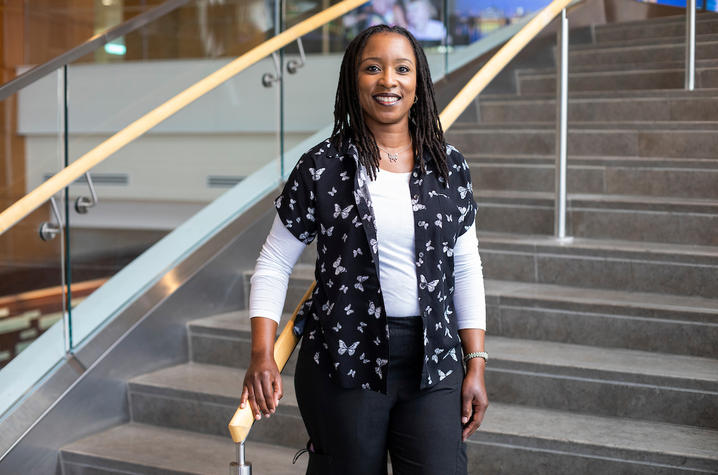 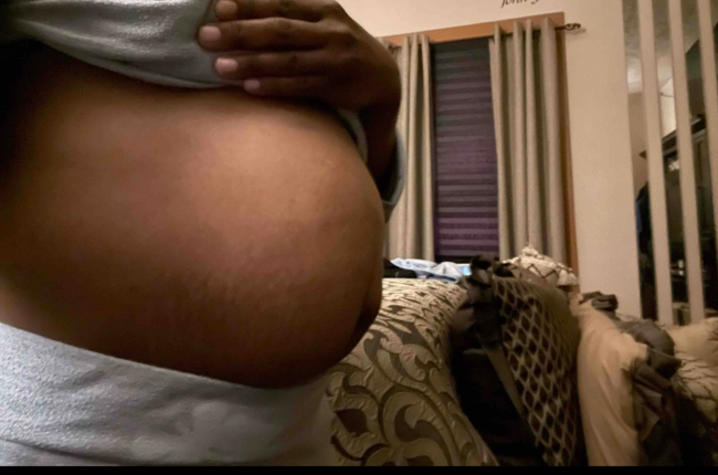 Her menstrual cycles always included a heavy flow, but she never thought much about it. As far as she knew, that was typical. However, over the past five years, she began experiencing changes. She described five seconds of heavy bleeding like “turning on a faucet,” then it would stop and repeat 25 minutes later.

“My cycles were always like this, so I accepted that this was probably my norm and that I would someday stop naturally,” Carmen Wilson said. “I celebrated my 50th birthday last year, and I was still waiting on that someday.”

Wilson talked to her sister, who had experienced similar symptoms and was diagnosed with uterine fibroids — noncancerous growths in the uterus. Uterine fibroids are extremely common, and most of the time they are undetectable because small growths don’t cause any symptoms.

Her sister opted for a hysterectomy and had a successful outcome. Wilson considered having the same procedure but after reading reviews and testimonials, she found that everyone’s experience was different. Unsure of what to do, she put it all in the back of her mind. Her periods were heavy, but manageable. She didn’t need to decide right away.

“My periods were getting worse,” Wilson said. “My cycles were longer, close to three weeks. I never got a break. I got leg cramps and bloating that made me look and feel like I was five months expecting.”

Fatigue made daily life difficult. She would avoid going out or having company over because of a lack of energy. House cleaning, laundry and cooking were too taxing.

“My husband of 26 years, God love his heart, would always have dinner ready and the house clean so I could refresh, eat, go to bed and be prepared for the next day,” she said.

As supportive as Wilson’s husband was, this was no way to live. At his urging, Wilson spoke with her primary care provider at her annual exam.

“You know that strange phenomenon that happens when you feel bad, you go see your doctor then suddenly you don’t have any symptoms?” Wilson said. “All the fatigue that my body was experiencing seemed to have disappeared.”

She told her doctor she felt great. ... except for the never-ending menstrual cycles, soaking overnight pads over the course of an hour, passing blood clots in the restroom and the bloating that made her stomach feel like it was going to burst. Her doctor ordered blood work, and by the time she got home from her appointment, the results were in. Wilson was told to go to the emergency department immediately. Because of the heavy bleeding, she was dangerously anemic.

She was referred to Miriam Marcum, M.D., in the UK HealthCare Department of Obstetrics and Gynocology. Together, they discussed Wilson’s options.

“Carmen’s case was pretty severe,” said Marcum. “She was symptomatic from her fibroids. She had very heavy bleeding and was feeling symptoms from the anemia, like fatigue. She was also having some pressure symptoms, like feeling heavy and full in her pelvis and needing to urinate frequently, that were related to the size of the fibroids taking up space in her pelvis. This was a pretty severe case and needed some kind of treatment.”

But first, they had to address her anemia. Wilson’s iron was so low that she had to receive iron sucrose intravenously twice a week. She felt better almost immediately.

“My first session went great,” she said. “I felt like a drowning person coming up for air.”

Wilson remembered reading an article about treatment for uterine fibroids. Historically, hysterectomies were the best treatment, but a procedure called uterine fibroid embolization (UFE) can be an equally effective and less invasive alternative. In this nonsurgical procedure, interventional radiologists insert a tiny tube into the uterine artery to cut off the fibroid’s blood supply, causing it to shrink.

In January 2022, Wilson met with Merve Ozen, M.D, assistant professor of radiology and surgery in the UK College of Medicine and specialist in the Uterine Fibroid Program at UK HealthCare to see if she was a candidate for the UFE procedure.

“I could remember thinking, I sure hope I’m a candidate cause I’m not sure how much longer l could live with these fibroids and that I’m slowly bleeding to death,” Wilson said. “After my consultation, Dr. Ozen left the room. I’m sitting at the edge of the bed thinking, ‘I don’t know how much longer I can go like this. I hope they can help me.’”

Ozen informed Wilson that she was cleared for UFE. Already, Wilson felt relief.

“We offer UFE to symptomatic fibroid patients who do not respond to conservative management,” said Ozen. “Carmen had all the symptoms even though she had moderate disease and her symptoms got worse over time.”

On Jan. 18, 2022, her husband’s birthday, Wilson arrived at UK HealthCare’s Albert B. Chandler Hospital. UFE is performed under twilight sedation and takes fewer than two hours. She spent one night in the hospital and was discharged the next day. Two weeks later, she was back at work.

Six months later, Wilson is still marveling at how good she feels.

“It’s been life-changing,” she said. “I feel amazing! The UFE procedure has given me a newness of strength in doing life’s basics. I want to thank Dr. Ozen and her team for listening to my concerns and for providing the treatment I needed in order to live this blessing called life.”