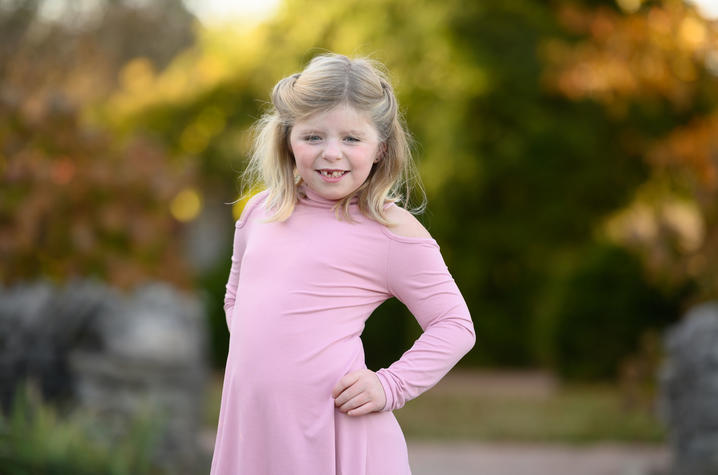 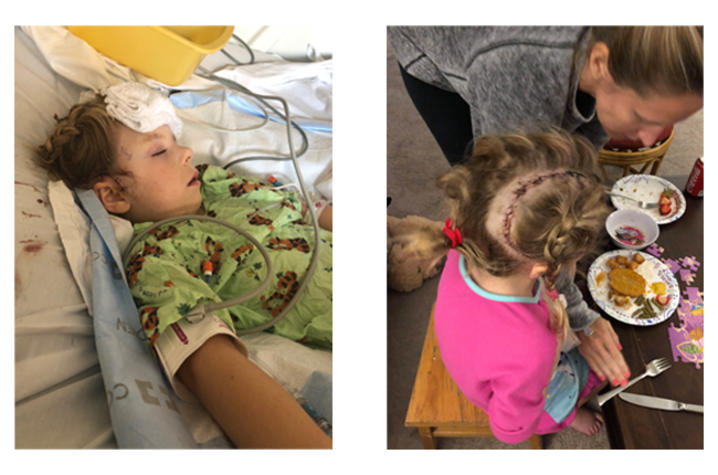 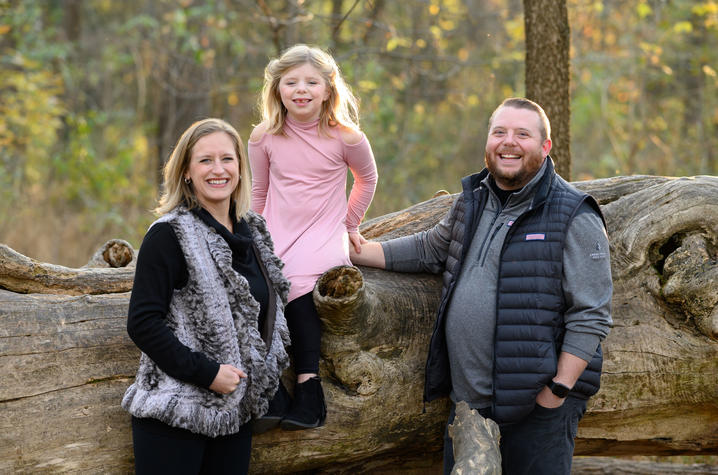 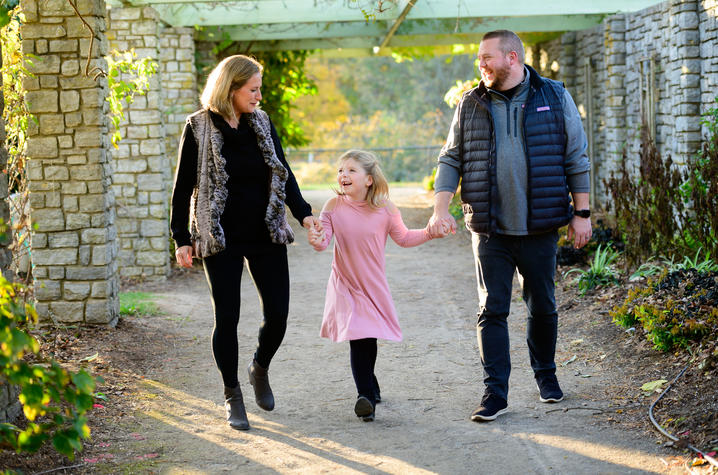 LEXINGTON, Ky. (Nov. 25, 2020) — Playtime scraps happen to every kid. They get hurt or fall down, cry a little, then after a few minutes the incident is forgotten and they’re back to their games. Kids are resilient – they get hurt and they shake it off.

But for Sarah Beth Ferguson, one such playground incident wasn’t so easy to walk away from.

“Sarah Beth had just started kindergarten, it was the second week of school,” said her father Scott. “She was at school playing in gym class and she and another student (we think) bumped heads.”

Scott and Sarah Beth’s teachers aren’t exactly sure what happened, but shortly after the incident, Sarah Beth began vomiting. At the urging of her pediatrician, her parents took her to the Makenna David Pediatric Emergency Center. All signs pointed to a concussion, but one doctor had a gut feeling it was something more serious.

“The doctor decided to get a CT Scan, even though with a concussion it doesn’t typically call for one,” said Scott. “We’re so grateful the doctor went the extra mile, because the CT showed an epidural hematoma on the right side of Sarah Beth’s head.”

An epidural hematoma is a collection of blood between the skull and the covering around the brain. It’s an uncommon injury, that if left untreated, could result in an impairment of normal brain function.

That evening, UK HealthCare pediatric neurosurgeon Dr. Brandon Miller and his team performed an emergency craniotomy, a procedure in which a piece of the skull is removed to drain the collected blood and prevent any further bleeding. It’s a delicate procedure, and the Fergusons were especially touched that Dr. Miller and his team took pains to only shave the part of Sarah Beth’s head where the incision would be.

The Fergusons attend the same church as Dr. Scottie Day, physician-in-chief of Kentucky Children’s Hospital. Day just happened to by the physician on call on the pediatric intensive care unit that night, and he stopped in to check on the family.

“I remember going to talk to this amazing family who was worried about the entire situation and in shock as any family would be,” said Day. “I felt very confident that she would get better and I remember telling them that right now, this encompasses every word that comes out of your mouth with each breath you take. It’s a nightmare having a child sick or injured but imagine 10 years from now, there will be a one-sentence explanation of these events and although it may not seem so at the moment, I think it helps cope.”

Sarah Beth spent five days recovering at Kentucky Children’s Hospital, a period her father calls “the longest week of our lives”. It was a tough time; her face was so swollen her eyes were shut for two days. She had physical therapy twice a day. All the while, Dr. Miller and Dr. Day assured them that Sarah Beth was going be just fine.

And she was. When they got home from the hospital, Sarah Beth was feeling like herself again. She even asked if she could do a headstand against the wall.

“We did not allow that,” said her dad.

Now Sarah Beth is a happy and healthy second-grader who loves gymnastics and riding her bike. Her only memories of her “owey” and her time at KCH was that the “medicine tasted bad, but that the doctors and nurses were nice.”

Day kept in touch with the Fergusons after they left the hospital.

“She simply looks amazing,” he said. “She’s active, playful and being what we want for our children to be ­– a kid.”

“The team is second to none,” said Scott. “Dr. Miller, Dr. Day and the whole KCH team treated us like family. While we were at KCH, the team empathized and cared for us and what Sarah Beth was going through. They treated our daughter as their own and believed in us, more than we believed in us.”