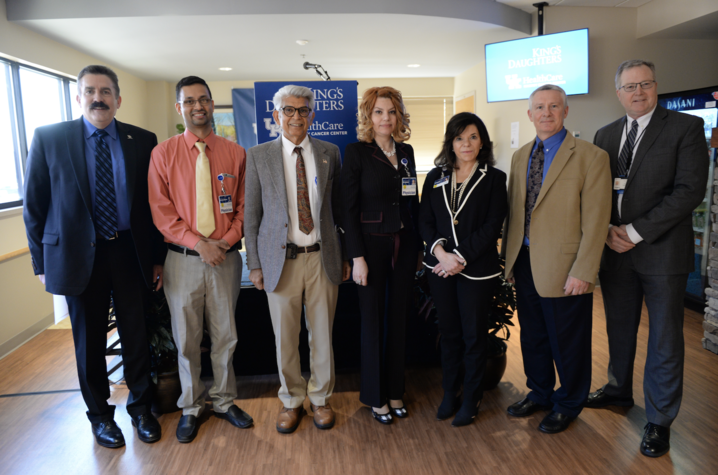 By becoming a UK Markey Cancer Center Affiliate Network member, King's Daughters can offer patients in eastern Kentucky, southern Ohio and West Virginia access to additional specialty and subspecialty care, including clinical trials and advanced technology, while allowing them to stay closer to home for most treatments.

In 2017, 802 new cancer cases were treated at King’s Daughters, with most patients coming from 12 counties in the region. In Kentucky, these include Boyd, Carter, Elliott, Floyd, Greenup, Johnson, Lawrence, Lewis, and Martin counties. In Ohio, patients primarily come from Lawrence and Scioto counties. Patients from Wayne County, W.Va., also seek treatment at King’s Daughters.

The top five types of cancer treated at King’s Daughters are diseases of the lung, breast, colon, prostate and skin.

In 2015, King's Daughters also joined Markey's Research Network, which allows the hospital to run many of Markey's oncology clinical trials on-site in Ashland. King’s Daughters has participated oncology research with UK for more than 30 years.

The UK Markey Cancer Center Affiliate Network was created to provide high-quality cancer care closer to home for patients across the region, and to minimize the effects of cancer through prevention and education programs, exceptional clinical care, and access to research. The affiliate network is especially important for Kentucky, where cancer rates are the highest in the nation.

The UK Markey Cancer Center Affiliate Network began in 2006 and comprises 20 hospitals across the state of Kentucky: