“Few things are more upsetting and stressful than receiving a cancer diagnosis for yourself or a loved one. It can upend your whole world,” Gov. Beshear said. “But as our doctors and other health care heroes who treat and care for cancer patients every day will tell you: The problem often isn’t getting a cancer diagnosis, it’s not getting it early enough. The Ovarian Cancer Screening Program at the University of Kentucky provides thousands of Kentucky women with free, easy screenings every year, giving them peace of mind about their health or the best fighting chance at recovery through early detection. I am pleased to support this effort and others as we work to bring high-quality, equitable care to all of our citizens.”

Markey's Ovarian Screening Program was initiated in 1987 by van Nagell and his colleagues. The goal was to determine whether transvaginal sonography (TVS) could be an effective means of early ovarian cancer detection.

When it is detected early, women often can be cured with existing treatment methods. However, most women have no symptoms until the disease has progressed to an advanced stage. As the disease progresses, survival rates drop sharply. In 2018, van Nagell published a study in Obstetrics and Gynecology that shows that annual ultrasound screening of at-risk asymptomatic women increases the survival rates of women with type I and type II epithelial ovarian cancer.

“While regular pelvic examinations are important and can detect many other abnormalities, including cervical cancer, they are not effective in detecting ovarian cancer in its earliest and most treatable stages,” van Nagell said. “Early detection is vital to saving lives. In fact, the five-year survival rate of women whose cancer was detected by screening is 86% — that’s twice as high as those who do not get screened.”

Transvaginal sonography (TVS) is painless, radiation-free and can be completed in less than 15 minutes. During the examination, a small vaginal probe is used to take a sonographic picture of the ovaries, and to measure ovarian volume. This procedure is able to detect ovarian tumors even when they are too small to be diagnosed during an annual gynecological examination.

So far, nearly 345,230 free screening examinations have been provided to more than 49,358 Kentucky women, and women from every county in the state have participated in this program. Through the screenings, 632 ovarian tumors and 110 ovarian malignancies have been detected, as well as 23 non-ovarian malignancies. Currently, screenings are being performed at four locations throughout the state, including Lexington, Elizabethtown, Somerset and Paducah.

“Right now, it’s more important than ever for people to remain vigilant about their health, including keeping up their regular schedule of health screenings,” said Mark F. Newman, M.D., UK executive vice president for health affairs. “We know that many cancer screenings have been postponed or skipped over the past 16 months due to the pandemic, but it’s vital to stay on top of your screenings to prevent future health problems later on. Ovarian cancer screening is not widely available across the country, so I encourage Kentucky women to take advantage of this unique opportunity to take control of their own health by joining the UK Ovarian Screening Program when they’re eligible.”

The initial funding for the program came from the Telford Foundation and the Kentucky Extension Homemakers Association (KEHA). The late Virginia McCandless, a Barren County extension homemaker, started the ovarian cancer research fundraising effort with van Nagell in 1977. Their goal was to raise $1 from each member of KEHA. Her idea took off, and KEHA members have supported it by participating in regular screenings and challenging each county to donate at least $1 per member annually.

“We are extremely proud of the Kentucky Extension Homemakers Association’s dedication to this lifesaving program,” said Cox. “Their fundraising efforts have raised more than $1.5 million but their work really goes beyond fundraising. They routinely participate in the screening program, organize trips to screening sites from around the state, promote ovarian cancer awareness, and host educational events regarding ovarian cancer. This program positively impacts Kentucky women and represents the kind of research that should be conducted by a state's land-grant university.” 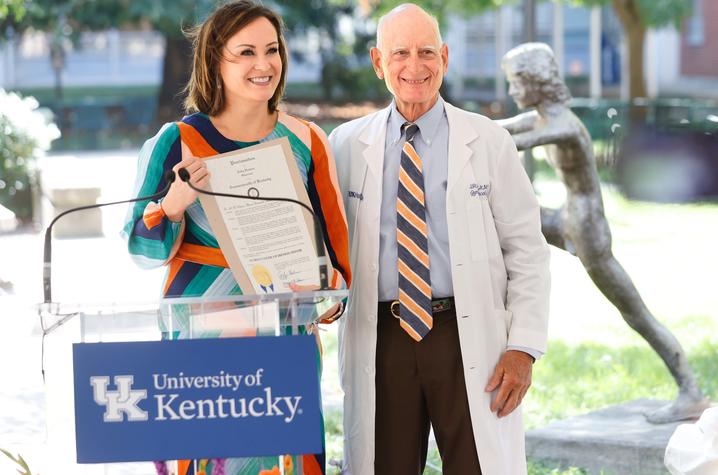 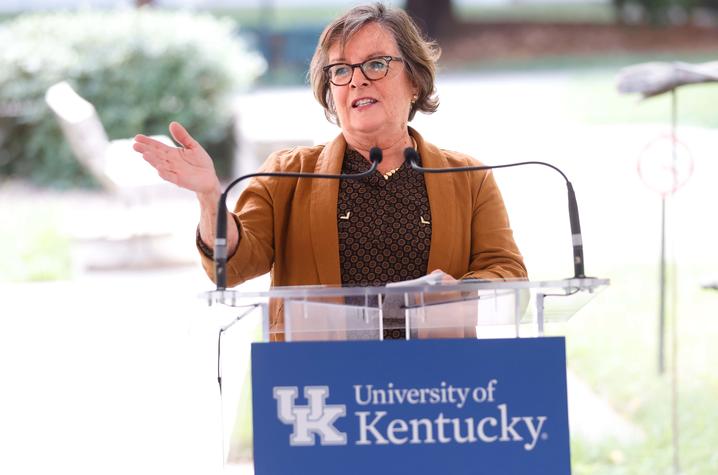 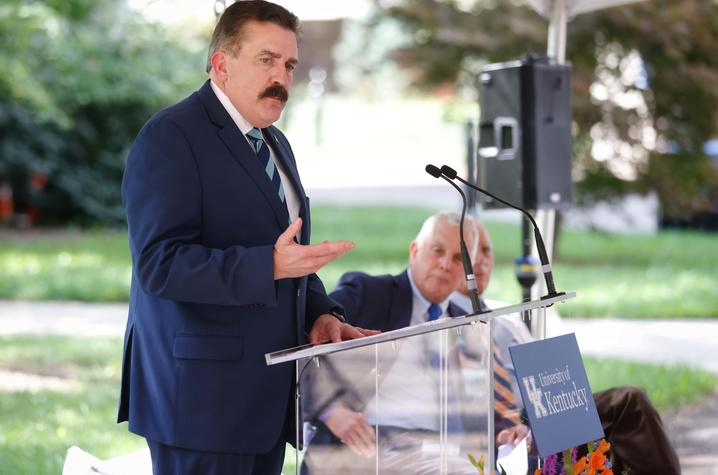