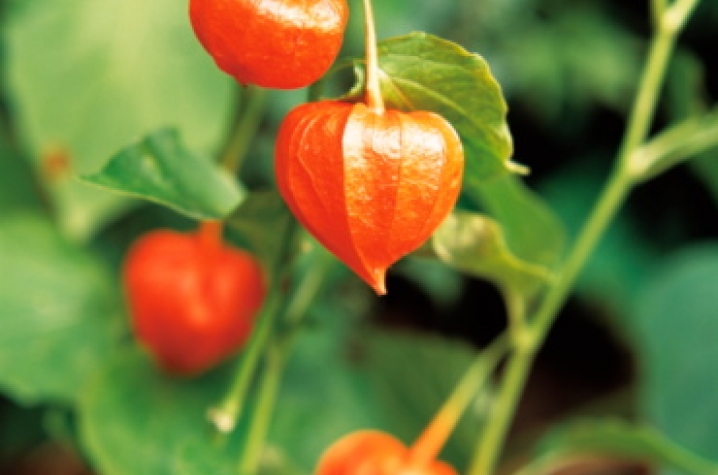 LEXINGTON, Ky. (Sept. 14, 2015) — A University of Kentucky study shows that withaferin A, a component of Withania somnifera (winter cherry) plant extract, may hold promise as a new treatment for non-Hodgkin’s lymphoma.

Winter cherry extract was used in traditional Ayurvedic Indian medicine for thousands of years before it caught the interest of Subbarao Bondada, a University of Kentucky College of Medicine professor and researcher for the UK Markey Cancer Center. Because withaferin A shows promise in treating other cancers without the side effects associated with current treatments, Bondada’s laboratory tested it against lymphoma. Non-Hodgkin’s lymphoma is one of the most common cancers in the U.S. and is known for being particularly aggressive.

Katie McKenna, a graduate student in Bondada’s laboratory, found that withaferin A prevented the lymphoma cells from dividing and ultimately killed them. Specifically, they found withaferin A directly targeted a signaling pathway in the cancer it needs to survive.

“It may be possible to develop orally administered versions of withaferin A that could be used in lymphoma patients with fewer side effects than current chemotherapy regimens,” Bondada said.

Bondada's group collaborated with University of Louisville Professor Ramesh Gupta, who aided in the isolation of withaferin A. This work was funded by the National Cancer Institute to the UK Markey Cancer Center, the National Institutes of Health, Office of Vice President for Research for Core Research facilities and the Sabinsa Corporation and does not necessarily represent the views of these institutions.