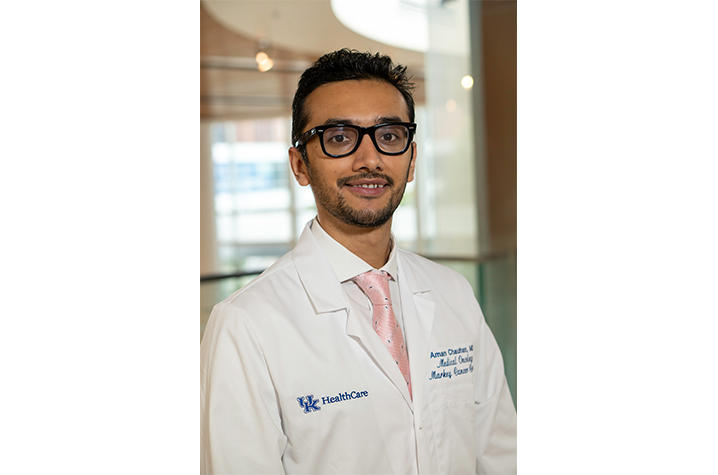 Neuroendocrine tumors develop from neuroendocrine cells found in the digestive tract, lungs, pancreas and other sites, and they can present unique diagnostic challenges. Though these cancers are often considered rare, they are now being diagnosed at a rate six times higher than roughly four decades ago.

In Kentucky, that problem is even more pronounced: a recent study led by Chauhan showed a 10-fold increase in NET incidence in the Commonwealth compared to four decades ago.

“In the op-ed, we highlight this growing burden of neuroendocrine tumors in the U.S.,” Chauhan said. “And in Kentucky, we’re diagnosing more of these at a higher rate than the national average.”

Because NETs are considered rare, funding for research into the disease is relatively small. Despite several high-profile patients in recent years – both Steve Jobs and Aretha Franklin died after being diagnosed with neuroendocrine tumors of the pancreas – overall awareness of this type of cancer is low.

Through the op-ed, Chauhan hopes to raise awareness of the growing burden of NETs both across the country and in Kentucky. The goal is not just to increase funding for preclinical and clinical research, but also to educate physicians on diagnosis and appropriate management of NETs.

“Despite the slow-growing nature of this disease, progressive metastatic NETs are fatal,” Chauhan said. “This is a rapidly growing problem, and we need to find solutions.”