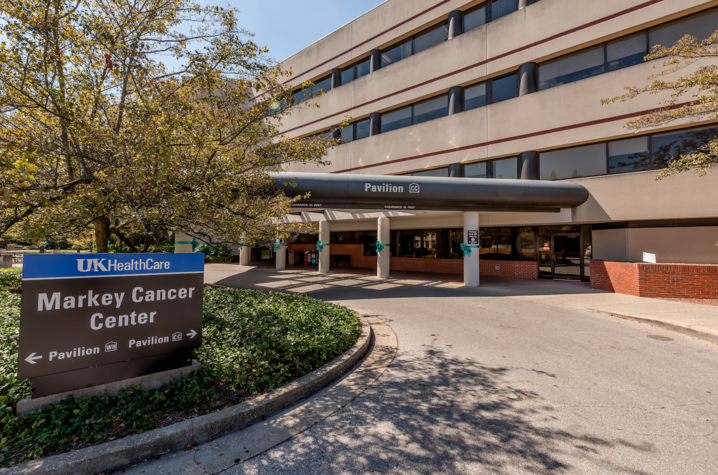 LEXINGTON, Ky. (Oct. 6, 2021) — A new study from the lab of University of Kentucky Markey Cancer Director Mark Evers, M.D., demonstrates the critical role of the hormone neurotensin in cell proliferation and stem cell function in the small intestine.

Recently published in Cellular and Molecular Gastroenterology and Hepatology, the study highlights two different functions of the small peptide hormone neurotensin (NT) in the small intestine, where the function is dependent on the availability of nutrients. The significant findings of this study expand the knowledge of intestinal hormones and how NT has different functions depending on the nutrient availability.

The study aimed to determine a novel role of NT in intestinal stem cells (ISCs). ISCs are responsible for maintaining the cell pool for intestines, making them critical for proper nutrient absorption. A complete turnover for intestinal epithelial cells occurs every four to five days, making regulation of ISCs vital. These cells have the capability to become more specialized cells, contributing to normal functioning in the intestines. The team of researchers demonstrated the critical role of NT in regulating ISC by using a combination of in vivo and in vitro models.

The key findings from the study defines the novel role of NT on intestinal cells defined by two different nutrients states:

Both of these roles are key to maintain normal physiological function, but also demonstrates the critical importance of regulated NT signaling.

“Our study shows that the function of NT undergoes a switch during fasting,” said Stephanie Rock, Ph.D., recent graduate of the Department of Toxicology and Cancer Biology doctoral program and lead author on the study. “In the fed state, NT primarily regulates intestinal cell proliferation, but during fasting, we found that NT plays a critical role in maintaining the function of ISCs, which are essential for proper function of the small intestine.”

“Our research group reported over 20 years ago that exogenous administration of NT could stimulate the growth of the intestinal mucosa, however, the exact mechanisms were not known,” said Evers. “Our current study indicates that NT has an important effect on intestinal stem cells and that this effect is different depending upon nutritional status, which further sheds light on the novel role of NT in energy balance and maintenance of normal intestinal mucosa.”

This study was supported by National Institutes of Health grants R01 DK112034 (BME), R01 CA208343 (BME and TG), R01 CA133429 (TG), and R35 GM131807 (JJ). BME is supported by the Markey Cancer Foundation. SR was supported by an NIH training grant T32 DK007778. The research made use of the following shared resource facilities (SRFs) supported by National Cancer Institute grant P30 CA177558 (to BME): Biospecimen Procurement and Translational Pathology SRF, Biostatistics and Bioinformatics SRF, Flow Cytometry and Immune Monitoring SRF, and Oncogenomics Shared Resource Facilities. The content is solely the responsibility of the authors and does not necessarily represent the official views of the National Institutes of Health.