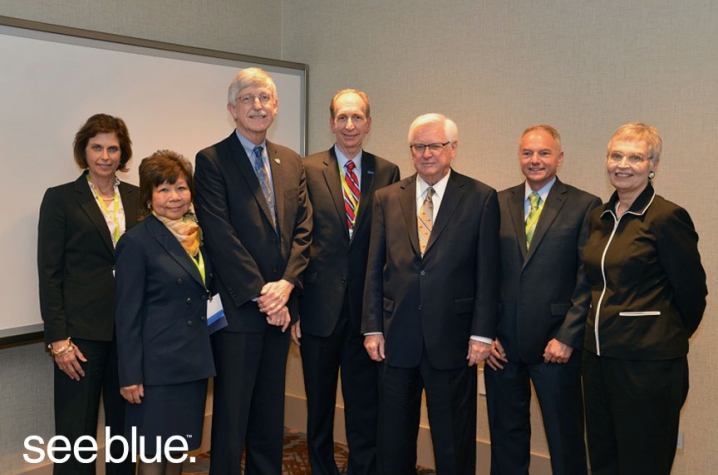 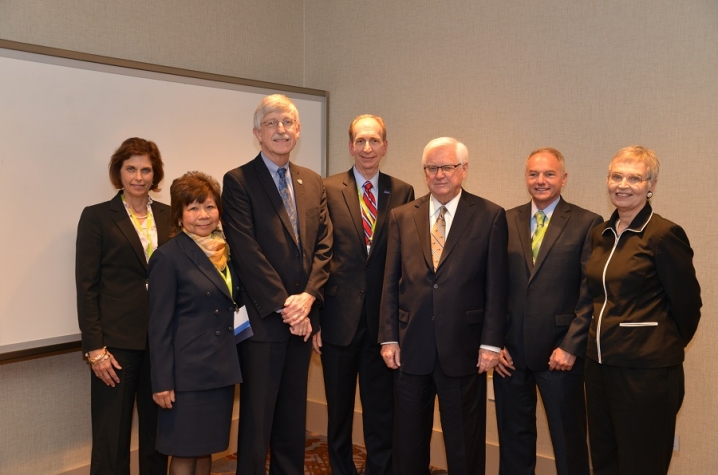 ATLANTA, Ga. (March 28, 2016) — The spread of prescription drug and heroin abuse in America has escalated to the status of a national epidemic. The Centers for Disease Control and Prevention (CDC) reported more deaths from drug overdose than car crashes in 2014.

The crisis is amplified in Kentucky, where an estimated 1,000 people die every year from opioid or heroin-related drug overdose.

The University of Kentucky and UK HealthCare remain at the forefront of a national movement to end the scourge of prescription drug and heroin abuse. As part of fulfilling this important mission, UK sent a delegation of executive, clinical and research leaders to join national thought-leaders and policymakers at the 2016 National Rx Drug Abuse and Heroin Summit, March 28-31 in Atlanta, Georgia. President Barack Obama, who pledged $1 billion in the federal budget to fight the substance abuse epidemic in February, will address the expected 1,600 conference attendees on March 29.

Hosted by the nonprofit Operation UNITE, summit is the largest collaboration of federal, state and local professionals seeking to end heroin and prescription drug misuse, abuse and diversion. At UK’s “Vision Session,” Drs. Catherine Martin and Daniel Wermeling will present on the issues of substance abuse intervention and prevention in their panel titled “Rescuing the Opiate Overdose: From Receptors to Relatives to Regulations.” UK HealthCare serves as a supporting sponsor of the summit.

Martin, the director of child and adolescent psychiatry at UK, and Wermeling, a professor in the UK College of Pharmacy, are two members of a UK contingent, which also includes UK President Eli Capilouto, UK Vice President for Research Lisa Cassis, UK HealthCare Vice President for Administration and External Affairs Mark D. Birdwhistell, and Dr. Michael Kindred, a professor in the College of Medicine’s psychiatry department. The delegation will moderate panels and breakout sessions with national policy makers throughout the week.

"We have a monumental task in this country to reverse the tide of opioid overdose deaths that now takes a life every 20 minutes,” U.S. Rep. Hal Rogers, the creator of Operation UNITE, said. “This life-saving mission requires a holistic approach with all hands on deck, from our law enforcement, treatment and education communities. I commend Dr. Capilouto for his leadership and the University of Kentucky for helping lead this important discussion for solutions at the fifth annual National Rx Drug Abuse and Heroin Summit, hosted by Operation UNITE."

“Too many Kentucky families are too often confronted by the dark and painful scourge of prescription drug abuse and opioid addiction. It’s an epidemic that penetrates communities across the nation, both urban and rural, but has especially intractable roots in Appalachia and the regions served by the University of Kentucky,” Capilouto said. “UK’s expert faculty and clinicians are on the frontline – heroes in the field – confronting these challenging policy and health care questions with the support of our federal leaders and community partners.”

Operation UNITE (Unlawful Narcotics Investigations, Treatment and Education, Inc.) was created in 2003 by Rogers to rid communities of illegal drug use through a comprehensive approach that includes educating youth and the public, coordinating substance abuse treatment, and providing support for families and friends of substance abusers. UNITE serves a 32-county region in Southern and Eastern Kentucky.

The University of Kentucky is one of 22 universities in the nation to house a trifecta of nationally accredited research institutions, including an National Cancer Institute-designated cancer research center (Markey Cancer Center), an National Institute of Health-funded Center for Clinical and Translational Science (CCTS), and National Institute on Aging-funded Alzheimer’s research center (Sanders-Brown Center on Aging). In fiscal year 2015, University of Kentucky faculty members were awarded more than $95 million in research funding from the NIH and more than $12 million from NIDA.