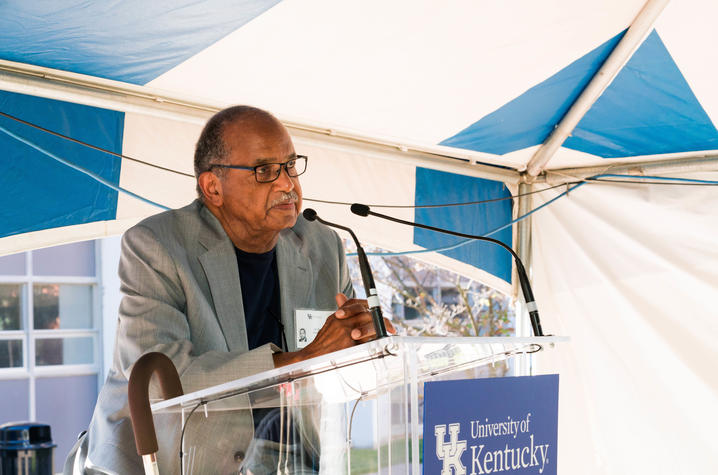 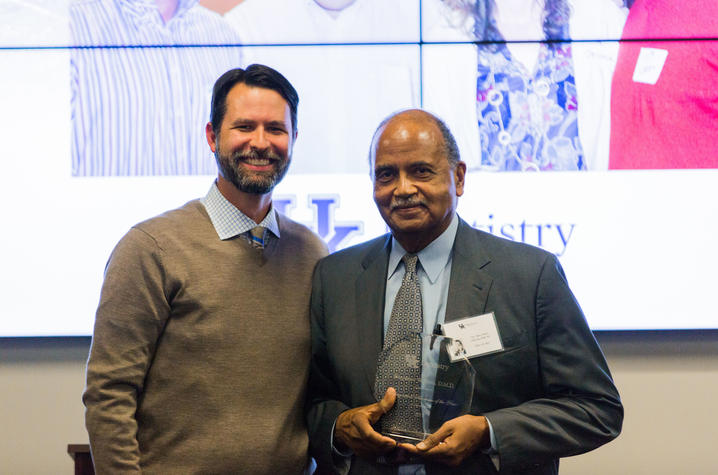 LEXINGTON, Ky. (Feb. 8, 2019) — Dr. Benjamin W. Nero was the first African-American graduate of the University of Kentucky College of Dentistry in 1967. With more than 40 years as a practicing orthodontist, he has accomplished much since his humble beginnings in Greenwood, Mississippi.

“I grew up on the family farm that my grandfather bought, shortly after he was freed from slavery,” said Nero. “I graduated from a segregated high school. We didn’t have nearly as much as students at the all-white school when it came to supplies and equipment, but what we did have was a stellar group of devoted teachers. A good number of those at my school went on to earn graduate degrees and distinguished themselves in various careers.”

Dr. Nero excelled not only in the classroom, but also on the gridiron where he was quarterback of the state finalist Broad Street High School Tigers. Strangely enough, his involvement in football helped lead him to his lifelong career.

“I first gained an interest in dentistry by talking to one of my former high school football coaches who left coaching and went to dental school. He was doing quite well and was highly regarded in his community.”

His academic and athletic success led him to Tougaloo College for one year before he transferred to Kentucky State College (now Kentucky State University). He quarterbacked the team, completed a degree in biology with minors in chemistry and English, and was active in the civil rights movement.

“I participated in some sit-ins around Frankfort," he said. "While we faced the usual threats of arrests or assaults, we escaped without harm and I believe we made an impact in those difficult times.”

While at the College of Dentistry, Nero was influenced by many outstanding faculty members:

“Dr. Sheldon Rovin, who was my advisor, took a personal interest in me because I worked for him in oral pathology as a histopathology technician in the year before I began dental school. Drs. Harry Bohannon and Alvin Morris were always great encouragers to me. Many others, including Dr. Stephen Dachi, Dr. James Little, Dr. Thomas Mullaney and Dr. John Mink also supported me during my years at UKCD.”

Upon graduation, Dr. Nero began a rotating internship at Albert Einstein Hospital in Philadelphia in a three-year residency in Orthodontics. While completing his residency, he took over the orthodontic practice of the first African-American orthodontist in Philadelphia — the late Knowlton Atterbeary — after his sudden passing in 1970.

Dr. Nero is concerned that the number of African-Americans pursuing careers in dentistry is on the decline. “During my early years in Philadelphia, we had sizeable numbers of African-American dental and medical students. But in recent years, it has slowed down considerably in part because of the cost and also because so many other professions are now open to and attracting African-American graduates," he said. "African-American specialists in dentistry are hard to find, probably for the same reasons. It is unfortunate that I’ve found it difficult to find African-American orthodontists to purchase any of the four practices I have had.”

During his accomplished career, Nero has served as the second president of the New Era Dental Society of Philadelphia, traveled to Haiti to provide dental care to island residents, and has mentored many dental students and young dentists.

“Pursuing a career in dentistry has allowed me to support my family and to give of my resources with those who are disadvantaged. Having the opportunity to talk with my young patients about their educational goals and career ambitions and sharing my background with them has been tremendously rewarding," he said. "I’ve had three patients who have gone on to finish dental school, and I am honored to think that I provided some of the inspiration for them to pursue dentistry as a career.”

A scholarship was established in 2010 to honor Dr. Nero and Dr. Robert H. Biggerstaff, the first African-American faculty member at the college. “It came as a true surprise to me and I’m sure that the funds raised will be a true blessing to the students selected as recipients over the years. I plan to continue to work and support this scholarship.”

If you would like to support the Nero & Biggerstaff Diversity Scholarship, visit uky.networkforgood.com/causes/6156.