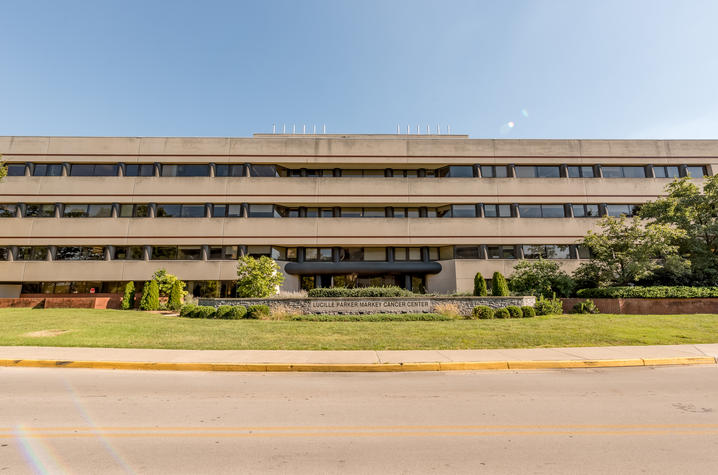 A new study from Markey researchers shows that repurposing drugs used to treat leukemia has promise for preventing melanoma metastasis.

Published in Science Signaling, the study showed new evidence linking the activation of ABL kinases – cancer-promoting genes – to the secretion of pro-metastatic cathepsins in melanoma. Cathepsins are enzymes that degrade proteins and are highly expressed in cancer cells, resulting in their release into the environment between the cells. These enzymes "chew up" the fibrous matrix around tumors, which allows them to get into the blood stream and lymphatic system and spread around the body.

"These data have important therapeutic implications, as drugs that inhibit ABL kinases have been used for decades to treat leukemia with few side effects," said Rakshamani Tripathi, postdoctoral scholar in the UK Department of Pharmacology and Nutritional Sciences and lead author on the study. "Repurposing these drugs may represent a new strategy for targeting cathepsins and may be an effective approach for treating metastatic melanoma patients."

The number of new cases of melanoma, as well as melanoma death rates, have increased steadily for the past 30 years in the United States. Metastasis to distant organ sites such as the lung, liver brain and bone is the major cause of melanoma-related deaths. Despite new advances in metastatic melanoma treatment, the 5-year survival rate is only 15 to 20 percent.

This study was performed in the lab of Rina Plattner, professor in the UK Department of Pharmacology and Nutritional Sciences and co-leader of Markey's Cancer Cell Biology and Signaling Program. Funding for the study was provided by the National Cancer Institute.