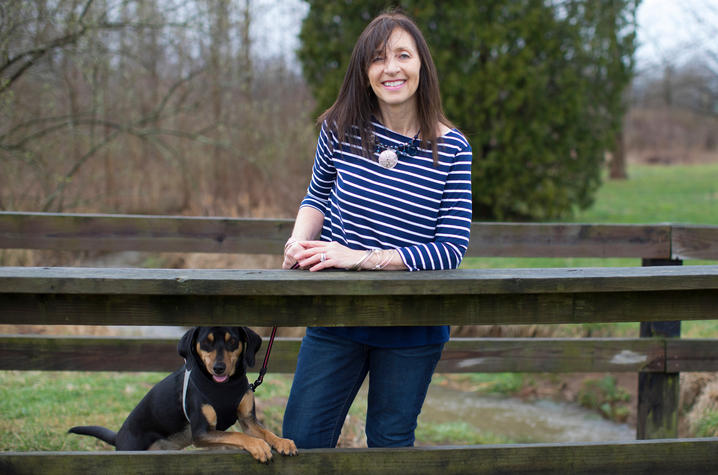 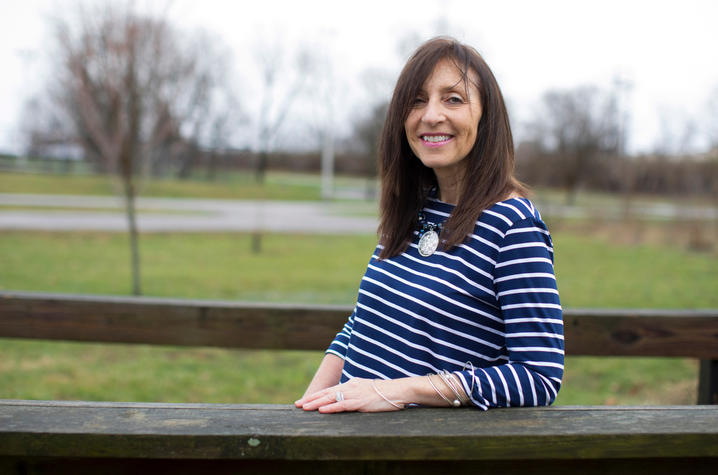 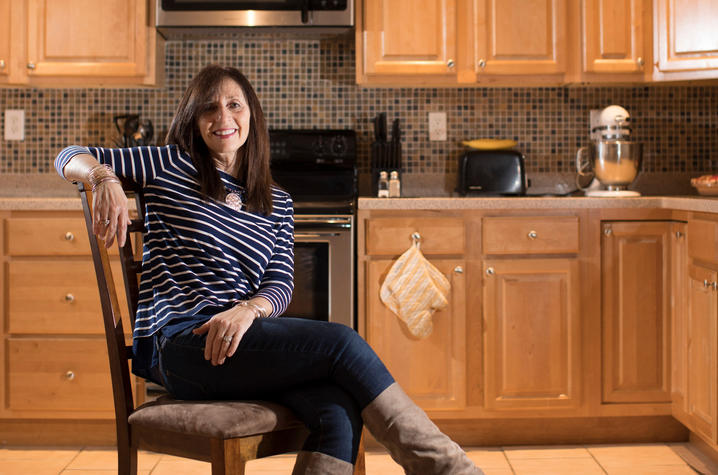 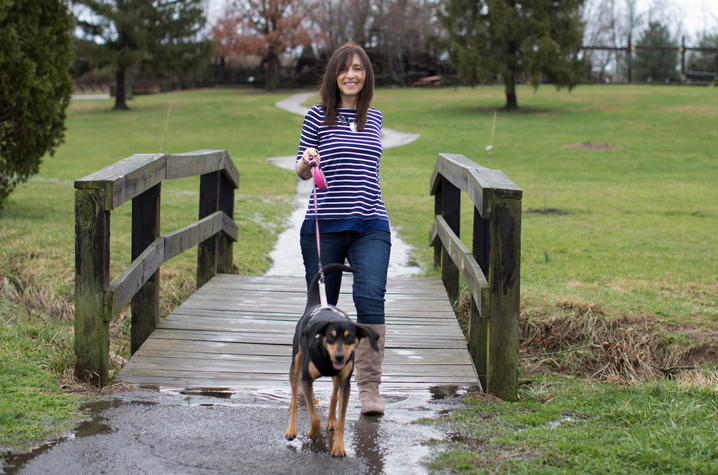 LEXINGTON, Ky. (March 14, 2017) – While battling a cold and trying to prepare for her daughter's college graduation party the next day, Claudia Hall considered bailing out of her annual checkup with her gynecologist in early May 2014.

With all the stress going on in her life, the Lexington resident figured she would simply postpone the appointment a week or two. But after finding out the next best appointment time for her was nearly three months away, she decided to go ahead with the checkup anyway.

At the appointment with UK HealthCare obstetrician-gynecologist Dr. Wendy Jackson, Hall underwent the usual tests and checks, including a digital rectal exam, generally performed on female patients over the age of 40. The exam revealed some troubling news: a large mass in Hall's rectum.

Jackson made an appointment for Hall to see University of Kentucky Markey Cancer Center colorectal surgeon Dr. Sandra Beck the following week. Despite the bad news, Hall said her weekend continued as planned.

"We went on with my daughter's graduation, that's something she can't do over," Hall said. "But I was in Markey that next Tuesday, and from then on it was sort of a whirlwind."

After several rounds of testing, Hall had a diagnosis: squamous cell carcinoma. The news came as a shock to the healthy, fit mother of two, who had no family history of colorectal cancer and had received a clean colonoscopy just three years prior.

"I was pretty much asymptomatic," Hall said. "The only problem I had was sort of a pain on the right side of my hip."

At Markey, Hall first underwent one chemotherapy infusion, a round of oral chemotherapy, and 30 radiation treatments over the course of six weeks, all in an effort to reduce or eliminate her tumor prior to surgery.

The tumor's location made it tricky to determine whether its point of origin was the colon or cervix, but it was fortunate that the tumor had not spread elsewhere in her body, Hall says. However, the disease had affected such a large area of her gastrointestinal tract that much of it couldn't be salvaged. After she had recovered from radiation, Hall was scheduled for a complex combined surgery to remove all the areas where the tumor had been, including the entire rectum, anus, and the back of the vaginal wall. Beck, along with Markey gynecologic oncologist Dr. Rachel Miller removed the diseased areas, while UK plastic surgeon Dr. James Liau reconstructed the vaginal wall using skin and muscle from her abdominal wall.

"This surgery is not very common, but we often do combined procedures for complicated tumors like this at UK," Beck said. "It's great for us to have all the experts in these fields to be able to provide this level of care for our patients."

As a result of her extensive treatment, Hall is now in remission, and has been cancer-free for more than two years. The surgery has left her with one major side effect: a permanent colostomy, an opening in the body (known as a stoma) that connects the colon to the surface of the abdomen.

Dealing with such a major alteration to the body can be hard for many patients, but Hall is eternally optimistic – and realistic – about her lifelong need for the device.

"It's been life-changing," she said. "But I'm blessed. I'm grateful for it, because without it, I can't live."

And though the bubbly, energetic Hall describes herself as a "talker," she says she initially didn't share many details of her battle with cancer.

"Part of it could have been the type of cancer, because you know not everybody wants to hear it," Hall said. "I didn't share it with many people, just my family and a few close friends."

In 2015, Hall joined Markey's Patient Advisory Group (PAG), a committee of cancer survivors who meet once a month to discuss issues and offer ideas on various facets of the patient experience at Markey. Meeting other survivors and hearing their stories inspired her to be more open about her personal ordeal.

"I thought I might be able to help somebody with my story," she said. "And I started talking about it just a little bit more here and there."

Through her connection with the PAG, Hall was one of a small group of patients to attend Markey's Cancer Moonshot Summit last summer, held in conjunction with the national Summit held in Washington, D.C. More than 100 people attended the summit, including cancer physicians, researchers, staff, patients, caregivers, philanthropists and others who play a role in cancer care. As an attendee, Hall worked with a team of healthcare staff to discuss barriers to cancer research and care, creating a list of specific problems and suggested solutions that were sent directly to the White House for consideration.

She's also become passionate educating others about another procedure that has made life with the stoma a little easier – a process called irrigation, which allows the patient to regulate their bowel movements to a schedule, reducing the need for the actual colostomy bag. Now that she's familiar with the process, she says she sometimes gets called in by her doctors to counsel other patients dealing with similar issues. Her willingness to accept the changes to her body and move forward makes her an inspiration to others, says Beck.

"No one wants to have their body altered to fight cancer," Beck said. "But she has really taken ownership of her health and embraced the 'new Claudia.' She has remained positive and has always worked with us as part of her team."

The "team" aspect of Hall's care is important ­– in total, six different specialists and their respective staffs cared for Hall throughout the process. From Jackson's initial discovery and referral from Hall's annual exam, to the chemo prescribed by Markey medical oncologist Dr. Philip DeSimone and the radiation schedule given by radiation oncologist Dr. William St. Clair, to the combined surgeries performed by Beck, Miller, and Liau, Hall experienced the gamut of care that only the most advanced medical centers in the country can provide. As the "lead" on her care, Hall says Beck gave her a pep talk on the importance of being part of the team before treatment began.

"Initially when I went to see her – I'll never forget this – she said, 'We are a team here," Hall said. "'I'm your coach and you're my quarterback.' And you really are a team at UK."

These days, life has largely returned to normal for Hall, who still maintains an active lifestyle. She and her husband regularly boat on Lake Barkley, and she enjoys cooking, exercising, and watching after her "granddog," Kona. She stresses the importance of being proactive in your own healthcare, noting that knowing about any potential health risks is far better than not knowing.

"I was doing everything right and it just happens sometimes," she said. "But I'm very thankful I didn't skip that appointment that day, because I've often wondered what would've happened if I waited."