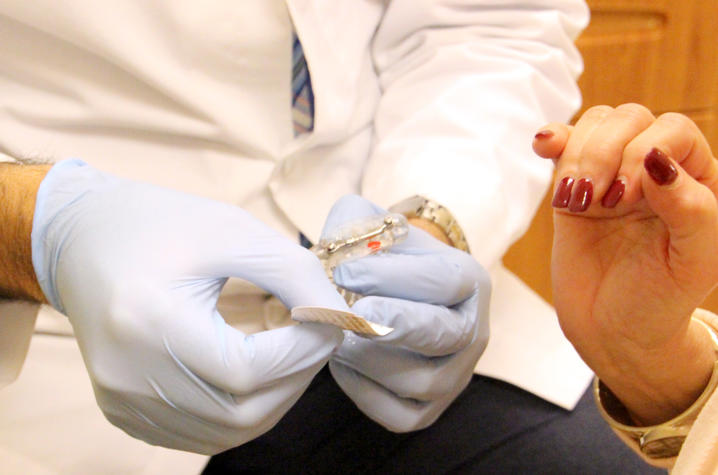 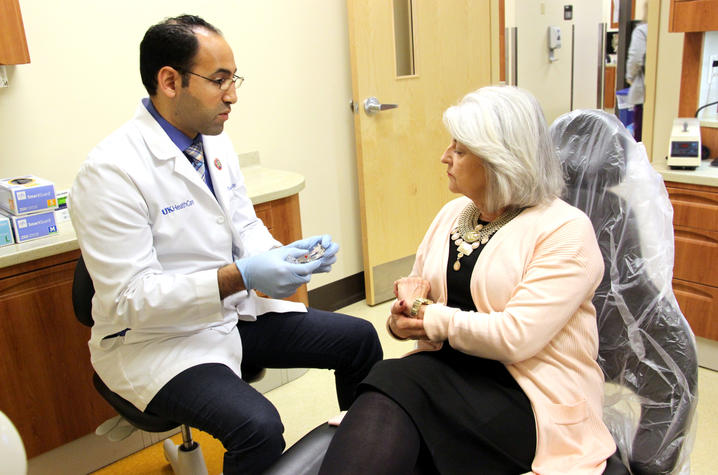 LEXINGTON, Ky. (April 5, 2018) — When Danville native Linda Pike was diagnosed with obstructive sleep apnea in 2010, she was relieved to finally discover a name for the condition that had kept her from getting a good night's rest for years. Her troubles were far from over though, as she had a tough time adjusting to conventional treatments. However, thanks to help from UK Dentistry, Pike is now finding it much easier to get a good night's rest.

According to the National Sleep Foundation, around 18 million Americans suffer from sleep apnea. There are two types of sleep apnea — central and obstructive. Central sleep apnea is less common and often associated with other conditions, like stroke. Obstructive sleep apnea results from a repetitive (partial or complete) airway collapse, which prevents air from reaching the lungs.

Sleep apnea can wreak havoc on the body. The condition has been linked abnormal cholesterol, memory loss, high blood sugar and even an increased risk for heart failure. For Pike, chronic drowsiness affected her work performance and even her ability to drive.

After her diagnosis, Pike began using a CPAP machine which increases air pressure in a patient's throat to keep the airway from collapsing when inhaling during sleep. However, she found it difficult to adjust to sleeping with the machine, which requires wearing a face mask. In September 2017, she was referred to Dr. Thamer Musbah in UKCD's oral diagnosis division.

Dr. Musbah recommended oral appliance therapy as an alternative to treatment with a CPAP machine. Dental sleep appliances are the most common nonsurgical alternative for patients that have difficulty tolerating the CPAP. These custom double-arched devices are similar in appearance to mouth guards and work by slightly repositioning the jaw to keep the airway open during sleep. Oral appliance therapy is often an effective, non-invasive treatment that requires very little change to a patient's lifestyle.

"After just a week, I noticed a huge improvement in my quality of sleep — that's what encouraged me to stick with it," said Pike. She had previously tried three different types of CPAP before making the switch to an oral appliance.

Oral appliance therapy is growing in popularity. Pike, like many others, prefers the comfort and convenience of wearing a smaller device. Oral appliances are also preferred because they are quieter, easier to care for and more convenient for travel than traditional CPAP machines. Since beginning oral appliance therapy, Pike's quality of sleep has made a drastic improvement.

"I would recommend this to anyone," she said. "Prior to this, I was lucky to get three to four hours of sleep. Now, I sleep through the night."