LEXINGTON, Ky. (May 14, 2018) —  When Dr. J. Thomas Murphy moved to the United States in 2002 to practice medicine as an anesthesiologist, he'd never even heard of the opioid drug Vicodin. Originally from Canada, Murphy completed his medical education and training at Dalhousie University in Nova Scotia before moving to Saudi Arabia to work as a cardiac anesthesiologist. When he came to the University of Kentucky, he saw the impacts of the opioid epidemic time and again in the cardiac operating room and would eventually feel called to join the fight.

"Like a lot of people, 10 or 20 years ago, I had a negative attitude toward people with substance use disorders." Murphy said. Seeing patient after patient having the complications of substance use disorders treated, but not the disorder, motivated Murphy to become the person to treat the underlying disease. "It took studying and experience to learn this [addiction] is a brain disease, not a moral failing or lack of will power; it can be managed with treatment."

The event that most motivated Murphy to join the fight against the opioid epidemic was experiencing firsthand one of the most devastating effects of the opioid crisis — the overdose death of a young man in his 20s. That experience changed him, his views on addiction and his path as a physician.

In August 2013, Murphy began the education that would change his outlook on addiction as he began to pursue a board certification in addiction medicine. A relatively new specialty, addiction medicine, according to the American Board of Preventive Medicine, is a subspecialty "concerned with the prevention, evaluation, diagnosis, treatment and recovery of persons with the disease of addiction, of those with substance-related health conditions, and of people who show unhealthy use of substances including nicotine, alcohol, prescription medications and other licit and illicit drugs."

After months of self-study, 57 hours of live continuing medical education and applied experience working with patients with opioid use disorder (OUD), in November 2014, Murphy was able to sit for an exam to earn board certification.

On Tuesday mornings Murphy sees patients in the First Bridge Clinic, located in the UK Center on Drug and Alcohol Research and funded by a grant from the Kentucky Cabinet for Health and Family Services and UK HealthCare. He says working in the clinic is fulfilling because he has the chance to "see patients who I've seen for treatment at Chandler and Good Sam get better."

Murphy has a ‘why not me’ attitude when it comes to the opioid epidemic and encourages other physicians to learn about substance use disorders, addiction medicine and ways to better manage patients with opioid use disorder. "This is the crisis of this century," Murphy said. "This work is asking to be done." 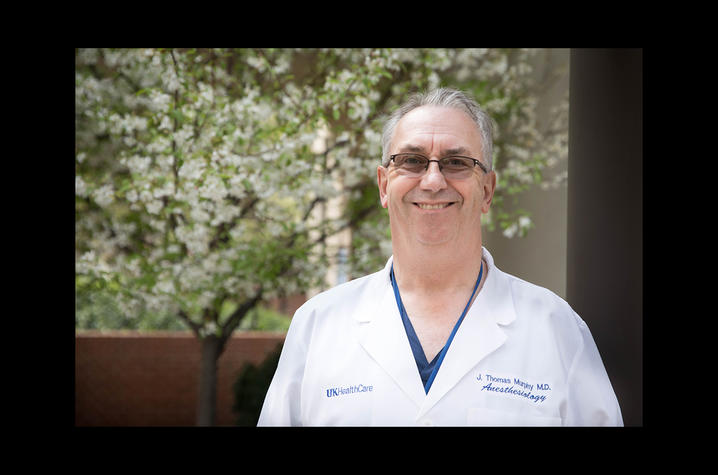 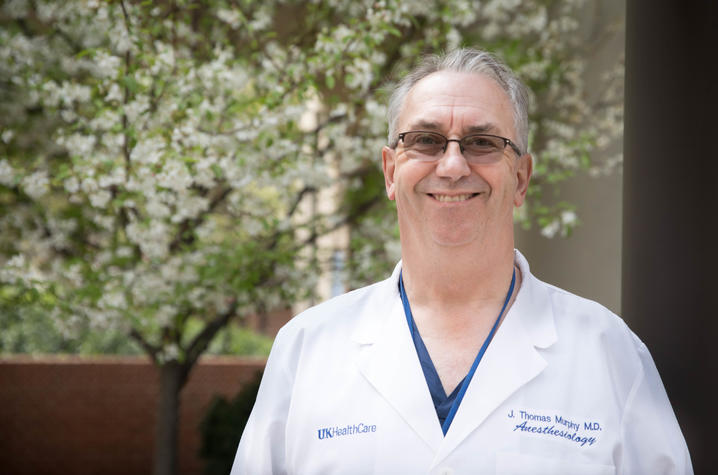