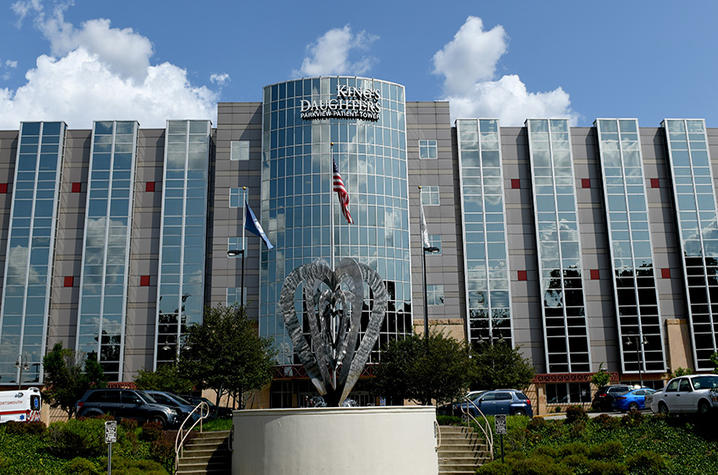 ASHLAND, Ky. (Jan. 29, 2021) — King’s Daughters Health System and UK HealthCare, the clinical health care system of the University of Kentucky, announced today their intent to enter into a significant partnership that will create new opportunities for both organizations to better serve patients throughout Kentucky, southern Ohio and West Virginia.

The executive committee of UK’s Board of Trustees and King’s Daughters' Board of Directors endorsed the formation of the new joint venture partnership during special meetings this morning. It is anticipated that the final operational details of the partnership will be announced in early April.

A new governing group will be formed for the proposed joint venture with equal representation of both UK and KDHS. David Jones, current chair of King’s Daughters Board of Directors, will serve as chair of the new board. Kristie Whitlatch, RN, MSN, will continue in her role as president and chief executive officer of King’s Daughters. While Whitlatch will join the UK HealthCare management team, no additional changes in management, compensation, benefits or job responsibilities are anticipated at either UK HealthCare or KDHS.

“Our goal in entering into this partnership is to strengthen local healthcare,” Whitlatch said, “not just in Ashland and eastern Kentucky, but throughout the Commonwealth and beyond.” King’s Daughters has enjoyed a longstanding, positive relationship with UK HealthCare, Whitlatch noted, including an affiliation with UK’s Markey Cancer Center.

“This is a win-win situation for two strong organizations,” said Dr. Mark F. Newman, UK executive vice president for health affairs. “This partnership builds on our existing relationship and creates mutual alignment between our two organizations,” he said.

“We are excited to begin working more closely with our friends at UK HealthCare and being able to provide even better care, greater access, and advanced technology to our communities through this partnership,” Whitlatch said.

To see the Approved Recommendation from the UK Board of Trustees Executive Committee, click HERE.