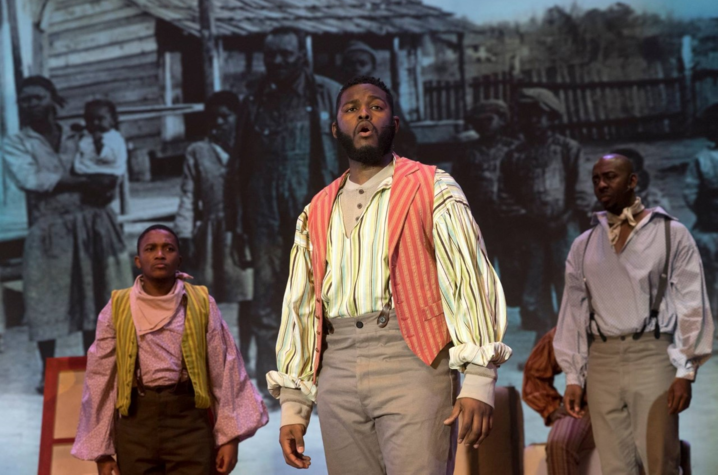 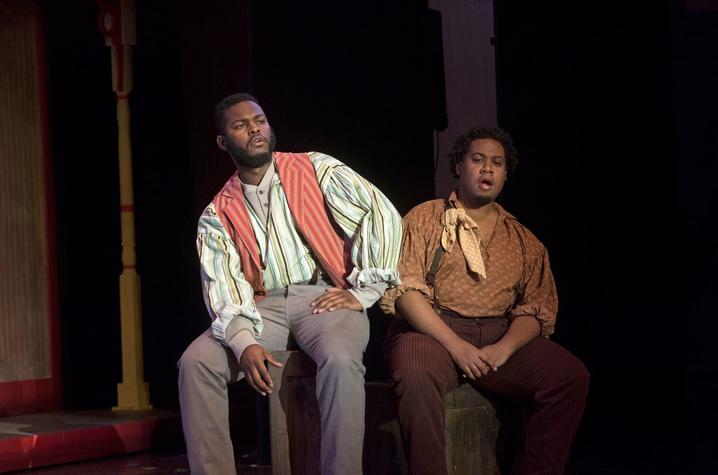 LEXINGTON, Ky. (Feb. 28, 2020) — University of Kentucky alumnus Blake Denson is one of nine vocalists who have advanced to the finals of the Metropolitan Opera National Council Auditions. He will vie to win the competition performing with the Metropolitan Opera Orchestra, conducted by Bertrand de Billy, this weekend in the grand finals concert 3 p.m. Sunday, March 1.

The grand finals concert will be broadcast live on Metropolitan Opera Radio on SiriusXM Channel 75 and livestreamed on the Met's website, www.metopera.org.

Denson, a baritone, advanced to the semifinals out of the Midwest Region held in St. Louis, Missouri. A 2018 vocal performance graduate of UK, Denson studied under Dennis Bender, associate professor of voice. Bluegrass audiences may remember Denson, a native of Paducah, Kentucky, as Joe in UK Opera Theatre's 2018 production of "Show Boat"; as Dottore Grenvil in the program's 2017 production of "La Traviata"; or as Future in its 2017 world premiere of "BOUNCE: The Basketball Opera."

Since graduating from UK, Denson participated in the Houston Grand Opera Young Artist Vocal Academy. He is set to finish his master's degree at Rice University in 2020. This summer will mark his second with the Wolf Trap Opera Studio Artist Program.

Among Denson's 22 competitors in the semifinals held earlier this week at the Metropolitan Opera was countertenor and UK arts administration alumnus Key'mon Murrah, a native of Louisville, Kentucky, who won the Southeast Region held in Atlanta, Georgia. At UK, Murrah studied under Angelique Clay, associate professor and chair of the Voice Area at the School of Music. Prior to that he studied with Cynthia Lawrence, professor and William T. Bryan Endowed Chair of Voice.

The Metropolitan Opera National Council Auditions program provides a venue for young opera singers from all over the U.S. to be heard by a representative of the Met. Applicants prepare a minimum of four operatic arias in their original language with selections demonstrating contrasting style as well as languages. Semifinalists were chosen from a pool of more than 1,000 singers who participated in auditions held in 40 districts throughout the United States, Canada, Puerto Rico and Mexico, and who then competed in the 12 regional finals.