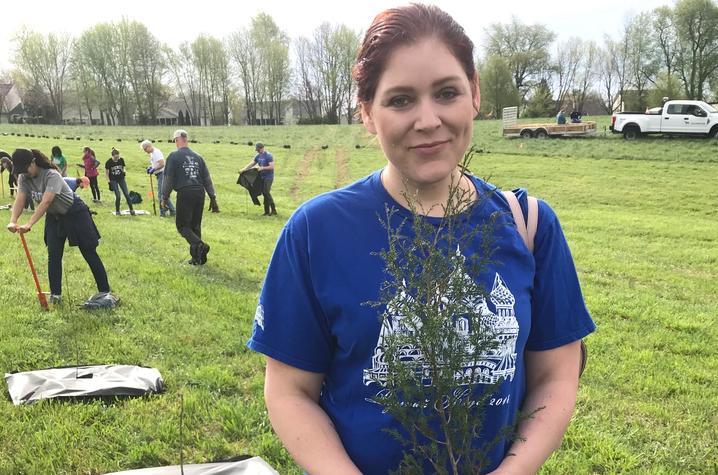 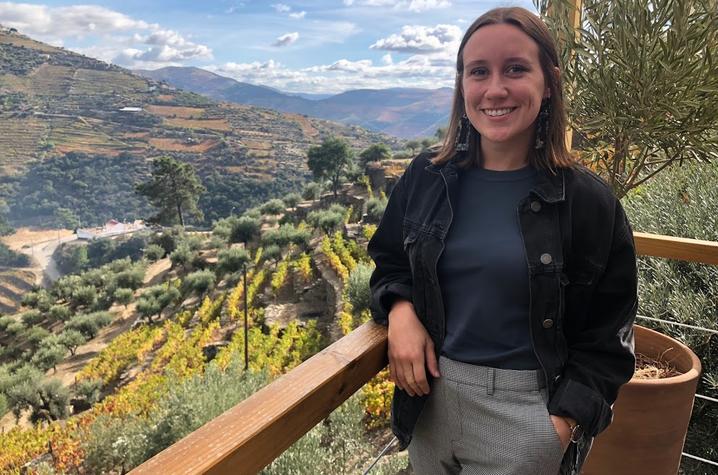 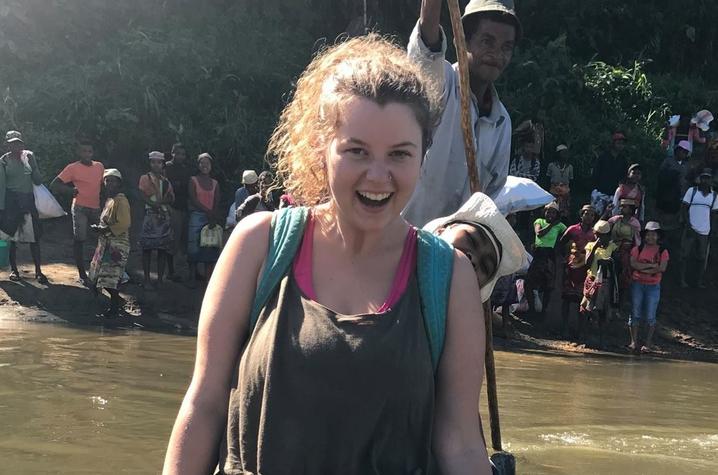 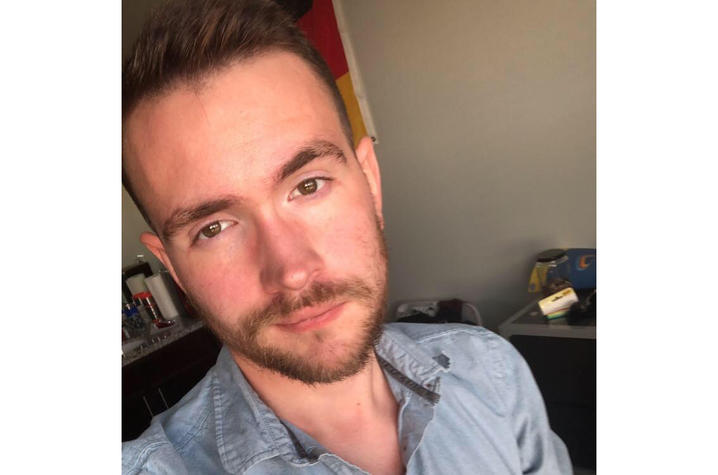 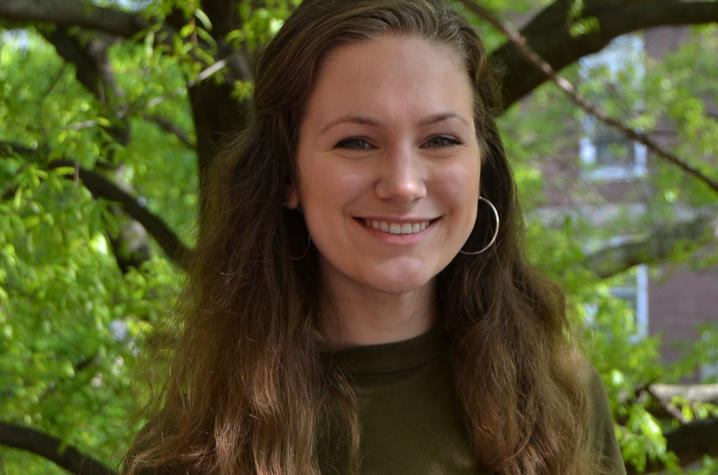 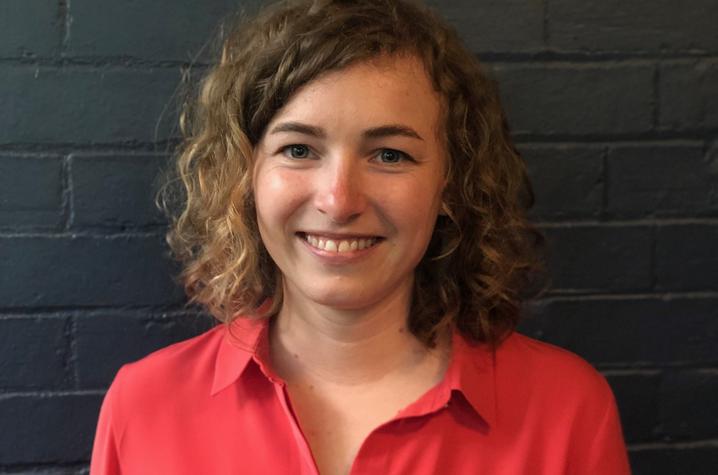 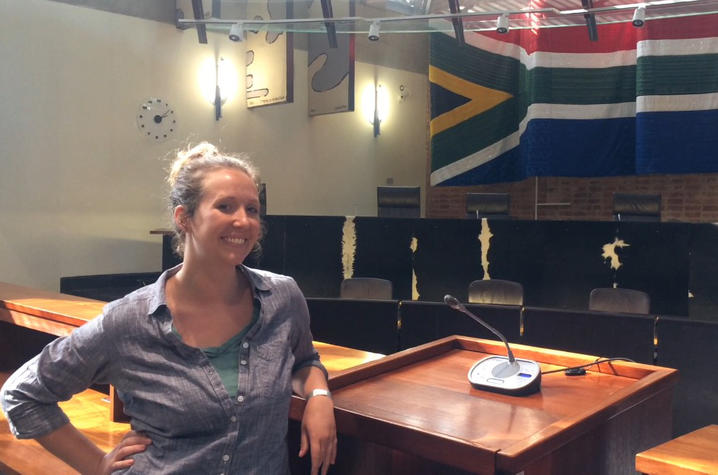 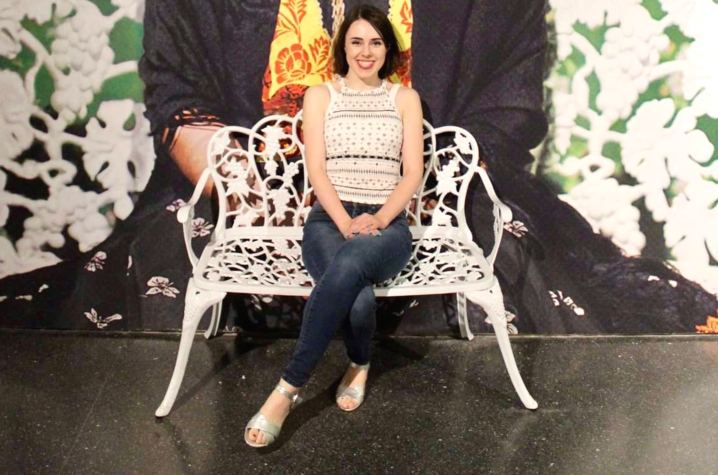 LEXINGTON, Ky. (May 30, 2019) — The University of Kentucky Office of Nationally Competitive Awards has announced that seven recent UK graduates and four doctoral students have been offered Fulbright U.S. Student Program scholarships. The UK recipients are among approximately 2,000 U.S. students who will travel abroad for the 2019-20 academic year.

Recipients of Fulbright grants are selected based on academic or professional achievement, as well as demonstrated leadership potential in their fields. The program operates in more than 140 countries.

This year's UK students offered Fulbright grants, from a university record 37 applications, are:

Only eight of the UK alumni and students will pursue their Fulbright offers. Brown, from Parker, Arizona, has chosen to accept a teaching position in his home state. Cortas, from Louisville, Kentucky, plans to enter the Jesuits as a novice. Lietzow, of Union, Kentucky, will start work on her master's degree in Chinese economic and political affairs at the University of California, San Diego. The eight accepted Fulbright placements ties UK’s previous record for the university’s highest number of students awarded Fulbrights.

Elizabeth Avery, from San Francisco, California, will use her Fulbright Research Grant to research geochemical methods of tracing water paths and precipitation patterns in Ukraine for her doctoral dissertation.

At UK, Avery has been working on a project at a stream on campus. The stream, which is impacted by nutrients, will be undergoing a restoration effort later this year. She is analyzing stream water pathways and residence time in the hyporheic zone to see how these change after restoration. Avery, who holds a master's degree from California State University, East Bay, previously worked on a project researching groundwater-surface water interaction in the Lake Tahoe area.

Calli Brooks, the daughter of Lisa and Randi Brooks of Goodlettsville, Tennessee, will teach in Brazil on her Fulbright English Teaching Assistantship (ETA).

Brooks, who volunteered in Brazil during high school, is excited to return. "It will give me a firsthand perspective of teaching within a university while also strengthening my understanding of the Brazilian culture and Portuguese language. I plan to continue my studies of both Hispanic and Portuguese linguistics, so this opportunity will be vital for those goals."

Brooks' fascination with language and culture began in high school and was nurtured at UK by Department of Hispanic Studies faculty; her education abroad experience in Seville, Spain; and her senior capstone, where she researched the correlation between the use of Spanglish among second-generation Spanish speakers within Lexington, and how the use of Spanglish affected their identities and perceptions of themselves.

Upon completion of her assistantship, Brooks will pursue graduate studies in Hispanic linguistics. She would like to one day work as a professor in Romance linguistics.

Mariah Donohue, the daughter of Elizabeth and James Donohue of Queens, New York, will use her Fulbright Research Grant to study endangered brown lemur hybrids in the Andringitra region of Madagascar.

"I am committed to protecting the rapidly vanishing biological heritage of the world we all share," Donohue said. "I am especially driven to conserve non-human primates, as they provide insight into our own evolution, exhibit complex social lives and deliver essential ecosystem services."

Donohue, who holds bachelor's and master's degrees from Stony Brook University, became interested in the study of primates during her undergraduate years. Her first research, an independent study on red fronted brown lemur vocalizations in Madagascar followed as well as master’s research on the effect of habitat disturbance on the gut microbiome of black-and-white ruffed lemurs partially funded by a National Geographic Young Explorer’s grant.

After completion of her doctorate, Donohue hopes to become a professor at a research university, where she wants to spearhead research programs in Madagascar and build long-term international collaborations. Ultimately, she wants to foster Malagasy leadership in conservation initiatives and work toward realistic solutions to the country’s biodiversity crisis.

Matthew Gordon Edwards, the son of Cressy D. Sturgeon of Cave City, Kentucky, and Jerry Edwards of Hardyville, Kentucky, will teach in Germany on his Fulbright ETA.

Edwards is looking forward to all the ETA experience provides. "This assistantship not only gives me the chance to teach and study abroad in a foreign country, but one that will engage with my studies and allow me to advance culturally, professionally, intellectually and in my individual affairs. This opportunity will enrich me with knowledge beyond my wildest dreams and set my goals to levels I never thought possible."

Since overcoming a traumatic medical injury in 2016, Edwards' goal has been to help others achieve success. He will use his experiences in Germany to advance this mission.

Upon completion of his assistantship, Edwards wants to work with drug rehabilitation counseling abroad in Germany to help create a better and less stigmatized life for those suffering from addiction.

Eloise Kowal, daughter of Laura Kane of Oak Park, Illinois, and Michael Kowal, of Norwalk, Connecticut, will teach in Colombia on her Fulbright ETA.

"The language and cultural skills learned during my year abroad in Colombia will allow me to better serve diverse populations and become a more well-rounded clinician."

Kowal, who did undergraduate research on intervention strategies in classroom and clinical settings for children with cerebral palsy, has wanted to pursue a career in health care since childhood.

After completing her assistantship, Kowal plans to earn her master's degree in speech language pathology and become a speech therapist.

Jess Linz, daughter of Mary Jo Schmidt and Bob Linz of Cincinnati, Ohio, is the recipient of a Fulbright-García Robles Scholarship. She will use her award to support her fieldwork researching urban displacement in Mexico City.

Linz, who holds a bachelor's degree from University of Cincinnati and a master's degree from UK, became hooked on the field of geography while an undergraduate student in architecture. "I think geography adds something unique to conversations about the city that involve other disciplines and professions like architecture, planning, engineering, sociology and anthropology. As social scientists who take space as our central question, I think geographers bridge conversations between disciplines in exciting ways."

At UK, Linz has conducted fieldwork on gentrification and social exclusion in Cincinnati for her master's and worked on independent collaborative writing projects with Araby Smyth and Lauren Taylor Hudson about feminist politics in higher education, with Professor Anna Secor on politics at seeming impasses, and with Secor and Robby Hardesty on the political valence of internet memes.

Upon completion of her fieldwork in Mexico, Linz will return to complete her doctorate at UK.

Brittany Stanfield of Lexington will use her Fulbright Research Grant to examine the social dynamics of agricultural development programs in South Africa as part of her dissertation research for her doctorate.

Stanfield, who earned her bachelor's degree at the University of Georgia, became interested in rural livelihoods and agriculture as a path out of poverty from conversations she had with farmers and their families in Malawi. Then, as a college student diagnosed with a chronic autoimmune disease, she began to experience food insecurity firsthand.

As a scholarship student working to support herself through school, Stanfield's limited finances forced her to face the complexities of government nutrition assistance programs for access to the healthy food she needed. "I remember the reproach I felt from onlookers whenever I pulled out my EBT card to buy fresh fruits and vegetables. They were just too expensive for me to purchase on my income. Without that food I would have been too sick to work or study. Thankfully, I have been in remission for the last eight years, but I cannot forget the profound difference in quality of life that comes from access to healthy food or the stigmas I experienced attached to poverty."

Amaris Aleah Wade, daughter of Kathryn and Dewayne Wade of Lexington, is the recipient of a Fulbright Research Grant and a Fulbright Critical Language Enhancement Award (CLEA) for Mandarin studies. The Fulbright CLEA will allow Wade to refresh her Mandarin interviewing skills in Beijing at the Inter-University Program for Chinese Language Studies. She will then use the Fulbright Research Grant to capture ethnographic research on the LGBT population, in particular queer women, in Chengdu, China.

"Compared to much of China, it (Chengdu) is rumored to feature a sizeable LGBT population and a relative inclusivity of queer groups and cultures. The nature of this inclusivity, however, remains underexamined, especially for queer people who identify as women in Chengdu," Wade said. "This Fulbright Research Grant awards me a chance to speak to members of these groups, to better understand their lives, and to hopefully put forth my own very small contribution to Chinese feminist and queer ethnography."

Wade has been selected to participate in the U.S. Foreign Service Internship Program (USFSIP) for two summers, interning domestically at the Economic Policy desk of the East Asian and Pacific Affairs Bureau at the State Department last year and overseas in the Public Affairs section of the United States Embassy in Tbilisi, Georgia, this year. As a Gaines Fellow, she co-founded and later served as president of the university's branch of the organization Project Pengyou and explored the rhetoric of Chinese innovation and entrepreneurship policy versus policy execution and perception in her Gaines thesis. Wade is the previous recipient of a Critical Language Scholarship to China and a Boren Scholarship to Taiwan.

After her Fulbright Research Grant ends, Wade will work for the federal government to fulfill her obligations as a Boren Scholar and then pursue a master's degree.

Since its establishment in 1946 under legislation introduced by U.S. Sen. J. William Fulbright of Arkansas, the Fulbright Program has given more than 380,000 students, scholars, teachers, artists and scientists the opportunity to study, teach and conduct research, exchange ideas and contribute to finding solutions to shared international concerns. Fulbright alumni have achieved distinction in government, science, the arts, business, philanthropy, education and athletics and won such prestigious honors as the Nobel Prize, Pulitzer Prize, MacArthur Foundation Award and the U.S. Presidential Medal of Freedom. The Fulbright U.S. Student Program is administered by the Institute of International Education. For further information about the Fulbright Program, visit the website http://eca.state.gov/fulbright.

UK students who are U.S. citizens may apply for the Fulbright U.S. Student Program scholarships through the university’s Office of Nationally Competitive Awards. Part of the Chellgren Center for Undergraduate Excellence within the Division of Student and Academic Life at UK, the Office of Nationally Competitive Awards assists current UK undergraduate and graduate students and recent alumni in applying for external scholarships and fellowships funded by sources (such as a nongovernment foundation or government agency) outside the university. These major awards honor exceptional students across the nation. Students who are interested in these opportunities are encouraged to begin work with Pat Whitlow, director of the Office of Nationally Competitive Awards, well in advance of the scholarship deadline.