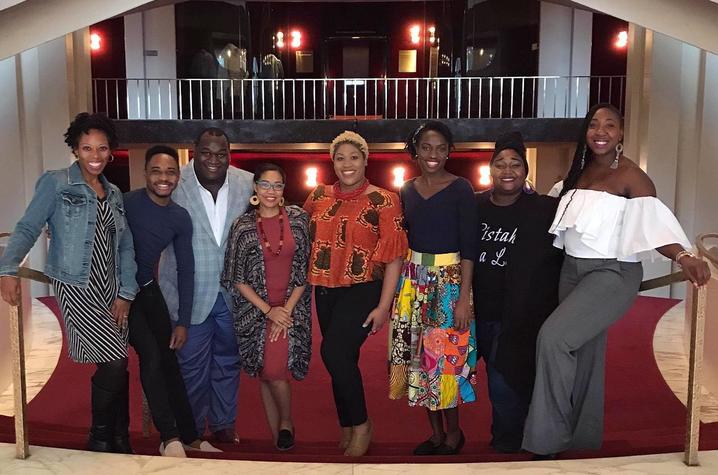 LEXINGTON, Ky. (Oct. 18, 2019) — Seven alumni and one doctoral student from University of Kentucky Opera Theatre recently finished the first seven performances of the Metropolitan Opera’s newest production of “Porgy and Bess.” This group of talented Wildcats will return to the Met’s stage for the last seven performances beginning Jan. 8, 2020.

“Porgy and Bess,” by George Gershwin, DuBose and Dorothy Heyward, and Ira Gershwin, is one of America’s most popular operas. The 2019-20 production, which opened Sept. 23, brings Catfish Row back to the Met for the first time in nearly 30 years. Directed by James Robinson, the cast features Eric Owens and Angel Blue in the title roles and an ensemble that includes Golda Schultz, Latonia Moore, Denyce Graves, Frederick Ballentine, Alfred Walker and Ryan Speedo Green.

The eight Wildcats lending their voices as part of the cast and chorus of “Porgy and Bess” include doctoral candidate Makeda Hampton and alumni La'Shelle Allen, Denisha Ballew, Christine Jobson, Andrea Jones-Sojola, Karmesha Peake, Markel Reed and Reginald Smith Jr. As part of the production, Smith made his Met debut in the role of Jim. Smith is a 2015 Metropolitan Opera National Council Auditions winner.

In addition to the UK vocalists, an alumnus of the UK Symphony Orchestra, Seth Morris, served as principal flute in the pit for the Metropolitan Opera Orchestra. Morris was most recently seen at the Singletary Center for the Arts in September 2018 with UK’s orchestra.

The production has yet another connection to UK. Twenty-three of the vocalists performing as part of “Porgy and Bess,” including the eight UK singers, are part of the American Spiritual Ensemble founded by UK Opera Theatre Director Everett McCorvey.