Watch a documentary above by Robby Henson on the Voices Inside Program organized by Pioneer Playhouse.

LEXINGTON, Ky. (Aug. 30, 2017) — Not so surprisingly, University of Kentucky theatre alumnus Bill McCann Jr., president of Kentucky Playwrights Workshop and producer of new works at the Kentucky State Fair, is the editor of a new publication of plays titled “I Come From: A Voices Inside Anthology.” However, this new book features the work of some very unlikely writers and playwrights.

“I Come From: A Voices Inside Anthology” showcases the writings and plays of prisoners serving time at Northpoint Training Center near Danville, Kentucky, who participate in the Voices Inside Program.

Voices Inside is a prison outreach program organized by Danville’s popular arts venue Pioneer Playhouse that is underwritten by the National Endowment for the Arts and the Nathan Cummings Foundation. The program was co-founded by Pioneer Playhouse Artistic Director Robby Henson, Danville playwright Elizabeth Orndorff and Curt L. Tofteland, founder of Shakespeare Behind Bars.

“There is a huge amount of suppressed creativity struggling to be heard behind prison walls,” Henson said.

While the quality and depth of the writings may not be surprising, it was not an easy task to organize the work for publishing.

“Working with prison writers is not fast — they are not accessible by phone or email. However, we have a collection of 14 short plays by 10 Northpoint (current and former) prisoners,” said Bill McCann Jr.

Subjects of the plays include prison life, of course. But other topics include the importance of favorite television shows, the movie “October Sky,” online auctions, second chances, dementia, writer’s block and death. Some are serious dramas, others are comedies that will make some people laugh out loud.

A few of the 10 featured playwrights in “I Come From” have already won acclaim for their work. Phillips was a finalist for the 2017 Heideman Award at Louisville’s Actors Theatre. Others have won PEN awards or had productions of their works staged in New York City. All the plays have had readings at Actors Theatre of Louisville, and some have even been performed in Kentucky prisons, libraries or theatres.

Local audiences will have an opportunity to see nine of the 14 plays from the book very soon when UK theatre junior Ian Scott and his company Antagonist Productions present the I Come From Festival, inspired by work in the publication.

“The entire theme of the festival was based on these scripts. We had chosen ‘I Come From’ well before we decided to turn it into a festival,” Scott said. “We wanted to make a splash in Central Kentucky and what we have in these scripts and the community effort going into this festival is going to be something very special. The outreach of support we have received from our local vendors and businesses is amazing.”

Directors for the festival, Trent Stephens, Stephanie Pistello and Drew Davidson, will each direct three of the plays selected from “I Come From” between Sept. 21-24, at Lexington’s MoonDance Amphitheater at Midnight Pass in Beaumont Circle. Gates for the performances will open at 6:30 p.m. and shows will start at 8 p.m.

The son of UK alumni Boo Brown and William McCann Sr., Bill McCann Jr. grew up in Lexington, where he found his love for theatre and became very active in the arts scene.

McCann earned his undergraduate degree in history from Transylvania University and later earned his master’s degree in education from the University of Virginia. He also earned a master’s degree in theatre from UK, where his interest in writing plays grew. The first play of his that was produced during this time was “The Monkey King: Havoc in Heaven,” which was adapted from popular Chinese folktales originally given a voice by Jennifer Goodlander. This production allowed him the opportunity to join the Dramatists Guild of America.

In addition to working with Voices Inside, McCann has worked on oral history projects for the Louie B. Nunn Center for Oral History at UK Libraries completing over 200 interviews on various topics. He also edited the “Kentucky New Play Series Anthology 2012-2013,” as well as served as the founding producer of the series presented at the Kentucky State Fair.

McCann, along with Jeanine Lister, has also published several works by Kentucky playwrights in their journal Snapdragon for two years, including work from Voices Inside playwrights.

Currently, McCann teaches at Bluegrass Community and Technical College. He is also president of a small nonprofit called Kentucky Playwrights Workshop which performs at the local StageBox Theatre.

The anthology “I Come From” was published by JW Books, of Cynthiana, Kentucky. 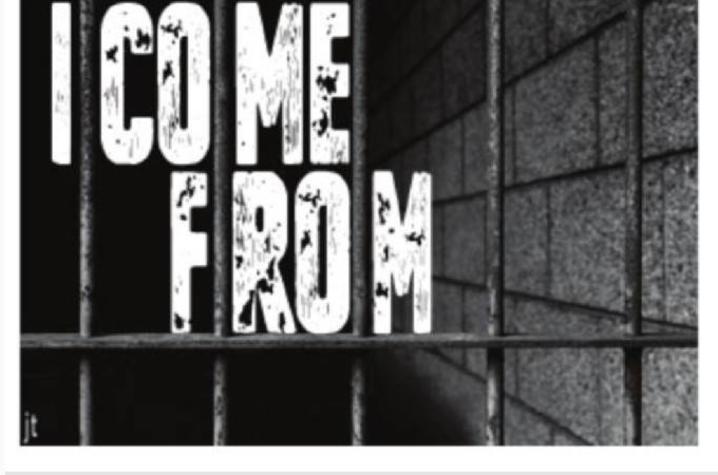 “I Come From: A Voices Inside Anthology,” edited by UK theatre alumnus Bill McCann Jr., showcases the writings and plays of prisoners serving time at Northpoint Training Center near Danville, Kentucky, who participate in the Voices Inside Program.