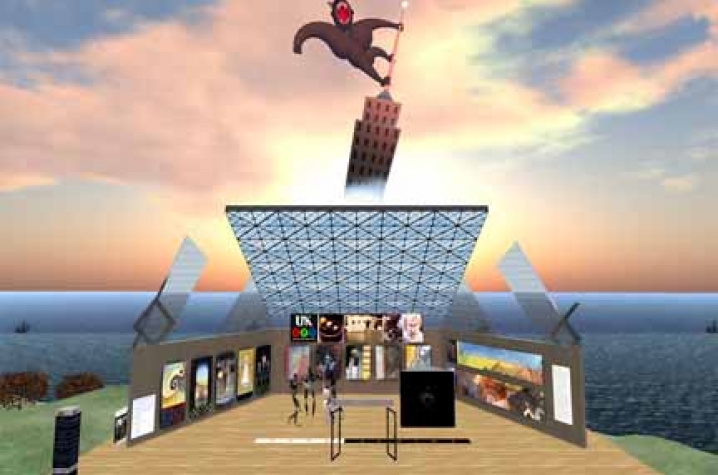 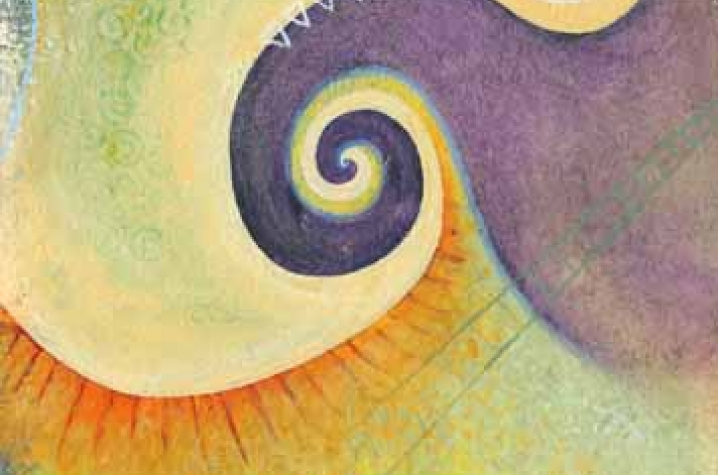 LEXINGTON, Ky. (May 24, 2010) − The University of Kentucky Department of Art has featured some of the top artists in the virtual world in its online gallery in Second Life (SL). The gallery has gained serious attention from individuals and institutions worldwide for their willingness to present platform-specific 3-D art that can only exist in a virtual space.

The next exhibit in UK Department of Art's space on the University of Kentucky island is a bit of a departure for the gallery: presenting real world art on traditional media, but in the virtual gallery space. The show "PETE JIMINY: Real and Virtual Art as Seen in a Virtual World," featuring the work of an artist who is well known among connoisseurs of SL art, will open at 4 p.m. Monday, May 24, at UK's virtual gallery (visible to Second Life users) on the UK island. The exhibit will run throughout the summer.

Jiminy is a member of the Caerleon Artists Collective and has worked on a number of their major collaborative installations, creating unique clothing, signs and textures. His work can be seen in several important virtual galleries, including the Museum of Virtual Art at Caerleon, Crossworlds Gallery, S&S Gallery and others.

A master of color and form, Jiminy’s work often conveys a sense of humor without being overt. In addition to his work in traditional media, which began with landscapes of the environment in Alaska, he has been exploring the possibilities of 3D art in SL.

"In the virtual environment I have recently begun digital sculptural work, playing with several thoughts. One being abstractions, applying the same process used in my painting. Another being just goofing off while exploring the constraints of simple prim building," says Jiminy. "I do continue to consider the role that the new medium of virtual art will play in the scheme of art history."

Jiminy lives in Alaska where he works as a freelance graphic designer and illustrator.

Second Life is a virtual world developed by Linden Lab that launched in 2003, and is accessible on the Internet. The free client program enables its users to interact with each other through avatars in real-time 3-D space. Users can explore, meet other residents, socialize, participate in individual and group activities, and create and trade virtual property and services with one another.

For more information about UK Department of Art's Second Life gallery or the opening of the Pete Jiminy Exhibit, contact Oriscus "Oz" Zauberflote by e-mail to oriscus@gmail.com.