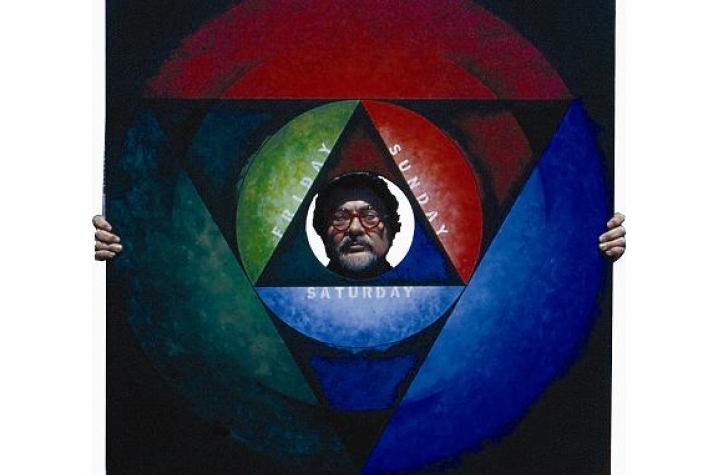 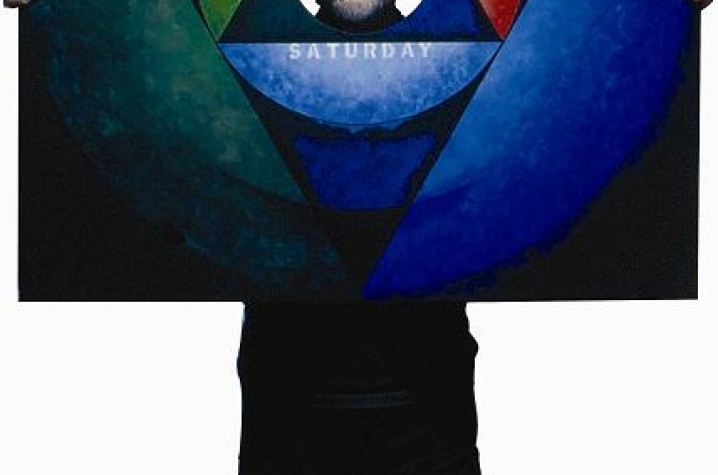 LEXINGTON, Ky. (Sept. 11, 2009) - One of the founders of the SotsArt movement, Vitaly Komar, will serve as this year's Distinguished Visiting Artist opening the University of Kentucky Department of Art's 2009-2010 Visiting Artists and Scholars Lecture Series. As part of the series, Komar will deliver a free public lecture on his art and career at 6:30 p.m. Tuesday, Sept. 15, in the Center Theater, located in the UK Student Center. The lecture date marks the 35th anniversary of the destruction of his work by Soviet authorities.

Komar, who was born in Moscow in 1943, graduated from the Stroganov School of Art and Design and immigrated to New York in 1978. He is considered one of the founders of SotsArt, a Soviet pop and conceptual art movement with a satirical take on Socialist Realism, and one of the pioneers of multi-stylistic post-modernism.

The artist worked in collaboration with Alex Melamid from 1973 to 2003. While still in his native country, the artist and his artwork faced opposition from authorities. In 1974, Komar was arrested during a performance of "Art Belongs to the People," and later that same year, on Sept. 15, Komar and Melamid’s artwork and the works of other nonconformist artists were destroyed by Soviet authorities at the open-air "Bulldozer Exhibition."

Komar and Melamid's artistic influence is internationally recognized and is noted in such art publications as Oxford’s Dictionary of 20th Century Art, The Penguin Concise Dictionary of Art History, "Modernism in Dispute: Art Since the 40s," "Art in the Modern Era" and Phaidon’s "The 20th-Century Art Book."

Upon immigrating to the U.S., Komar and Melamid created a variety of projects including "First Auction of American Souls" in Moscow, the Lampang Elephant Art Academy, and performances, installations and collaborations in some of the world's most prestigious art venues in Paris, Berlin, New York, Cologne, Vienna and Venice, among others. Their work has entered the collections of the Guggenheim Museum, Metropolitan Museum of Art, Whitney Museum of American Art, the Museum of Modern Art, Victoria and Albert Museum, Albertina and San Francisco Museum of Modern Art.

Among the duo's celebrated collaborations are projects like "Questions New York/Moscow" with conceptual video artist Douglas Davis; "Passport" with Fluxus musician Charlotte Moorman; "We Buy and Sell Souls" with pop artist Andy Warhol; the opera "Naked Revolution" with composer Dave Soldier; and artwork created with painter Renee the elephant and photographer Mikki the chimpanzee. Additionally, they teamed up with dozens of artists and Soviet monuments on the traveling show "Monumental Propaganda" and with the masses and Marttila and Kiley Poll Company on "Most Wanted and Most Unwanted Paintings."

After exhibiting "Symbols of the Big Bang," a show focused on a quest for spirituality in science and natural forces at Yeshiva University Museum, Komar started his own piece "Three-Day Weekend" that united symbols of different faiths and concepts of spirituality with childhood photographs of him and his parents. This personal artwork would mark the end of his collaboration with Melamid in 2005.

But the artist continues to collaborate artistically in a broader sense. "I continue collaborating with art history," said Komar, "with the nonconformist art of my youth and its unfulfilled dreams and experiments."

The Department of Art in the UK College of Fine Arts sponsors the Visiting Artists and Scholars Series, which brings internationally-known artists, like Komar, to UK to lecture. The artists meet with students to discuss their research and offer critiques while visiting campus in addition to delivering a public lecture. Support for this program is provided by the Abercrombie Foundation.

The other public lectures scheduled as part of the UK Department of Art Visiting Artists and Scholars Series will be presented at noon on Fridays throughout the fall and spring semesters. These artists and scholars include:

With the exception of the Komar lecture, other free public lectures from the lecture series will be presented in 118 White Hall Classroom Building.

For more information on Vitaly Komar's lecture at UK, contact Dmitry Strakovsky, assistant professor of intermedia at UK Department of Art, via e-mail to dmitry.strakovsky@uky.edu.