LEXINGTON, Ky. (Jan. 14, 2020) — Experience the Beatles like never before with Sgt. Pepper's Lonely Bluegrass Band. Known as the world’s premier Beatles tribute band, the band reimagines the music of the Fab Four with bluegrass and jazz infusions. Presented as part of the University of Kentucky Singletary Center for the Arts 2019-20 Singletary Signature Series during the center’s 40th anniversary, the “Bluegrass Beatles” come together on stage 7:30 p.m. Friday, Jan. 17, in the Singletary Center Recital Hall.

After seeing Paul McCartney on his U.S. tour, lead vocalist and guitarist Dave Walser was inspired to form a Beatles cover band of his own but with a twist. For over a decade, this band has been touring all over the U.S., reimagining Beatles music as though it were distilled somewhere in the Black Mountain Hills of Dakota.

The band includes Walser on guitar and lead vocals, Bach Norwood on double bass and vocals, Reginald Rueffer on fiddle and vocals, and Gerald Jones on banjo and mandolin. The group presents new and innovative takes on such classics as “Eleanor Rigby,” “Come Together,” “Blackbird” and more.

A limited number of general tickets remain for the Sgt. Pepper's Lonely Bluegrass Band concert. Tickets are $18 and may be purchased online at www.SCFATickets.com, by phone at 859-257-4929 or in person at the Singletary Center ticket office. UK students may claim a free advance ticket with their student ID at the SCFA ticket office up to the day before the performance. 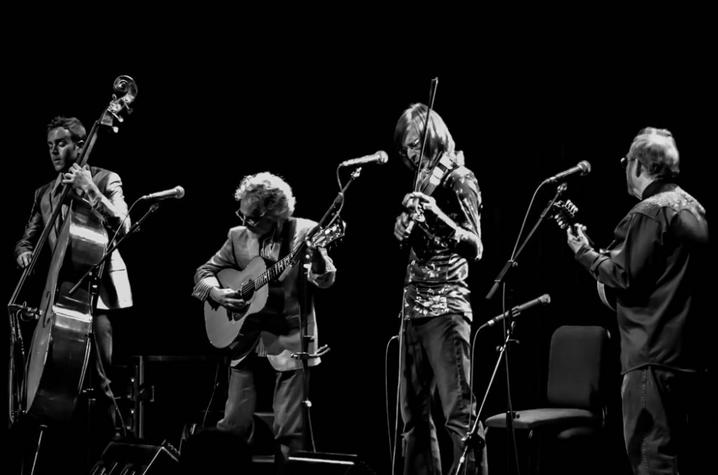