LEXINGTON, Ky. (Sept. 13, 2018) — "The Salvador Dali of Folk Music" and nationally recognized steel guitar player Baby Gramps will perform on the University of Kentucky campus on Sept.18. The Baby Gramps concert, presented by the John Jacob Niles Center for American Music, is free and open to the public and will begin 7 p.m., at the Niles Gallery, located in the Lucille C. Little Fine Arts Library and Learning Center.

Baby Gramps is an energetic and entertaining performer with an endless repertoire of talent. He sings his own unique arrangements of rags, jazz and blues from 1920s and 1930s, including several original works featuring wordplay, humor and throat singing. Seattle Metropolitan Magazine has declared him one of the top 50 most influential musicians in the last 100 years.

Baby Gramps has been featured in three films including a documentary centered around the history of jugband music, an updated version of the Academy Award-nominated film "Streetwise" (he also was featured in the original), and "50 Feet of Film," which includes a new original song about homelessness.

He has toured England, Ireland and Australia as a member of the "Rogues Gallery CD” Concert Tour with actor Tim Robbins, Marianne Faithful, Lou Reed, Martin Carthy, Suzanne Vega, Ralph Steadman and many other internationally recognized performers. Baby Gramps' work on "The Rogues Gallery CD," which was produced by Johnny Depp and Hal Willner, landed him an appearance on the "Late Show with David Letterman" where he was accompanied by Bob Dylan's band leader and bass player Tony Garnier.

The John Jacob Niles Center for American Music is a collaborative research and performance center maintained by the UK College of Fine Arts, UK School of Music and UK Libraries.

For more information on the Baby Gramps concert, contact Revell Carr, director of the Niles Center, by email to revell.carr@uky.edu, or visit the center’s website at http://finearts.uky.edu/music/niles. 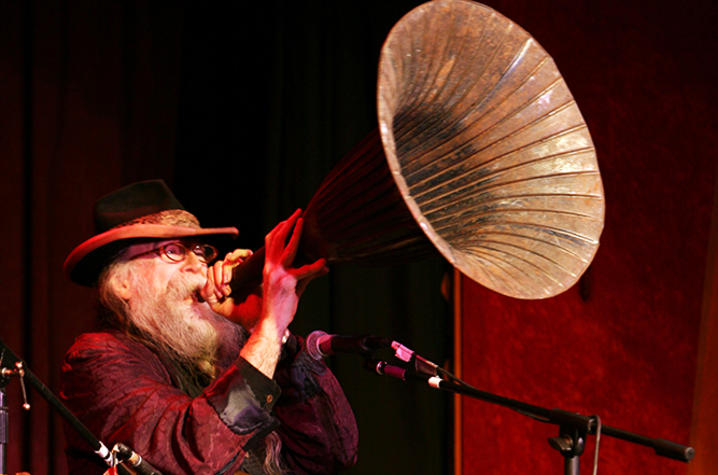