Watch Nick Covault talk about his time as a student at UK above. Videos by Jenny Wells/UK Public Relations and Strategic Communications.

LEXINGTON, Ky. (June 21, 2019) — For the first time ever, University of Kentucky will welcome the Governor's School for the Arts (GSA) to campus June 23-July 13 and host 256 of the state's brightest creative young minds. Shepherding the high schoolers and the program through this transition is a director who has literally been there before — Nick Covault, an alumnus of both GSA and UK.

"Being director of GSA, a program that has given me so much, is a gift and an honor. I also feel it increases the responsibility I have to ensure that these students are getting the same opportunity that I did, if not even more. I consider it almost a sacred responsibility to keep this program going for future generations.

"And then to take GSA to my alma mater, the University of Kentucky, is an amazing full circle experience. To be able to be back on UK's campus in such an intensive environment of GSA is thrilling. The memories that go through my head being back on campus are wonderful."

GSA is the Commonwealth's flagship initiative for its brightest young artists. Since 1987, more than 6,100 talented high school sophomores and juniors have attended GSA.

Each year, GSA auditions and reviews applications from thousands of students from across the state who are passionate about their art form. Selected participants attend a three-week, tuition-free summer residential program that focuses in nine different disciplines:

The intense experience fills the students' schedules with seminars, masterclasses, lectures, workshops and field trips from 9 a.m. to 10 p.m. seven days a week for the duration of the three weeks.

"In addition to rigorous study of their art form, they're learning how they can use their creative abilities to empower themselves as artists — as creative citizens — and how they can make an impact in the world, specifically an impact that they can make because of their role as an artist," Covault said.

GSA will culminate with an all-day festival July 13 that celebrates the achievements of Kentucky’s young artists.

GSA faculty are master artists and educators, whose work maintains a sense of relevancy and immediacy demanded within their craft. These nationally and internationally recognized artists are chosen for their skills as educators, personal artistic development and their ability to act as positive role models for young artists.

A native of LaGrange, Kentucky, Covault relishes this time giving back to the next generation of artists, knowing firsthand just how transformative the experience can be.

"When I was a student at GSA, it was the first time that I was ever in an environment where when I woke up, I was considered an artist first. And that was such a profound experience for me.

"My artistic identity was something that I was always so passionate about and part of my day, whether it was a choir class or an art class that I really enjoyed, but it felt relegated to that hour or two. To be in an environment where all day, every day from the moment I woke up to the moment I was in bed, we were immersed in the arts was a life changing opportunity for me. I met people who understood me in a way that I wasn't used to my peers understanding me. That was the first time that I felt like a mentor figure affirmed that interest for me, and that was really powerful."

In addition to validating Covault's passion for the arts and his talent, GSA helped him find his path forward in the field and his way to UK.

"The Governor's School for the Arts was very instrumental in my process of both getting into college and attending college, and also deciding on where to go to college. It was mentors of mine at the Governor's School for the Arts who guided me along the way of choosing where I was going to go on my campus visits. GSA prepared me for everything from living in a residence hall and doing my own laundry to socializing in a campus environment and the intensity of a college level music program."

And although UK wasn't at first on Covault's college list, it was a mentor he found through GSA that suggested he visit the university.

"I remember sitting in the building that belongs to the University of Kentucky Opera Theatre program and meeting some of the faculty and some of the students and watching them interact … seeing the obvious family that they had built together and realizing that's what I was looking for. And once I was there at UK as a student, all that I experienced in that campus visit, I found was very true. I found this great family waiting for me there, wonderful faculty and advisors, and mentors who really helped guide me along the way."

And in turn, UK's College of Fine Arts helped Covault find his way back to GSA through introducing him to what would become his second major — arts administration — something his advisor Jane Johnson suggested might be of interest to him.

"That was the first time I'd ever heard the phrase arts administration in my life. And I said, 'What's that?' She described it to me, and what's funny is — this is true, I'm not making this up — I actually remember saying to her, 'well, you know, I think it'd be really cool to run a program like the Governor's School for the Arts one day. Do you think the Arts Administration Program (now a department) is something that could help prepare me for that path?' And she said, yes."

After trying an introductory class, Covault was sold and decided to double major in arts administration and vocal performance. During his time at UK, he would take the stage in numerous UK Opera Theatre productions and then work behind the scenes interning at, you guessed it, GSA.

After graduation, Covault worked for LexArts in Lexington for a short time before relocating to Louisville to join the staff of GSA as alumni coordinator and registrar. He transitioned from there into the role of programming and community engagement manager for The Kentucky Center for four years before accepting the position of director of GSA in 2016, becoming the first GSA alumnus to serve as director.

"I'm the luckiest guy in the world," Covault said. "Being offered this position is one of the greatest honors of my time on Earth so far."

And this summer, Covault's GSA experience brings him back to Lexington and UK — a campus he is proud to share with the artists of tomorrow who he believes will benefit from connecting to not only a wide array of studies in the College of Fine Arts, but also creative programs in the College of Arts and Sciences and the College of Design.

"UK's commitment to the arts is at such a high level, making it the perfect home for a program like GSA. From the facilities, to the resources on campus, to the faculty and the experts who are on campus, GSA has so many opportunities to take our program to a new level."

A public/private partnership of The Kentucky Center, GSA is made possible with support from the state through the Governor’s Office and the Kentucky Tourism, Arts and Heritage Cabinet, as well as The Kentucky Center Endowment Fund, Toyota Motor Manufacturing and a multitude of corporations, parents, educators, alumni and friends of GSA. The program will call UK home for four years. 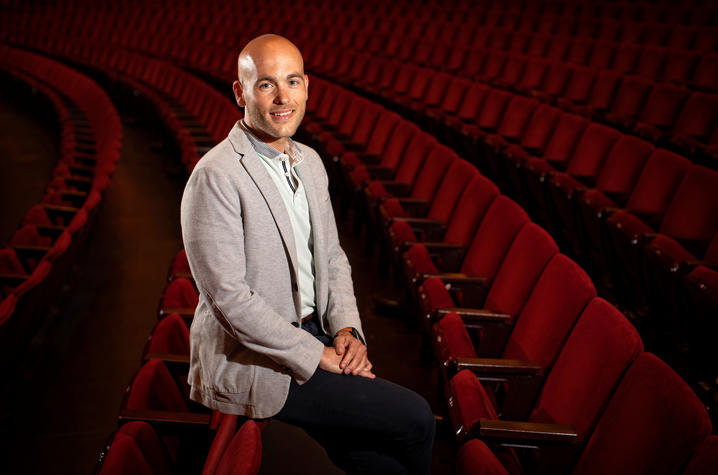 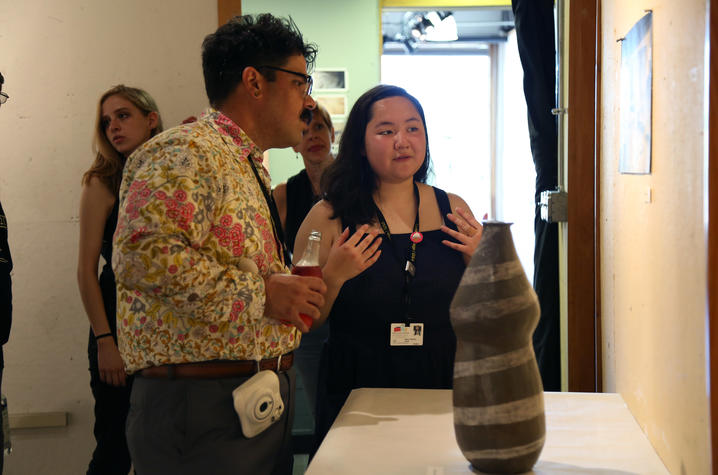 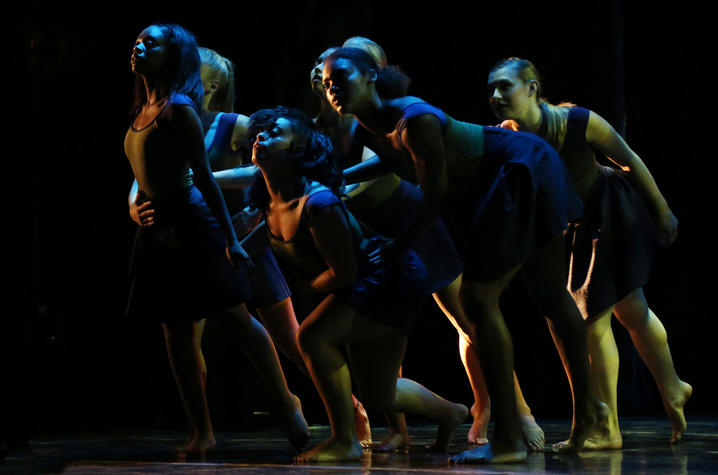 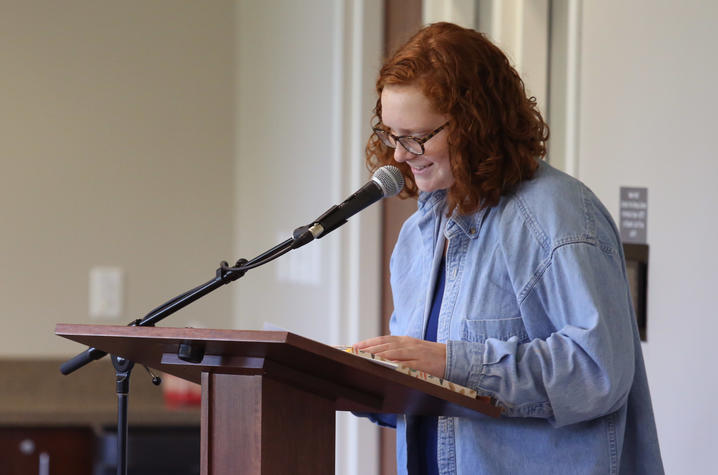 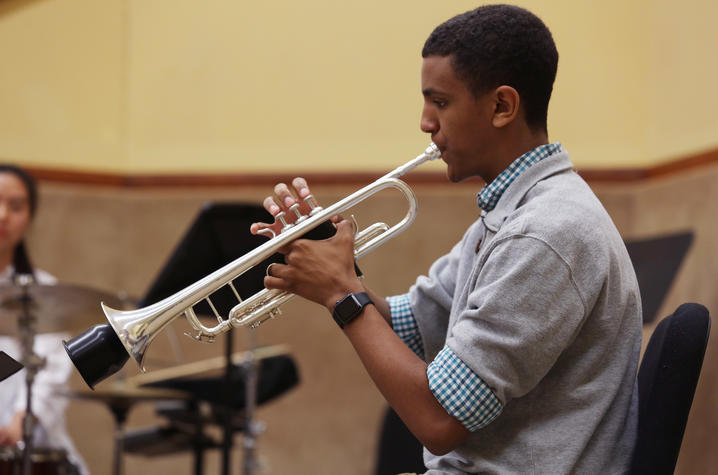 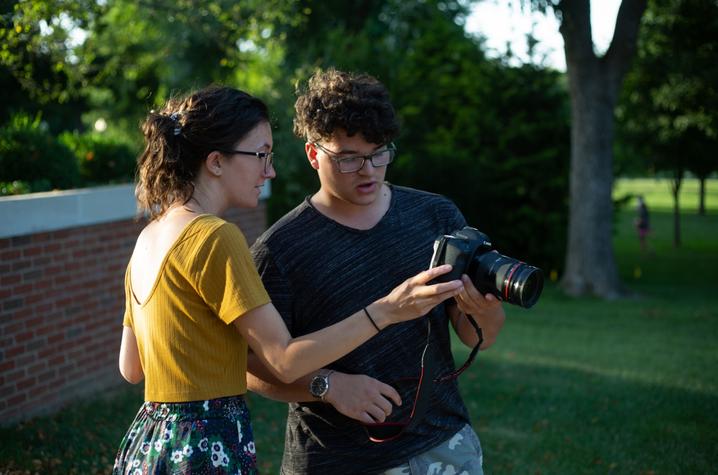 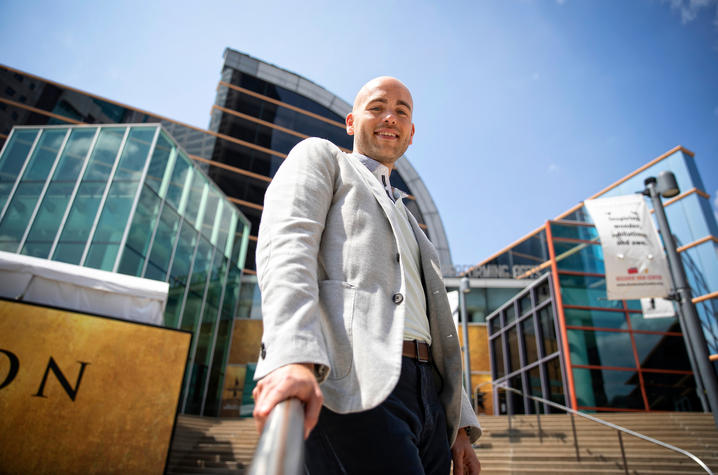