LEXINGTON, Ky. (Nov. 1, 2011) − The Bluegrass is invited to join the University of Kentucky Percussion Ensemble for a concert of new works at 3 p.m. Sunday, Nov. 6, at the Singletary Center for the Arts Concert Hall. This special concert is a prelude to the ensemble's upcoming showcase concert being presented during the Percussive Arts Society International Convention and 50th anniversary celebration at the Indiana Convention Center the following week. Under the direction of James Campbell, the UK Percussion Ensemble has won the prestigious society’s International Collegiate Percussion Ensemble Contest four times, a record matched by no other institution.

The UK Percussion Ensemble concert not only highlights the university's talented performers, it features two newly commissioned works by some of UK’s prestigious alumni. "Drumkit Quartet #51" was written by Glenn Kotche, drummer of the Grammy award-winning band Wilco. It was originally conceived as a quartet with sound design. For the UK ensemble, the piece has been re-orchestrated to include 16 performers. Sound artist Jordan Munson, an associate of the Donald Tavel Arts and Technology Research Center in Indianapolis, penned a new work that incorporates live percussion with live sound design in his "Circle of Wills."

The concert will feature three other works commissioned by the UK Percussion Ensemble, including "Blue Burn" by Joe Tompkins. The composer says, "although many universities have school colors, the University of Kentucky's connection with the color blue is stronger than most; hence the first word of the title." The "burn" comes from the tempo of the final presto in the piece (and perhaps a bit from the burn of a good Kentucky bourbon). "Sextet" by Ben Wahlund is scored for six cajons (wooden boxes), and "the day after" by David Crowell features the larger percussion keyboard instruments.

Finishing out the concert will be a performance of "Streams" by Warren Benson. Written almost 50 years ago during the infancy of western percussion ensemble music, "Streams" is antithetical to most percussion compositions written since that time. The orchestration of "Streams" demands of modern percussionists a refreshingly new musical challenge. "Streams" shuns most of the usual elements of percussion virtuosity. Fast tempos, brilliant runs, dramatic gestures, visceral accents and syncopations combined with loud dynamics are replaced by a more ambiguous virtuosity requiring exquisite control of sound, subtle shadings and delicate balances within extremely soft dynamics.

The concert is free and open to the public.

UK Percussion Ensemble is one of several ensembles at the UK School of Music in the UK College of Fine Arts. The School of Music has garnered national recognition for high-caliber education in opera, choral and instrumental music performance, as well as music education, composition, theory and music history.

Glenn Kotche not only contributed a new work to this concert for PASIC featuring the UK Percussion Ensemble, he recently visited campus and presented a clinic with UK percussion students. To see more about that visit, click play on the video below. 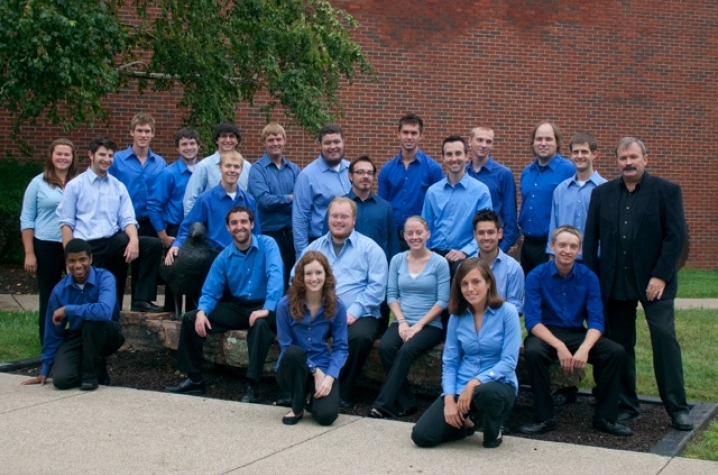