LEXINGTON, Ky. (May 12, 2011) − One hundred years after the first theatrical reading was given at the University of Kentucky, the art form is not only alive and well on campus, but even more diverse in offerings. Not surprisingly, today's UK theatre students learn about acting, staging, directing and playwriting as practiced in the Western world, but in recent years they have also learned about theater as it is staged in other cultures. One art form that found its way to the Bluegrass in the last year is Noh drama, the oldest surviving form of Japanese theater.

Under the direction of Atsuyoshi Asano, visiting scholar and Noh drama artist from the Kanze School of Noh in Kyoto, Japan, the UK Department of Theatre has offered several courses in Noh drama and even staged a theatrical production for the community.

One final opportunity remains for the public to learn more about Noh drama at a demonstration being presented by Asano in conjunction with the "Splendid Silk: Japanese Embroidery" exhibition currently being mounted at the Art Museum at UK by the museum, UK Asia Center and UK College of Fine Arts. The free public program, which includes a short Noh performance, will begin at 2 p.m. Sunday, May 15, at the Art Museum at UK.

Noh drama combines music, dance and acting to communicate well-known Japanese stories. Dating back to the 14th century, Noh continues to be presented in much the same form today. Stories ranging in emotion are depicted through music, controlled movement and gestures and recitation. Staging of this art form is very simple, except for its costumes, as to not distract the audience from the main character. Every movement by the actor is choreographed and often symbolic.

The costumes, specifically masks, are important in Noh and are worn only by the central character. The flute and Japanese drums are utilized to provide the musical background for each work, and at times a chorus at the side of the stage is utilized to help tell the story of the actors.

Noh is passed down through families from father to son. Asano's ancestors have a great history of performing Noh dating all the way back to the art's origins. A modern day master, Asano's passion for the Noh form of Japanese theater has led to his travels to the U.S. to teach a new group of actors. Before coming to UK, Asano previously presented classes at Georgetown College. Not only versed in the theatrical elements of the Noh, Asano has even amazed his students by crafting the masks and instruments for the dramatic performances.

The rare opportunity to learn from a living master of an ancient art form has not been lost on UK students.

"There is always that form of wanting to learn from a master," says theatre senior Brian Sprague. "As actors or artists we want to learn from our predecessors, Meisner, Stanislavski, those types of people. And so now, I actually have a chance to learn from Asano Sensei, whose family has been in Noh drama for generations."

Asano's nontheatre students also appreciated taking the course, including international studies and Spanish student Lena Reich, who said she took the course to learn more about her own Japanese heritage, and arts administration and Japanese language student Kaitlin Siler, who served as interpreter in the class.

Reflecting on the class and her time working with Asano, Siler said, "I've learned so much from this experience alone. I am never going to forget it."

To read a transcript for the video, click here. 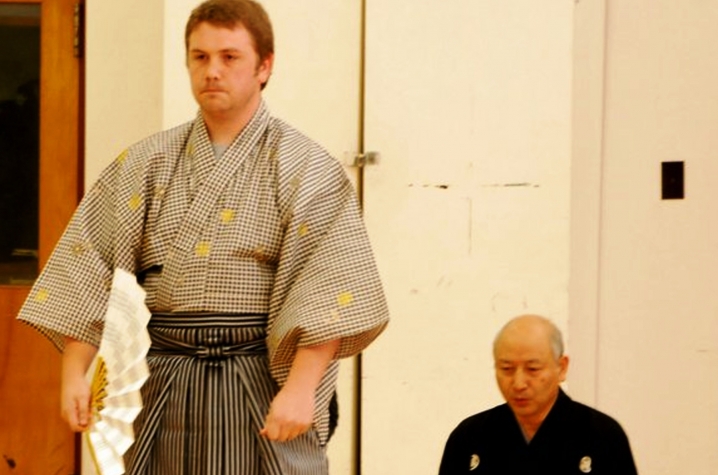 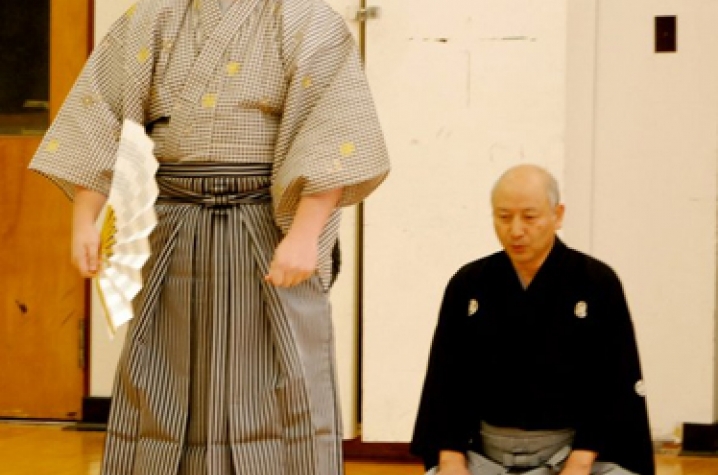