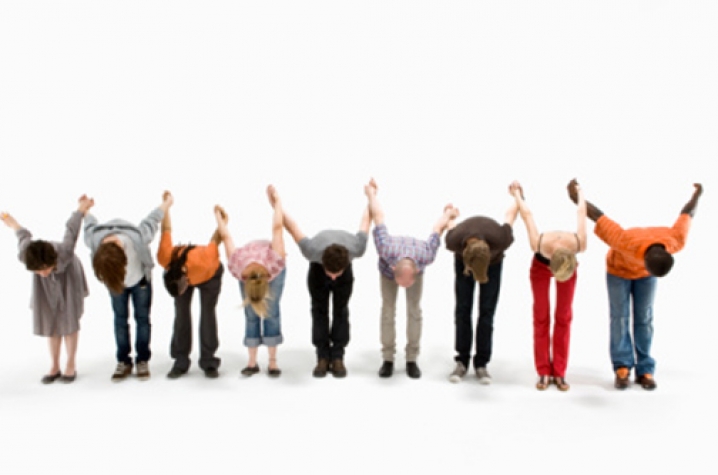 LEXINGTON, Ky. (Feb. 4, 2011) − Eight of the University of Kentucky's College of Fine Arts students have been awarded scholarships for their outstanding work in theatre.

Michael Sheehy, a freshman theatre major from Shelbyville, Ky., is the winner of the Wallace and Olive Briggs Scholarship. This is a four-year scholarship, in the amount of $1,000 per year, given to an entering outstanding freshman. The award was endowed by the couple upon their passing.

Cheyenne Holbert, a freshman pre-integrated strategic communications and theatre major from New Haven, Ky., and Dominique Luster, a freshman theatre major from Louisville, Ky., are the recipients of the Wallace Briggs Scholarship. This is a one-year $1,000 award that is given to a deserving freshman at the end of the fall semester. Briggs was the first chair of the theatre department at UK. The Briggs Theatre was named after him in 1986.

Jennifer Arnold and Abbey Lipe, both sophomore theatre majors from Louisville, are winners of the Charles Hayden Lampe Scholarship. This is a $500 scholarship awarded annually to sophomores who hold an overall grade point average of 3.0 and aspire for a future professional theatre career. The award is made in memory of theatre student Hayden Lampe, who died during his sophomore year at the university.

Michael Baird, a senior theatre major from Corbin, Ky., is the recipient of the Lolo Robinson Scholarship. The $500 scholarship is awarded annually to juniors and seniors that demonstrate commitment to all aspects of theatre departmental programs. The award is named in honor of Robinson, an actress, teacher and business manager, who was one of the first directors of the Guignol Theatre in the 1930s.

Tanner Fouts and Tanner Gray, both senior theatre majors from Lexington, are winners of the Raymond Smith Scholarship. The $500 scholarship is given annually to juniors and seniors who have demonstrated creative and distinguished contributions to the department's programs through their commitment and active involvement with the Department of Theatre. Smith was one of Lexington's premiere patrons of the arts and taught design in UK's Department of Theatre from 1961 to 1989.

For more information about UK Department of Theatre scholarships and upcoming events, visit the department's website at www.uky.edu/FineArts/Theatre/index.html.