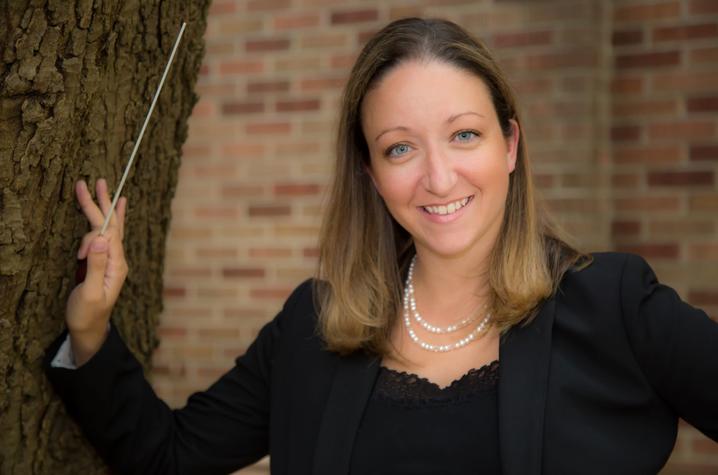 Shayna Stahl will be the first woman director of UK Athletic Bands.

“I am very pleased that Dr. Stahl will be joining us at the UK School of Music this summer,” said Stan Pelkey, director of the UK School of Music. “Dr. Stahl is an experienced director of athletic bands who has worked with Division I athletic bands for the past 15 years. She will be ready from her first day on campus to guide the Wildcat Marching Band toward a successful fall season.

“Dr. Stahl also impressed me, members of the search committee, and our students with her ability to connect quickly and authentically with students as a teacher and conductor. Because of that, I anticipate that she will also make significant contributions to our instrumental music education program. Dr. Stahl is a scholar of women composers and their works for chamber wind ensembles, regularly performs music composed by musicians from underrepresented communities, and possesses a record of intentionally nurturing the social, emotional and mental well-being of her marching band students. Those commitments and experiences will reinforce current efforts in the UK School of Music to foster a more diverse, inclusive and equitable musical community.”

“It is a tremendous honor to be invited to join the faculty as the assistant director of Bands/director of Athletic Bands,” Stahl said. “This position has always been a dream of mine since I started my journey working with college athletic bands. I had always been impressed that you could see and hear the energy that the students brought to each marching and pep band performance. I said to myself, I would love the chance to work with this group, be a part of the traditions and history while creating new traditions together. I am excited about this opportunity and truly look forward to working with the faculty, staff and students at the University of Kentucky.

While at the University of Washington, Stahl was awarded first prize in the American Prize in Conducting - Band/Wind Ensemble (Community Division) in 2017 and 2018. Stahl is a member of the National Association for Music Education, College Band Directors National Association, Women Band Directors International, Golden Key International Honor Society, Sigma Alpha Iota and an honorary member of Kappa Kappa Psi.