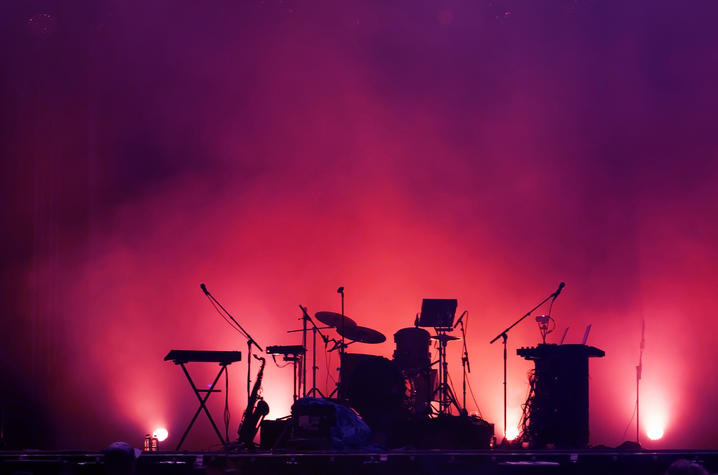 Lighting is one of several ways musicians use visuals to enhance the concert experience. iStock / Getty Images Plus

LEXINGTON, Ky. (Oct. 8, 2020) — Georgia Tech professor Philip Auslander will deliver this year’s Keith B. MacAdam Lecture on visually engaging one’s audience as part of music performances. The free and virtual public talk, presented by the University of Kentucky Division of Musicology and Ethnomusicology, will begin 3:30 p.m. Friday, Oct. 9, on Zoom.

Titled “Live — In Person! The Beatles as Performers, 1963-1966,” Auslander’s lecture can be accessed on Zoom here. The talk will draw on material from his new book “In Concert: Performing Musical Persona,” which addresses visual means by which musicians engage audiences through costume and physical gesture and other aspects of performance such as light shows. To access this lecture on Zoom, use the password GoCats.

Auslander refers to a musician’s presence before the audience as “musical persona.” While the presence of a musical persona may be most obvious within rock and pop music, the book’s analysis extends to classical music, jazz, blues, country, electronic music, laptop performance and music made with experimental digital interfaces.

Auslander received his doctoral degree in theatre arts from Cornell University and is currently a professor at Georgia Tech’s School of Literature, Media and Communication. He has written on aesthetic and cultural performances in theatre, acting, music, stand-up comedy and more. His primary research interest is in performance, especially in relation to art, music, media and technology. He has contributed art criticism to Artforum and other publications and has written catalog essays for museums and galleries in Austria, Norway, Germany, Italy, Switzerland, the United Kingdom and the United States.