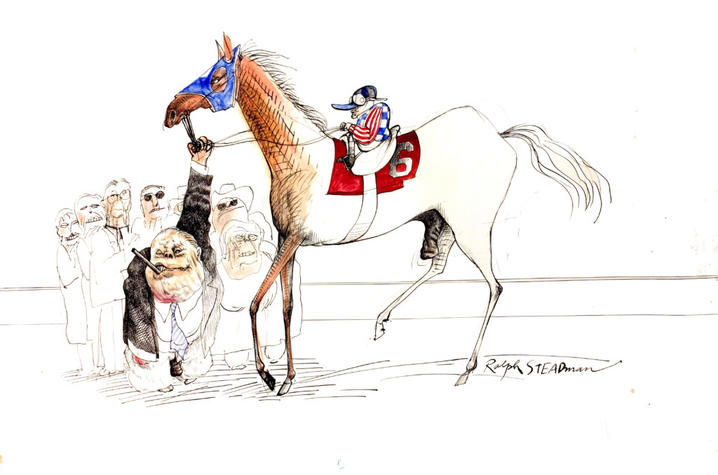 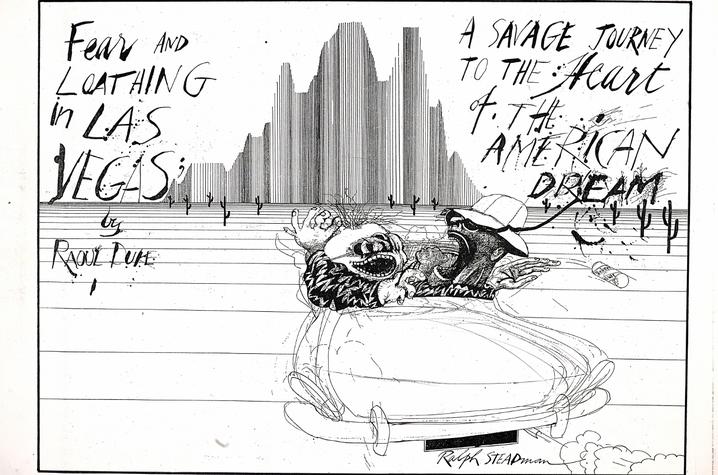 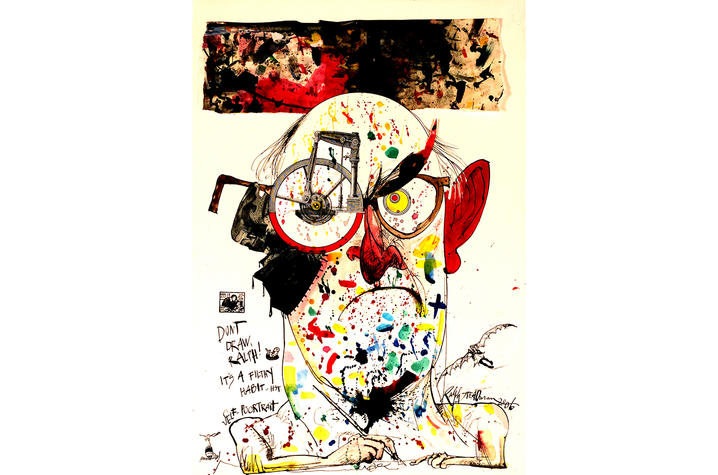 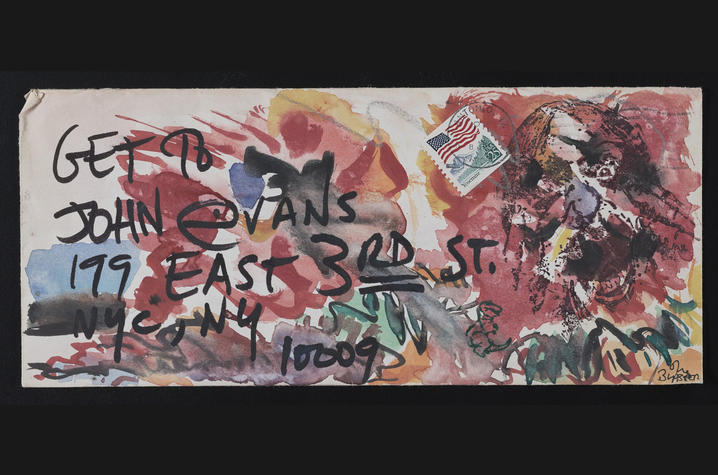 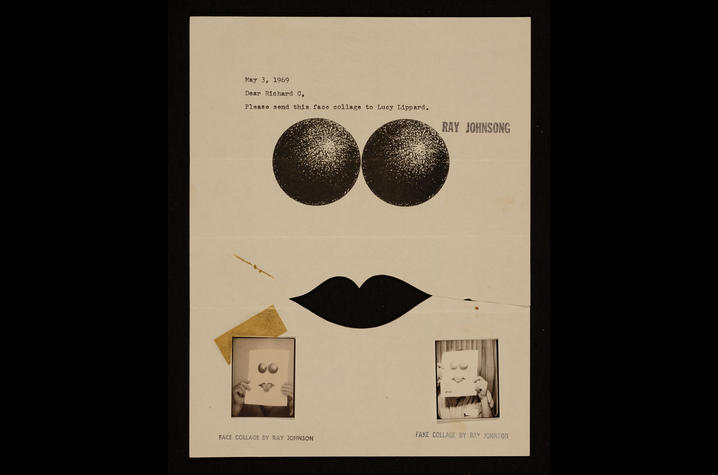 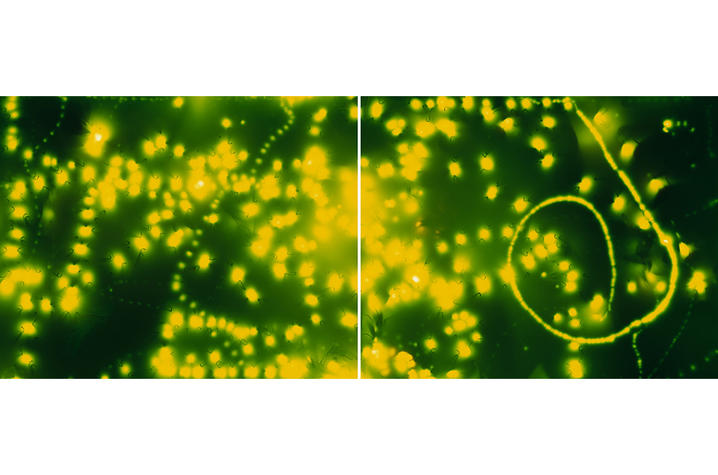 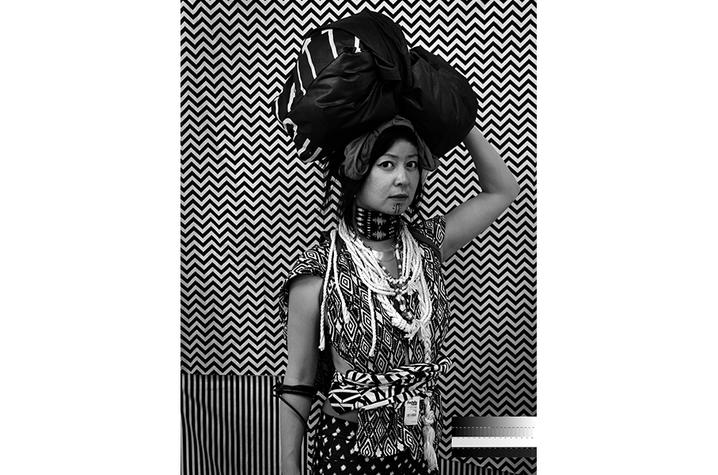 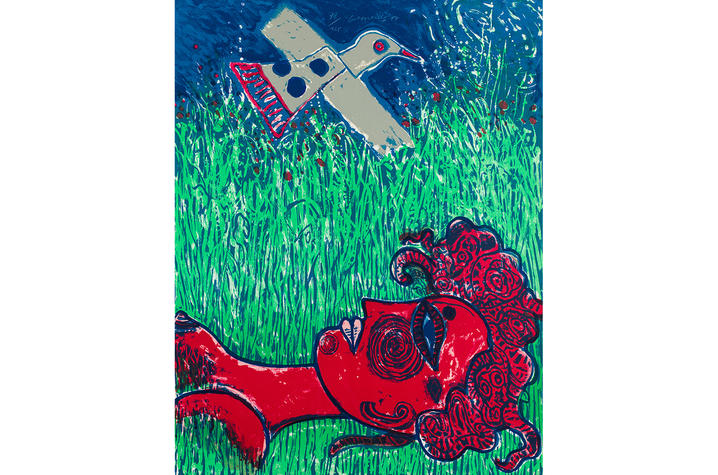 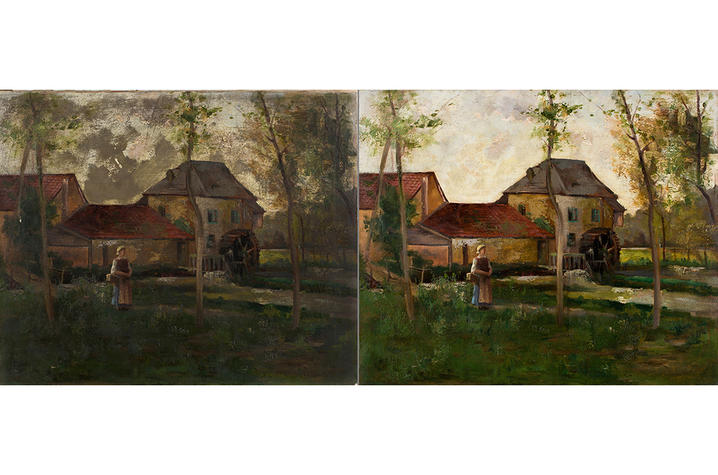 LEXINGTON, Ky. (March 5, 2019) — Whether it is what USA Today deemed one of the nation’s best exhibits of winter or an exhibition from the nation’s capital, University of Kentucky Art Museum has a show on display for you.

Go Gonzo for the ‘Ralph Steadman: A Retrospective’

From the pages of Hunter S. Thompson’s work and The New York Times to classics like “Alice in Wonderland” and “Animal Farm,” visual storyteller Ralph Steadman has made an undeniable mark on the world of illustration. Art enthusiasts are being treated to an exhibition of works from the artist’s 65-year career as the UK Art Museum brings “Ralph Steadman: A Retrospective” to the Bluegrass through May 5.

Combining expressive lines and emphatic ink splatters, Ralph Steadman’s work is an immediately recognizable style that has spanned decades. Featuring more than 100 original artworks and prints of Steadman’s, this retrospective examines the range of his projects in literature, theatre, television and product design.

“With a sardonic eye, and the whip of his pen, Ralph Steadman challenges us to see the world in all its glory, grit, humor and beauty. Viewers of all ages will recognize his work, even if they don’t know his name,” UK Art Museum Director Stuart Horodner said.

Originally curated in 2013 by Anita O'Brien at London's Cartoon Museum, and reorganized to travel throughout the U.S. by Sadie Williams, Ralph Steadman Art Collection executive director, the retrospective includes the sketches Steadman created as a student in the 1950s to present day drawings. Also on view are letters, press clippings and materials selected from the artist’s studio.

Of note to Kentuckians and fans of gonzo journalism, this exhibition features work from Steadman’s legendary collaborations with maverick journalist Hunter S. Thompson, including work documenting the Kentucky Derby for an article in Scanlan Monthly in 1970. In addition to his illustrations for Thompson’s “Fear and Loathing in Las Vegas,” he also created pieces for Private Eye, Punch, The Observer, The Guardian and Rolling Stone, among others.

While Steadman’s work was used to illustrate such literary classics as “Treasure Island,” he also created images for and authored numerous books of his own for readers of all ages, including “Critical Critter,” “I. Leonardo,” “Sigmund Freud,” “Emergency Mouse” and “No Room to Swing a Cat.”

It seems 2019 will truly be a gonzo year for the Commonwealth. In coordination with the exhibition at UK, the Frazier History Museum and the Speed Art Museum in Louisville will be hosting exhibitions which look at different aspects of infamous journalist and Kentucky son, Hunter S. Thompson.

Straight from the Archives of American Art, Smithsonian Institution, (the Archives), ironically following a hold-up as part of the recent federal government shutdown, a new exhibition documenting the international mail art movement has arrived at UK Art Museum.

"Pushing the Envelope: Mail Art from the Archives of American Art" is the work of Smithsonian guest curator Miriam Kienle, an assistant professor of contemporary art history at UK’s School of Art and Visual Studies. The exhibition features postcards, letters and packages that tested the limits of what could be posted.

Beginning in the 1960s, mail art (alternatively called “correspondence art” or “postal art”) emerged as a form of artistic practice in which an international network of participants used the mail to make art and share it with others. Mail artists circumvented traditional, elite modes of display and distribution — such as museums and commercial galleries — in favor of the more accessible space of the modern postal system.

“Together, these documents bring to light how artists from around the world looked to the postal system as an alternative means of producing, distributing and receiving art,” said Kate Haw, director of the Archives of American Art. “Each document tells a compelling, multi-layered story about this aspect of art history, artists’ lives and pressing issues of their times.”

Utilizing the commonness and connectiveness of postal networks, practitioners of mail art questioned the inequities of the global art market and national regulations regarding culture and communications, creatively sidestepping the art market and, in many instances, eluding government censors. Examining how mail art has worked across divergent cultural circumstances — from McCarthy-era America, to Soviet Poland, to Chile under the dictatorship of Augusto Pinochet — the exhibition invites viewers to consider issues regarding circulation, collaboration, and community among artists in and among specific national contexts.

Kienle developed “Pushing the Envelope” in conjunction with UK students in her special topics seminar on the international mail art movement. The students offered feedback on works selected for the show and even wrote some of the exhibition labels.

“Collaborating with students seemed to be in the spirit of mail art, but it also offered an excellent opportunity for students to work in a hands-on manner with archival materials and learn about the unique discoveries that can be made when you dig in to primary sources,” Kienle said.

"Pushing the Envelope" can be seen through May 5.

In addition to the Steadman retrospective and “Pushing the Envelope,” UK Art Museum is presenting four other shows for the next several months.

“Michael Flomen: Recent Work” brings the artist’s newest monumental photographs to Lexington. Flomen’s contact with the environment is both physical and spiritual; his work documents environmental alterations, such as the effects of acid rain or shifts in aquatic life due to climate change. This exhibition is on display through May 5.

In conjunction with the March 1 Robert C. May Lecture, UK Art Museum is presenting “Stephanie Syjuco: Recent Work.” Syjuco’s photographs and installation work address a range of contemporary issues, including the disputed ground of identity; nationality and citizenship; and the varied legacies of colonialism. This show is also available for viewing through May 5

In the aftermath of the unprecedented devastation of World War II — a group of artists and poets came together in a Parisian café with the intention of creating a movement that rejected European traditions in favor of something new, fresh and spontaneous. They named themselves CoBrA, after the founders’ native cities: Copenhagen, Brussels and Amsterdam. “CoBrA: Hope After Destruction” chronicles the movement that was heavily influenced by the expressiveness and energy of children’s art and emphasized spontaneity, loose gesture and strong colors. “CoBrA” can be viewed through June 2.

“TLC: Conservation and the Collection” is not just a tribute to diverse 19th- and 20th-century art, but to conservation and Chicago-based Barry Bauman, who, after years of running an internationally known conservation studio, retired and offered his services pro bono to nonprofit organizations to care for their treasures. Bauman has treated 47 paintings for UK’s museum. “TLC” runs through Aug. 4.

The UK Art Museum, located in the Singletary Center for the Arts at Rose Street and Euclid Avenue, is open 10 a.m. to 5 p.m. Tuesday through Thursday, 10 a.m. to 8 p.m. Friday, and noon to 5 p.m. Saturday and Sunday. Admission is free, but donations are encouraged.