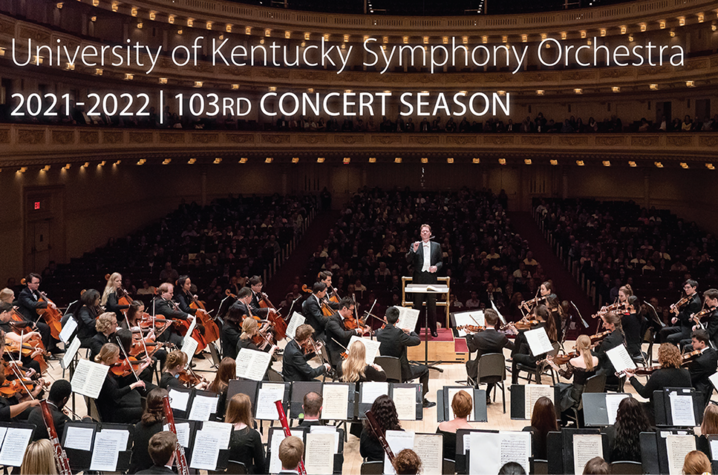 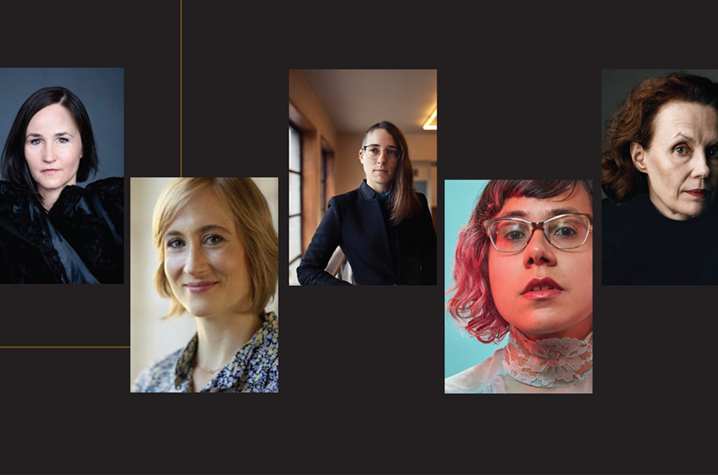 LEXINGTON, Ky. (Aug. 27, 2021) — The University of Kentucky Symphony Orchestra (UKSO), under the direction of John Nardolillo, has announced its 103rd season of concerts. The orchestra will return to an in-person public concert season with Edward Elgar’s “Enigma Variations” Sept. 24, at the Singletary Center for the Arts. The 2021-2022 UKSO season will continue with several Kentucky premieres as well as works from 10 living composers — including six women, Hannah Lash, Natalie Diettrich, Angélica Negrón, Kaija Saariaho, Vivian Fung and Anna Thorsvaldsdottir — and a concert in Louisville.

The opening concert featuring the Elgar's "Enigma Variations" will include the Kentucky premieres of Hannah Lash's "Music for Loss" and Natalie Dietterich's "aeolian dust." The program will also include a performance of Richard Wagner's "Dawn and Siegfried’s Rhine Journey from Götterdämmerung." UKSO's opening concert will begin 7:30 p.m. Friday, Sept. 24.

The following month UKSO will present Dmitri Shostakovich's Symphony No. 5 and a Halloween-centric performance of UK composer-in-residence Joseph Baber's "Frankenstein" to commemorate the retirement of the composer after a storied career at UK School of Music. The program will also include John Adams' "Short Ride in a Fast Machine" and Kentucky premiere of Ahmed Adnan Saygun's "Ayin Raksi." Joining Maestro Nardolillo for conducting duties will be UK doctoral students Sean Radermacher and Merih Erdem Özden. This concert will begin 7:30 p.m. Friday, Oct. 29, at the Singletary Center.

To close out the Fall 2021 semester, UKSO will present Johannes Brahms' Violin Concerto and Igor Stravinsky's Suite from "The Firebird." This program will also feature a solo performance by doctoral student and violinist Jeehee Kang, a winner of the UKSO Concerto Competition, and the Kentucky premiere of Angélica Negrón's "Me he perdido." This concert will begin 7:30 p.m. Thursday, Dec. 2, at the Singletary Center.

UKSO will open its spring semester with a performance in Louisville. The concert, presented as part of the College Orchestra Directors Association National Conference, will feature performances of Gustav Mahler's Symphony No. 1, “Titan," and Kaija Saariaho' "Ciel d’hiver" or "Winter Sky." The CODA concert will begin 7:30 p.m. Saturday, Feb. 12, at University of Louisville's Comstock Concert Hall.

UK's orchestra will return to campus the following weekend for an extended version of its CODA concert featuring both Mahler and Saarioaho's work with a solo performance by violinist and graduate student Madison Jones, a winner of the UKSO Concerto Competition, playing Jean Sibelius' Violin Concerto. This concert will begin 7:30 p.m. Friday, Feb. 18, at the Singletary Center.

The following month UKSO will present a concert featuring Elgar's Cello Concerto and Claude Debussy's "La Mer" or “The Sea." The Elgar will be performed by UKSO Concerto Competition Winner, cellist and doctoral student Jerram John, as well as performances of Ralph Vaughan Williams’ "Fantasia on a Theme of Thomas Tallis" and Vivian Fung's "Aqua." This concert will begin 7:30 p.m. Friday, March 25, at the Singletary Center.

The season finale will see UKSO join the UK Choirs on stage for Ludwig van Beethoven's Symphony No. 9 "Choral." The program will also include performances of Anna Thorsvaldsdottir's "Metacosmos" and Arvo Pärt's "Cantus in Memory of Benjamin Britten." UKSO's season finale will begin 7:30 p.m. Friday, April 22, at the Singletary Center.