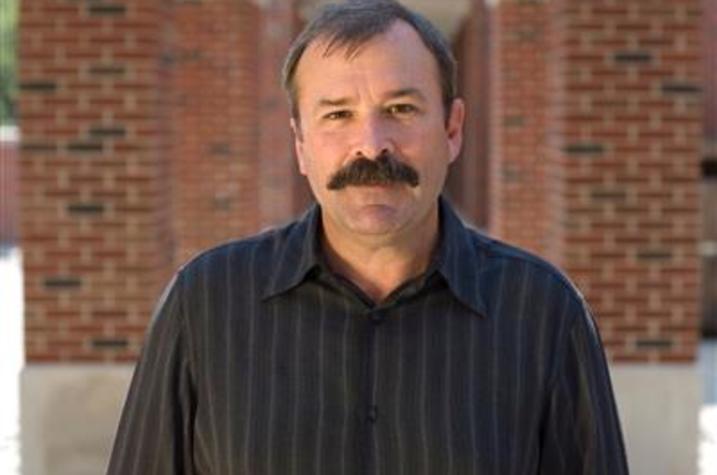 LEXINGTON, Ky. (Oct. 11, 2019) — University of Kentucky Percussion Professor James Campbell has been named one of Percussive Art Society's three 2019 Lifetime Achievement in Education Award winners. Established in 2002, the award recognizes the contributions of the most highly regarded leaders in percussion education.

"Although this award was a complete surprise, I’m proud to stand in the footsteps of my own college percussion professor who also received it in 2012," Campbell said. "I’m deeply honored to accept this international recognition from my profession and my peers."

James Campbell has received worldwide recognition as a performer, pedagogue and author, and is a respected figure in the development of the contemporary percussion ensemble. He has toured extensively throughout the Americas, Europe and Asia. Currently Provost’s Distinguished Service Professor of Music and director of Percussion Studies at UK School of Music, he also holds the positions of principal percussionist with the Lexington Philharmonic, drummer with the Kentucky Jazz Repertory Orchestra, and past-president of the Percussive Arts Society.

Having worked with several Drum Corps International (DCI) member drum and bugle corps, Campbell is well known for his long past association with the internationally renowned Rosemont Cavaliers, with whom he served as principal instructor, arranger and program coordinator. He was inducted into the DCI Hall of Fame in 2008. Campbell served as percussion director for the McDonald’s All-American High School Band and was inducted into the Bands of America Hall of Fame, which recognizes individuals who have greatly impacted the nation's band activity and music education.

Fellow 2019 recipients of the PAS Lifetime Achievement in Education Award are Christopher Deane, a professor of percussion at the University of North Texas College of Music, and Zhao Ji, who taught at Central Conservatory of Music. The three will be recognized at a ceremony at PASIC 2019 in Indianapolis in November.

"On behalf of everyone at PAS, I want to congratulate Jim, Chris, and the family of Zhao Ji. I think their body of work speaks for itself on why these educators were chosen for this award," said Joshua Simonds, PAS executive director.