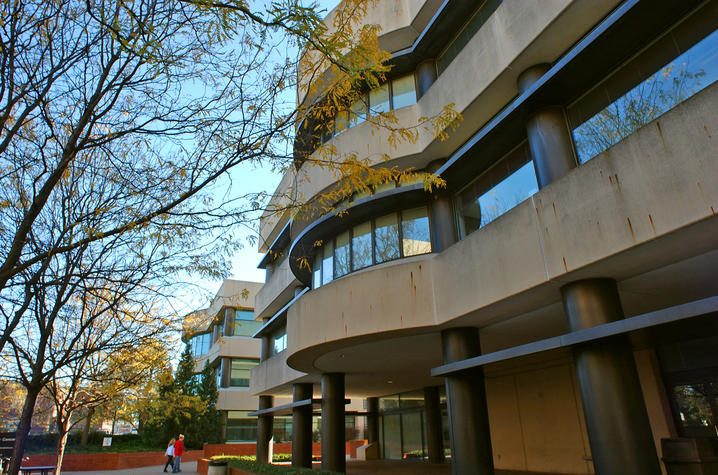 The following op-ed was written by President Eli Capilouto and Dr. Mark Evers and appeared in several regional newspapers.

Kentucky faces the highest cancer incidence and mortality rates in the United States.

Researchers at the University of Kentucky aim to reduce these numbers by half. We believe that’s what Kentucky can do.

In August of this year, UK announced the renewal of the Markey Cancer Center’s National Cancer Institute (NCI) designation It remains the only NCI-designated Cancer Center in the Commonwealth.

In the past five years, Markey has increased its research funding by nearly 50 percent ($13.5 million), including a 24 percent ($2.5 million) increase from NCI. Included in this increase is more than $2 million in funds reserved for NCI-designated centers. Markey’s position as a nationally designated center opens an important and transformational pool of funds—the most leading-edge research available in Kentucky.

As one of only 70 NCI-designed cancer centers in the country, UK is distinctively positioned to address the ongoing scourge of cancer. The five-year renewal, projected at $10.8 million, will support research, education and clinical trials. It will strengthen our ability to recruit world-class researchers and clinicians. It will enable us to further deliver on our promise, both on our campus and in communities across our region.

The numbers, in so many ways, appear daunting. According to the American Cancer Society, more than 10,500 deaths in 2018, alone, will be from cancer in Kentucky. Another 26,000 new cases will be diagnosed.

We can’t let startling statistics defeat us. And we believe we don’t have to, not with the right commitment to sustained investments in three critical areas -- prevention, precision and recruitment.

Among the most effective methods for reducing incidence rates, for example, is the intervention we make before cancer takes hold.

With the support of NCI, we have been able to implement more HPV vaccination interventions and tobacco cessation programs. We also are investing in the Cancer Training in Oncology Program that is preparing the next generation of clinical and health care leaders to join the fight.

At the same time, precision medicine, targeted therapies and clinical trials are the future of cancer treatment. The Markey Cancer Center is developing clinical trials specifically for the most serious cases, using the targeted tools gained by the Molecular Tumor Board, our Precision Medicine Clinic and Markey Research Network. These specialized approaches let us choose the best treatment option for the patient and gather data on gene mutations that may help clinicians and basic scientists recognize and isolate patterns in certain populations.

This work is made possible by the heroes, known and unknown, who labor intensively in research labs, operating rooms and communities across the Commonwealth.

Receiving NCI-designation in 2013 made UK an attractive option for the best and brightest talent and positioned Markey to successfully recruit more than 30 new experts in the past five years.

But the dramatic patient need and acuity remain stubborn. Markey’s outpatient visits have grown by 55 percent since 2009. The renewal of NCI-designation will help us redouble our efforts in recruiting top talent to our region who share an uncommon commitment to this complex and multidimensional challenge.

We are committed to keeping our promise to those who turn to us in their hours of need.

That’s why we are here: to keep a deep and abiding promise of better tomorrows for the Commonwealth.

We will work with dogged determination and unmatched resolve to address those questions that most vex our researchers, clinicians and scientists.

We will identify the novel opportunities for discovery to develop new treatments that will further diminish the cruelty of this epidemic.

The solutions we pioneer, where the problems are most acute, will have a profound ripple effect across our nation and world.

We are ready to change our state.

We are ready to show the world what Kentucky can do.