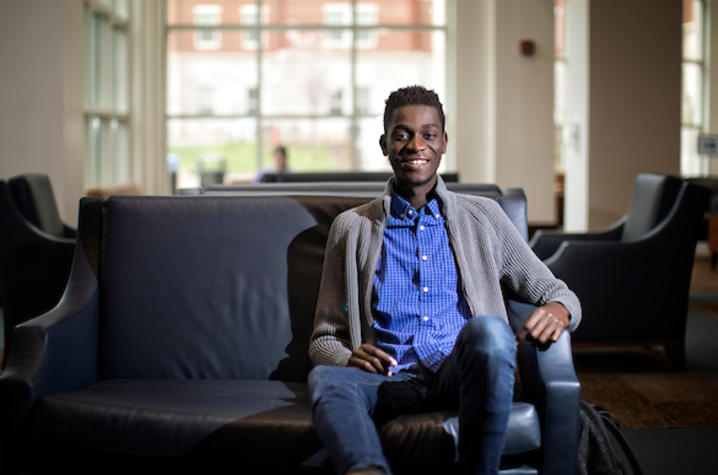 Yesterday, I attended the University Honors and Awards Banquet, hosted by Student and Academic Life and the Office of Student Involvement.

It was my first time attending this event as Provost, and I must say, events like this are the best part of my job.

Every member of the UK community has a responsibility to—and the privilege of—playing a role in student success. This event was a great opportunity to celebrate that as a community, and to recognize our students.

The Otis A. Singletary Outstanding Senior Award recognizes four graduating student leaders for their demonstration of superior student involvement, leadership, and service at UK throughout their undergraduate careers. For this award, we recognize two finalists and two recipients.

The first finalist, Ben Childress, is a Gaines Fellow, President of Student Government, a member of Beta Theta Pi, and family relations committee member. As I have had the opportunity to get to know Ben Childress, and I can say that I agree with his nominator about his credentials. He is a self-starter with innovative ideas; he demonstrates a commitment to making a positive difference in his community and beyond.

Dr. Phil Harling wrote that, during a Gaines Fellowship trip to China, he admired Ben’s work as a cultural ambassador. Ben went out of his way to seek out as many Chinese students as possible. This mirrors Ben’s desire to make sure that he’s building meaningful relationships everyone that enters his orbit.

Our second finalist, Alyssa Rice, is a successful student-athlete on both sides of that phrase. She has played her heart out on the basketball court, and she’s earned a nearly perfect GPA in the classroom.

Alyssa is also dedicated to public service, as a volunteer mentor at the non-profit organization, Amachi. This organization provides mentors to Lexington children who have been affected by the incarceration of a parent or guardian. Alyssa says that she hopes she has left a legacy of inclusive leadership and community-building.

An international student from Chad, Esias saw a need for malaria education in his home village, Dono Manga, a rural area where malaria is prevalent and where his community suffers from lack of resources. Esias founded “Motocross for Malaria” to both educate people in the rural areas of Chad about the disease and to provide anti-malarial treatments. He has helped create and distribute educational materials by translating them into multiple native languages. He has also used his time as a student to pursue scholarly research to inform actions of the organization.

Esias has a passion for the field of Public Health, which is rooted in serving others. After graduation he plans to attend Harvard University, pursuing a Master of Science degree in Global Health and Population, before attending medical school.

Our final winner, Elizabeth Foster, is described as a passionate servant leader. Her level of commitment, ability to connect with others, and advocacy for those whose voices are not always heard are just a few of her distinguishing characteristics. As the Vice President of Student Government, she wanted to survey the student landscape to determine what different populations on campus needed more support.

Elizabeth also recognized that the selection process for Student Government was biased toward students who were involved in the Greek community. She wanted to make sure that all students felt welcome and represented in SGA, and Elizabeth revamped the process to make it more fair and inclusive. While pioneering these initiatives aimed at benefiting the UK community, Elizabeth was also successful in the classroom. She pursued a degree in Electrical Engineering, a certificate in Power and Energy Studies, and a minor in Mathematics. She certainly is a role model for other women in STEM fields. After graduation, she will attend the University of California, Berkeley to pursue a Master’s degree in Engineering.

I want to congratulate our finalists and our Otis A. Singletary Outstanding Senior Award recipients. Thank you for your hard work and continuous involvement at the University of Kentucky. You make us very proud.