Nearly a decade ago, it was a small conference about an issue only starting to come out of the shadows of stigma and shame – the growing epidemic of opioid addiction and substance abuse disorder.

And while we are, without question, in the midst of what is still a daunting challenge, there are also clear signs of hope.

Congressman Hal Rogers for decades has been the voice – first as a singular, sometimes lonely champion; later as the conductor of a growing chorus – about how this epidemic has ravaged communities across the country. Perhaps nowhere has the impact been felt more deeply or acutely than in his Appalachian home.

But Hal Rogers has relentlessly sought and fought for answers. And we are starting to see hopeful signs that his efforts and leadership are paying off.

The initiative he created – Operation UNITE – has fostered greater and necessary collaboration among law enforcement, treatment professionals and educators across the region and, through the RX Summit, the country. Now, for example, drug courts have been created across Kentucky and the United States. Next month will be the 30-year anniversary of drug courts and, today, there are some 3,000 of them.

In 2017, some 4 million people received treatment for substance abuse disorder. That’s far below how many we know are in need of treatment, but the growing numbers represent the increasing recognition of the fact that opioid addiction is a disease, not a failing.

And last week, the federal Health and Human Services Cabinet announced a $350 million investment in defeating this scourge. The National Institutes of Health’s HEAL program selected four sites with the goal of reducing opioid overdose deaths by 40 percent over the next three years in communities across the country. The University of Kentucky – led by research Sharon Walsh – was one of the sites selected. A team of some 20 researchers, working in partnership with more than 200 volunteers and community leaders, will dive deep into the root causes of opioid addiction and death in 16 counties across the Commonwealth.

They have one goal: defeating death.

To be sure, there is much work to do: 70,000 people died from drug overdoses this past year. That means as Congressman Rogers noted at the start of this year’s Summit, that 800 people will die this week from an overdose during our meetings. Life expectancy in this country has dropped for successive years, in large measure driven by deaths from drug overdoses.

But there is hope.

And there is the continued and deepening collaboration of universities and health care systems, policymakers and public health professionals, law enforcement officials and educators. They are unbowed by the challenge. Indeed, after years of commitment, they see the light of hope shining in the darkness.

Hal Rogers continues, undeterred and with uncommon persistence, to shine the light.

It is up to us to continue to follow in his path. 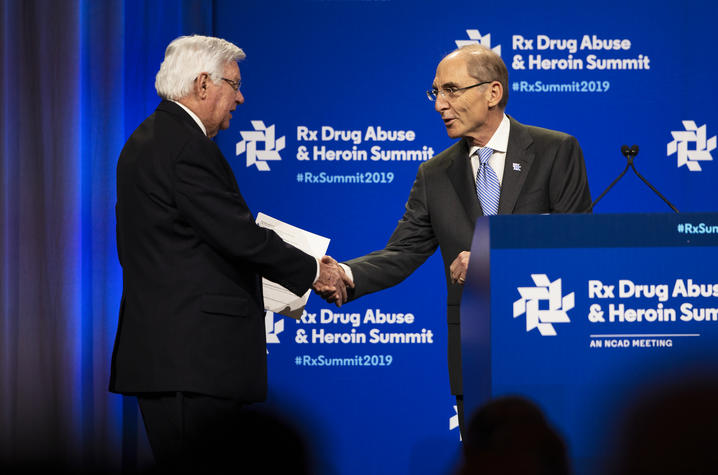