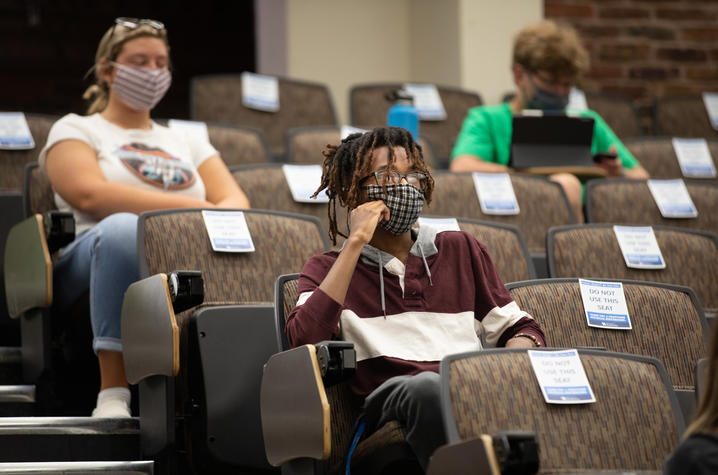 In the university’s recent anti-racism training for senior administrators, Dr. Candice Hargons’ teachings reminded me of some of my favorite books. Although they happen to be historical, they are both very much relevant to today’s issues centering around race relations.

In 1968, Winthrop Jordan published what ultimately became an award-winning book: “White Over Black, American Attitudes Toward the Negro, 1550-1812.” In the text, Jordan explains that—even before encountering Africans (Blacks) in Africa—Europeans, especially the English, had several misconceptions about Africans, including that they were Black because God had cursed them.

In addition to this misconception, they believed that Africans’ religion, sexual attitudes and family life were unusual. It was tragic, Jordan explains, that Whites encountered Africans and the animal that most resembled man—ape—at the same time and in the same place, and they speculated that Africans had descended from apes. Eventually, he shows how many of our own founding fathers believed these negative things and that, ultimately, these beliefs still exist in the 20th (and now the 21st) century. I believe this book can help our community have a more complete understanding of racial prejudice and racism that exists in our nation.

Later, In 1984, Joel Williamson published “The Crucible of Race: Black-White Relations in the American South Since Emancipation.” After slavery ended, Whites were determined to create a new order that cemented Blacks at the bottom of society. He further discusses racial violence and how all elements of southern white society participated. Whites justified lynchings so well that Presidents Theodore Roosevelt and Woodrow Wilson never questioned this violence.

It is difficult to say that one book clearly helped my understanding of growing up Black, but if I had to select one, it is Richard Wright’s “Black Boy” that was published in 1945 and described his experience growing up in Mississippi in the early 1900s. In his memoir, both Whites and Blacks had very different places in society.

Wright never accepted the “designated place” others assigned for him; instead, he believed that one’s place should be at the highest level they can reach. As only a sophomore at UK at the time, I remember writing in the margin of his book, “JUDGE YOURSELF.”

And, while both Jordan and Williamson are White scholars, I’m confident that they give the reader a deeper understanding of the historical and contemporary roots of racial prejudice and why, despite our ongoing efforts, it is so difficult to end.

These texts are a reminder of how racism is so entrenched in everything we do—as individuals, as a community on this campus and as a nation. The systemic and systematic racism that exists today, while it may look different now, is still a part of who we are. We must learn about it, acknowledge it and commit to a safer, anti-racist future for our classmates, colleagues and neighbors.

For more resources on diversity, equity and inclusion, the College of Arts and Sciences has put together a comprehensive list here.